Justice League Movie Back on Track at Warner Bros.

By: Steven Chaitman | Movie News | June 6, 2012
After the raging success of The Avengers, can you blame Warner Bros. for finally taking a Justice League movie seriously? The studio has tasked screenwriter Will Beall (this fall's Ganster Squad) with uniting all of DC Comics' greatest heroes.

Actually, Variety says that Beall was hired for Justice League last year, so DC and Warner Bros. have probably been thinking about this for awhile since the George Miller-directed version died back in 2007. The question is: how they hell are they going to do it? 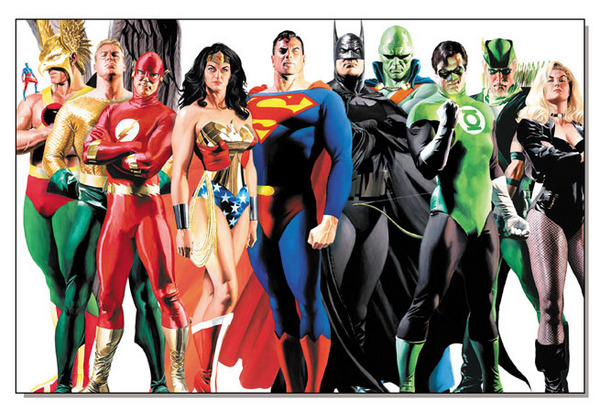 Marvel constructed The Avengers in a highly calculated manner, introducing heroes with (successful) solo films over the course of five years. With all those characters in house, they could control exactly how and when they did it all and keep the continuity of both the actors playing the roles and the universe they live in. The key DC characters that form the Justice League (Batman, Superman, Green Lantern and Wonder Woman) are all in different stages of film development.

Let's assume that Warner Bros. and DC want the same actors playing those heroes in solo features to play them in Justice League, because it would be awful to completely disregard any continuity. I don't think The Avengers becomes the third biggest film of all time if all of Earth's Mightiest Heroes had been recast.

Anyway, the biggest stumbling block is Batman. The character is coming off the most successful trilogy of superhero movies ever and /Film reminds us Christian Bale has made it clear he's hanging up the kevlar after The Dark Knight Rises. Bale and Christopher Nolan's incarnation makes it really hard to envision another Batman—ever. Warner Bros. would likely use Justice League as a spring board for a new Bruce Wayne, as I can't imagine execs would want anything to do with a Justice League that didn't have Batman in it, a character whose popularity has probably passed Superman's thanks to the Nolan trilogy. 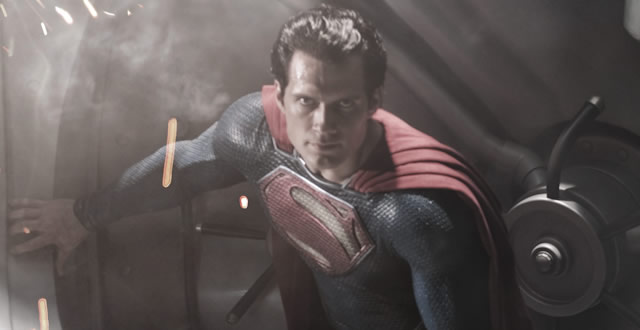 Speaking of Superman, with Man of Steel out next summer, the last son of Krypton is in prime position to lead the Justice League — assuming he will be played by Henry Cavill. There's a good deal of faith in what Zack Snyder is doing with the character thanks to a little help from Nolan in a producing role, and fans are eager to replace the taste of Superman Returns has left in their mouths.

Green Lantern is coming off a disappointing first outing with Ryan Reynolds bearing the ring, but Reynolds star is high enough that I don't think Warner Bros. would be afraid to keep him as Hal Jordan. The biggest problem with Green Lantern was its utter ineptitude at the international box office, a problem remedied when you have him cushioned by Batman and Superman. With Reynolds likely contracted for at least one other Green Lantern film, it might make sense just to use it on Justice League.

Then there's Wonder Woman. After NBC decided not to pick up the television pilot this past year, all hope was lost. Variety very casually drops a mention that Green Lantern writer Michael Goldenberg, who also wrote Harry Potter and the Order of the Phoenix, has been asked to give Wonder Woman a feature film treatment. Drive director Nicholas Winding Refn has clearly stated in the past that he'd like to make a Wonder Woman film starring Mad Men's Christina Hendricks, but he wants to see how things go with his planned Logan's Run remake, which is still in the scripting stages, coincidentally with Beall doing a rewrite. 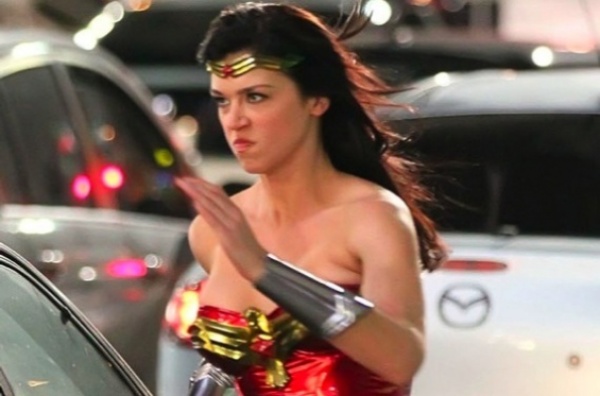 It's tough to guess whether a Wonder Woman solo film would be more crucial to boosting a Justice League film than the Justice League film would be to boosting an eventual Wonder Woman solo film. Considering the character's troubled history, the latter might actually make more sense. Perhaps Warner Bros. will wait to see how The Avengers impacts solo outings for Iron Man and Thor next year.

Now that this news has broken, look for lots more tidbits on Justice League as Warner Bros. and DC execs to field a ton of questions until something more formal is announced.