Justified – When The Guns Come Out

Is too much of a good thing bad for your health? If that's the case, Justified is the most dangerous show on the planet. Nothing gets the juices flowing like a good old fashioned showdown between two seasoned foes, and judging from the events that occurred on "When The Guns Come Out", Boyd Crowder & Robert Quarles are one step away from an all-out war. The writers have sewed the seeds of awesomeness over the first five episodes of this season and now, the groundwork has finally paid off. Season three has officially entered into hostile territory, for characters on both sides of the law. To say that Raylan Givens is in the middle of a shitstorm of galactic proportions, would be an understatement. 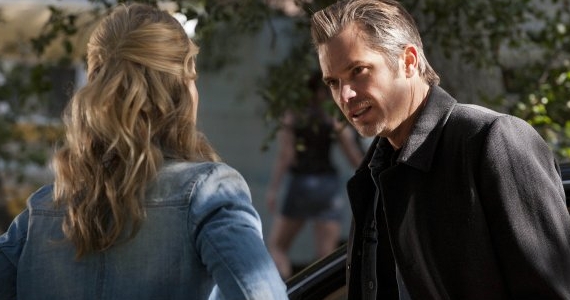 Before I venture into the meaty part of the episode, let's first get this out of the way. I have re-iterated time and again that Raylan & Winona's relationship, although seemingly perfect & symbiotic at the outset, is one of those TV matchups that is destined to fail in the end. I have to say however, Winona chose a perfectly awful time to give Raylan the heave-ho. There will be differing views about the thought process behind Winona's sudden change of heart, but as a guy, this is what I see. Winona KNOWS who Raylan is and what he does for a living. She knew it when she married him and it was apparently the reason she divorced him as well. Raylan Givens will not change who he is or what he does, regardless of how sincerely he contemplates hanging up his hat for good. He will continue to shoot people and people will continue to shoot at him. Winona seemed to have genuinely accepted Raylan's situation, something she clearly mentioned last week. So my question is --- what the hell changed?? Did boredom compel her to consult a magic eight ball?? Did she develop a secret crush for Fletcher "The Ice Pick" Nix?? I'm pretty sure she tried to "change" Raylan the last time around and failed. What made her think this time would be any different? It would be unfair to blame either side for their situation, but Winona's stock has dropped considerably in my book after this decision of hers. This was probably a way for the writers to indicate that her stint on the show is coming to an end, but regardless of the shift in the status of their relationship, Winona is still Raylan's weakness. You can be rest assured that Quarles & Duffy will exploit this in the future.

Winona's sudden disappearance did serve one advantage for everyone --- it put Raylan in a foul mood. If there's one indication which suggests that Raylan plans to go on a rampage, it's his preference to work alone. Some of the best moments that Justified has provided over its two and a half seasons involve Raylan, his gun, and his penchant for badassdom. It was a joy to see him in top form during this episode, especially his conversations with Boyd & Delroy. Although a certain amount of recklessness was involved in the way he handled himself (for obvious reasons), you cannot dispute the results. Regardless of the other developments that occurred this week, "When The Guns Come Out" was an important episode because it summarized Raylan's life in a nutshell. All the important people in his life (whether it was Winona, Arlo, or even Boyd) live in Harlan County. This is his life. And now, he knows exactly where he stands with each of them. 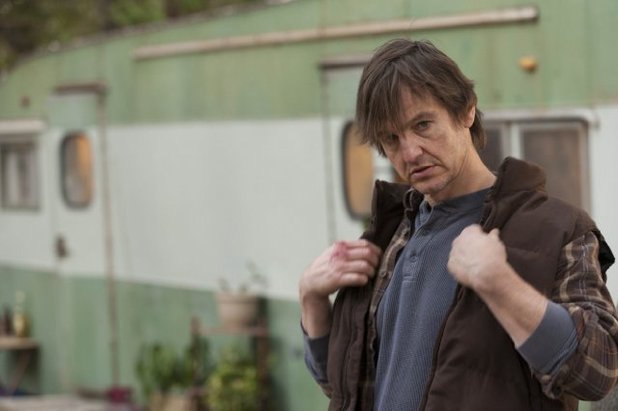 The events of "When The Guns Come Out" began with an attack on Boyd's Oxy dispensary (formerly Raylan's aunt Helen's house) by Tanner Dodd and company, which resulted in three deaths (one of them being Trixie, Limehouse's informant). Any other criminal mastermind would have considered this to be the work of Robert Quarles, but Boyd Crowder is made of sterner stuff. It was a sensible move for Boyd to test the waters and consult Limehouse about the recent events that have transpired. I'm not entirely sure what led him (and Ava) to suspect Limehouse for actually carrying out the attack, but those suspicions as it turns out, weren't entirely baseless. It seems that Limehouse's (yet to be named) second-in-command decided to pull some strings of his own in order to trigger a war between Boyd & Quarles. The decision to actually hire Tanner Dodd to attack Boyd's business seems like something Limehouse would come up with, but he didn't. The news was not well received by Limehouse and It's entirely possible that Mr. Initiative (let's call him that from now on) might already be floating in a vat of lye (or acid or whatever else is the "corrosive substance of the day"). While Boyd was planning his next line of attack, there was one witness left alive after the shooting at Helen's place, a prostitute named Ellen May, who could easily identify Tanner and his accomplice as the shooters. It's uncanny how frequently Raylan & Boyd's interests seem to collide, and since Ellen May possessed knowledge both of them needed, Raylan & Ava decided to join forces to ask her what she knows. Raylan's eventual handling of the Tanner situation was fun to watch, though what were Tanner and his cronies trying to accomplish by attacking a US Marshal... your guess is as good as mine.

Although Quarles only made a few brief appearances in this episode, they were worth their weight in gold. Neal McDonough continues to intrigue and impress as Robert Quarles and I have to say, his views on the whole Boyd-Raylan situation got me interested. Could there be a possible scenario where Quarles tags Raylan as dirty? Is that why the FBI will be entering the picture next week? And was that ANOTHER dude strapped to Quarles' bed at his place? An interesting dynamic that has emerged out of nowhere is the relationship between Quarles & Wynn Duffy. Duffy seemed like a twisted little troll when we first met him in season one, but his dealings with Quarles have reduced him into a bundle of nerves. Ever since Quarles killed Emmitt Arnett, Wynn Duffy has assumed the disposition of a monk, which I think is hilarious. The perplexed look on his face when he heard the sounds coming from Quarles' bedroom was priceless! 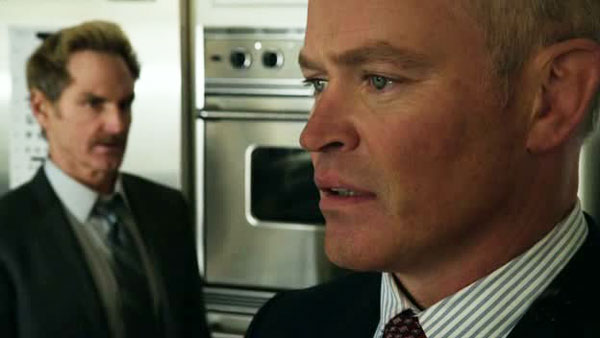 - How badly did you want Raylan to shoot Arlo again?? I don't normally condone it when a son shoots his father, but Arlo Givens is just a genuinely bad person. Raylan needs to shoot him in the backside or something. On a sidenote, is Arlo going crazy?? He seemed to be arguing with Helen's ghost.

- Tim Gutterson (Jacob Pitts) finally made an appearance in this episode. For twelve seconds. Great.

-  Awesome guest star of the week: Ellen May's pimp was a guy named Delroy (played by William Mapother from Lost). The guy looks like Tom Cruise without a facelift. Oddly enough, he's Tom Cruise's cousin. I'm not kidding. Look it up.

- If you remember Quarles' conversation on the phone, he was asking the person on the other line to send someone called "Sammy". Brace yourselves! Another awesome character is heading over to Justified.

- Raylan's quote of the week - (To Boyd) "You wanna run your hillbilly heroin fiefdom up here, that's between you and the great state of Kentucky. I got no interest in shitkicker-on-shitkicker crime, but you will not drag me into this. The next time you set up any operation in this county or anywhere else, it better not have my God damn family name on the deed or so help me God I'll lose this star and the dance we do subsequent to that will not end with you finding Jesus in a hospital bed".

Harlan County is to FX what Westeros is to HBO (if that makes any sense). There are just so many things happening on this show at the moment that it's difficult to keep track. But each development is significant enough to decide who will eventually win the war looming in on the horizon. With Winona safely tucked away at her sister's house (at least for the time being), Raylan can finally focus on what we want him to do --- take down Robert Quarles.