Player Affinity's Top Tens keep coming with our Xbox Department.  Will the multi-platform releases beat out Microsoft's exclusive franchises and XBLA games?  Will our Xbox Team name anything on Kinect among our favorites for the year?  Let's find out, starting with Justin's list of his ten best games for the Xbox in 2011.

10:  Assassin’s Creed: Revelations.  The seemingly last adventure of series protagonists Ezio and Altair, Assassin’s Creed fans will have no trouble loving this title.  Although many complained that Brotherhood tops the newest entry in the franchise, that shouldn’t detract from the appeal of the characters and the setting.  While not recommended for new players, Revelations does enough differently and features a broader variety than the repetition of previous titles, and that’s why it clocks in at #10 on my list.

9: Forza Motorsport 4 - This 360 exclusive racing sim gives Sony’s Gran Turismo series some serious competition.  Being the first serious racing game to feature Kinect support as well as traditional configurations, Forza Motorsport 3 profile uploads, and over 500 cars from over 80 manufacturers, Forza 4 could be argued to be the best on the market.  The only reason it’s so far down is because of the relative stagnation of its genre, which makes the game feel a little too much like Forza 3. 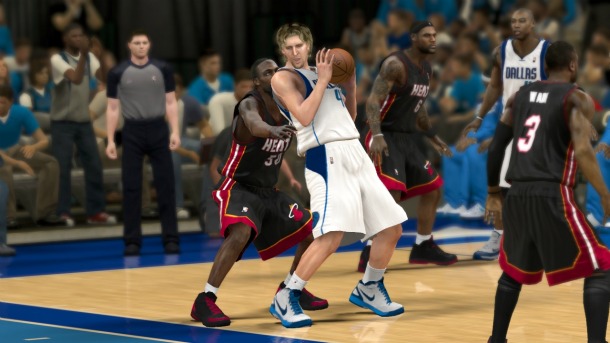 8: NBA 2K12 - The rave reviews for NBA 2K12 convinced me enough to try it.  I’m a huge basketball fan, so it wasn’t much of a stretch for me to pick this up.  I must say, NBA 2K12 has one of the best presentations not just for the sports genre, but for all other genres as well.  The new post mechanics make it a breeze to set up on the block and score from either the low or high post, an art form that unfortunately is often lost amongst the “drive and kick” play of the NBA.  The addition of classic teams to the fray makes this package all the more worthwhile, as players can enjoy the finesse of the teams of their youth.  This is easily the best sports title I’ve ever played.

7:  Deus Ex: Human Revolution - Eidos Montreal’s continuing saga of human enhancement continued this year after a long hiatus.  The end product is a prequel to 2000’s Deus Ex, and it elicits a feeling of true freedom and consequence driven by its open-world gameplay and intricate social interactions.  The outsourcing of boss fights to another studio is my reasoning for dropping it down to #7, as they felt less epic and attached to the story as they should have been.  Otherwise, you might have seen this one closer to the top.

6:  Dark Souls - There aren’t many games out there like Dark Souls anymore.  Risking sounding like a senior citizen by saying that “they just aren’t made the same way anymore,” this age-old mantra actually bears some truth when it comes to Dark Souls.  Most studios stray from crafting an intensely difficult experience to avoid hurting their sales numbers, but From Software actually takes the punishing difficulty model and runs with it in its spiritual sequel to Demon’s Souls.  The result is a finely crafted RPG that brings back memories of actually accomplishing something when you finish a video game. 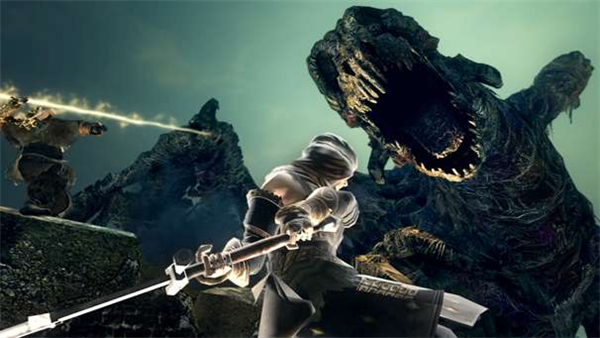 5: Battlefield 3 - Despite an adamant effort from DICE, Battlefield 3 just can’t compete with Call of Duty.  Don’t get me wrong, I didn’t put MW3 above BF3 solely on the basis of sales numbers.  Rather, when you get down to the meat of it, the games are very similar in scope and identity, but MW3’s campaign does a bit better job of delivering a moderately enjoyable campaign.  For that reason alone, I have MW3 just barely edging out BF3 for the top FPS spot of 2011.

4: Call of Duty: Modern Warfare 3 - Infinity Ward’s next entry in the Call of Duty mega-franchise did not disappoint.  Selling over 6.5 million copies on its launch day alone, Activision’s cash cow shows no signs of slowing down anytime soon, obliterating all the previous records for day one sales.  Launching with the new social service Call of Duty: Elite, Modern Warfare 3 remains the juggernaut in a vastly overcrowded FPS market.

3: Batman: Arkham City - You don’t have to be a fan of Batman to enjoy Arkham City; in fact, you just need to be a fan of video games.  The extent of my Batman knowledge begins and ends with Christian Bale, but that didn’t stop me from kicking the crap out my enemies with the dark knight’s wide array of combat techniques.  Rocksteady Studios far and away equaled and surpassed every aspect of Arkham Asylum with this effort.

2: The Elder Scrolls V: Skyrim - Skyrim gets bumped down to the second spot for one reason: no multiplayer.  While its single-player experience is unparalleled, the lack of multiplayer makes the title suffer long-term.  After sinking over 100 hours into the game already, I’m beginning to feel the lack of continued interest mounting, which is certainly not Bethesda’s fault, but I’d love the game all the more if I could slay dragons with my buddies too. 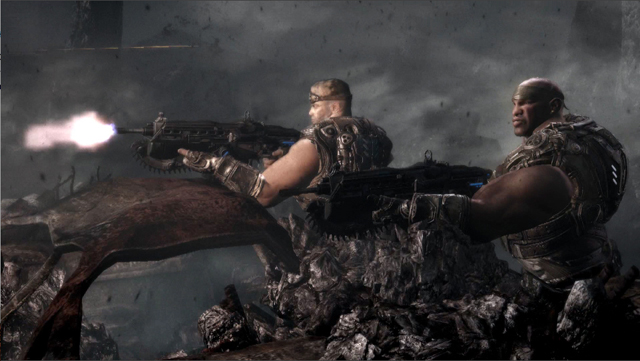 1: Gears of War 3 - Epic’s final part of their Gears trilogy is simply a masterpiece.  It blends fantastic, well-polished gameplay with great characters and a compelling story.  The single-player campaign is infinitely replayable, and the multiplayer modes offer variety that few other franchises can boast.  Gears of War 3 will be in my 360 for a long time, and I’m perfectly fine with that.