Kinect Star Wars and its associated bundle have been officially announced, and they’ll be hitting shelves on April 3rd.  The game alone will run you $49.99, while the bundle, which features a special edition Xbox 360, Kinect, controller, the game, and a unique C-3PO character, will cost $349.99.

Kinect Star Wars has 5 modes including Jedi Destiny: Dark Side Rising, Podracing, Rancor Rampage, Duels of Fate, and the much anticipated Galactic Dance Off. 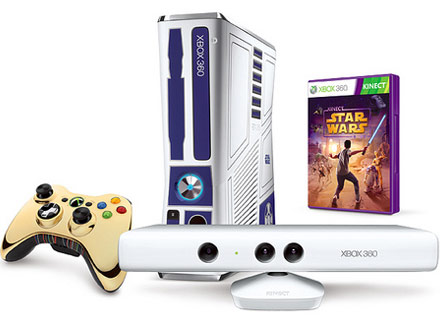 Jedi Destiny is comprised of an amalgamation of space battles, speeder bikes, and landspeeder modes, as well as duels against characters such as Darth Vader and Count Dooku.  Duels of Fate is a dueling mode to “sharpen your Jedi skills,” and Galactic Dance Off is exactly what you think (Fear)it is.