King of the Kickstarters: Best Games Currently in Development

Many of you may have heard of the term “Kickstarter” and some of you may not have. The Kickstarter scheme is probably one of the best ways for indie Developers/Games Companies to get funding from fans of games and the gaming community in order to be able to cover the costs of their development and create a game or peripheral to give back to the fans. In fact it’s not just games, you can make a Kickstarter for basically any project where you will be offering a service or any goods. Kickstarter is an American-based private for-profit company founded in 2009 that provides tools to raise funds for creative projects via crowd funding through its website and is such a powerful platform that some games have even received in excess of $80 million in funding. Today I’m going to be delving in to some of the best games and peripherals currently in development on Kickstarter to see if it really is worth the community pumping their money into them.


First we’ll start off with the game LFG - The Fork Of Truth by developers Ryan Sohmer (Blind Ferret/Paladin Studios) which describes itself as  “A 4-player co-op RPG based on the online comic based on RPGs of Blind Ferret. Looking for Group has come full circle! For PC, Mac and Linux”


The first thing that stuck out for me was RPG (My favorite genre) so thats a good start. Then LFG implies “looking for group” which shows its a co-op game which is strengthened by the 4 player listed in the title, multiplayer is another passion of mine. Then I see something awesome, Cross platform play! and on the site it says it will be coming to consoles if funding goals are met! another plus point. As the world becomes more diverse and people try new things it’s great to see companies following suit and developing their games as multi platform. It just means it can grab an even bigger audience.

In the game, you and your friends get to play the parts of Cale, Richard, Benny and Krunch as you run around Legarion burn down villages and cut a swath through farmland! Or you could do fetch quests for farmers and help people with goblins. It's really up to you. You will interact with familiar faces and visit recognizable places. You will yield legendary weapons from the comic and you'll find some shiny new weapons with which to stab people. The game takes place between issues 1 and 12 of the comic and will be like a side-story. The graphics look really sharp and remind me of an updated Mystical Ninja Starring Goeman that we saw on the N64 some years back. You could play the game solo but it’s pitched as a multiplayer and seems a lot more fun filled if you play it with others. It is a top-down button masher, a bit like Gauntlet, and the game starts with 12 playable levels.

We can see this game is going to be great fun. It reminds me of some of the steam multiplayer bundle deals I see around like bunch of heroes and could really be a great little multiplayer. You can find out more information about it LFG - The Fork Of Truth HERE

Next we look at a great little project for the Rasberry Pi which is the worlds smallest personal computer. The Raspberry Pi is a credit-card sized computer that plugs into your TV and a keyboard. It’s a capable little PC which can be used for many of the things that your desktop PC does, like spreadsheets, word-processing and games. It also plays high-definition video. I have seen one of these in action and they’re awesome, they’re actually a really good starting point to get into software coding ad developing with Linux platforms. In fact seeing as LFG - The Fork Of Truth  runs on Linux it means you could even play that on you Rasberry Pi, if you have one that is. 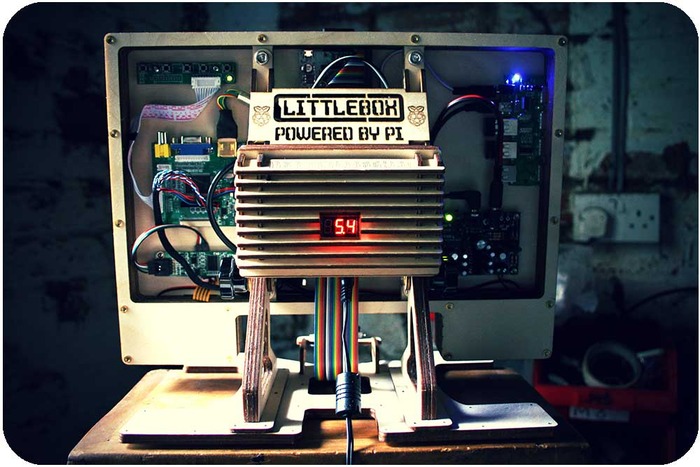 The LittleBox PC Kickstarter is for a build-it-yourself kit containing over 60 laser-cut parts, an LCD, and more than 100 Nuts, Bolts, & Screws to turn your Rasberry Pi into a fully running personal computer. The LittleBox is designed to be built at home, by anyone, and with the minimum of tools. Everything you need to turn your Raspberry Pi into a Desktop PC is included as part of the complete LittleBox kit. The whole thing just looks awesome to me. The fact you can build it yourself makes it that little bit more personal and adds that extra touch. The package features 61 Laser-Cut parts are are produced from a single sheet of 3mm Birch plywood. The plywood has a protective backing and compressed air is blown around the cutting-head to help minimize burns and scorch marks. The end result is a clean and precise set of plywood components. 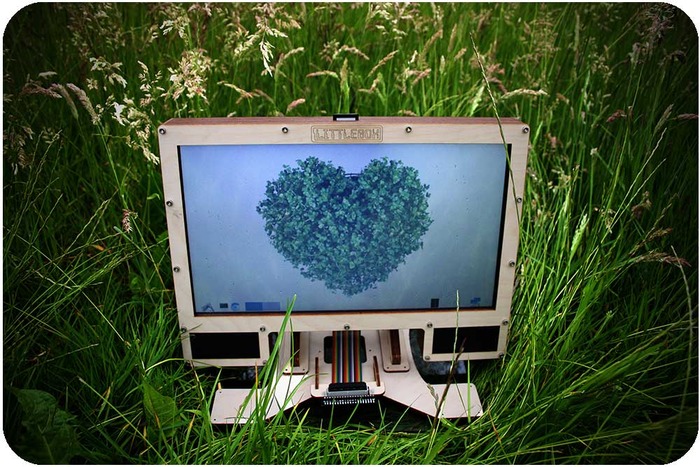 The LittleBox design & prototyping has been documented on a great set of colored instructions and it’s a great read for anyone who wants to see the development of the LittleBox. The instructions covers everything from the LittleBox's inception, development of the two prototypes, electrical testing, and stress testing. You'll get a sneak peak of what's involved when building your own LittleBox kit, including having a look at what you can do with your LittleBox and the Raspberry Pi that powers it. The Raspberry Pi's SD Card is easily accessible from the top of the LittleBox, meaning that swapping between different distributions & other operating systems is quick and hassle free. The whole package weighs in at a little over 2.2kg, the equivalent of two bags of sugar, the LittleBox is lightweight and semi-portable. You can easily take the LittleBox round to a friends house to have a little LAN party and the build time for a LittleBox is only around 10 hours so would make a great project to get your teeth into. You can find out more about it HERE and even a cheeky video preview below.


These are just a couple of projects that caught my eye on kickstarter and there are thousands upon thousands of other projects going on. I recommend you go onto the kickstarter website and see if there is anything there that takes your fancy. There are loads of great donation options on every project so it's open to anyone to invest. I often check up on the site and throw in a few dollars where I can on something that takes my interest and remember it's a great way to become a part of the building blocks of a project which could be the next big thing. Just look below to see one of the great successes of Kickstarters. The Occulus Rift got the majority of its funding from the Kickstarter project which shows just how powerful the site can be!