Before I talk about King's Quest Chapter 1: A Knight To Remember, let me just get something out of the way. I have never played a King’s Quest game before. I have seen screenshots and videos about them and understand what they were and the history they have, but I have personally never played any of them. So if you are like me and never played the original games, you might be wondering if this game is worth your time. Or will you just be confused or bored.
King’s Quest Chapter 1: A Knight To Remember is the first part of an episodic revival of the classic and beloved adventure games from Sierra. And playing through the first episode it is very clear that the developers of this game have played the Telltale adventure games. The art style, the controls and even the episodic nature of King’s Quest itself all feel like they were inspired by Telltale’s hit games. 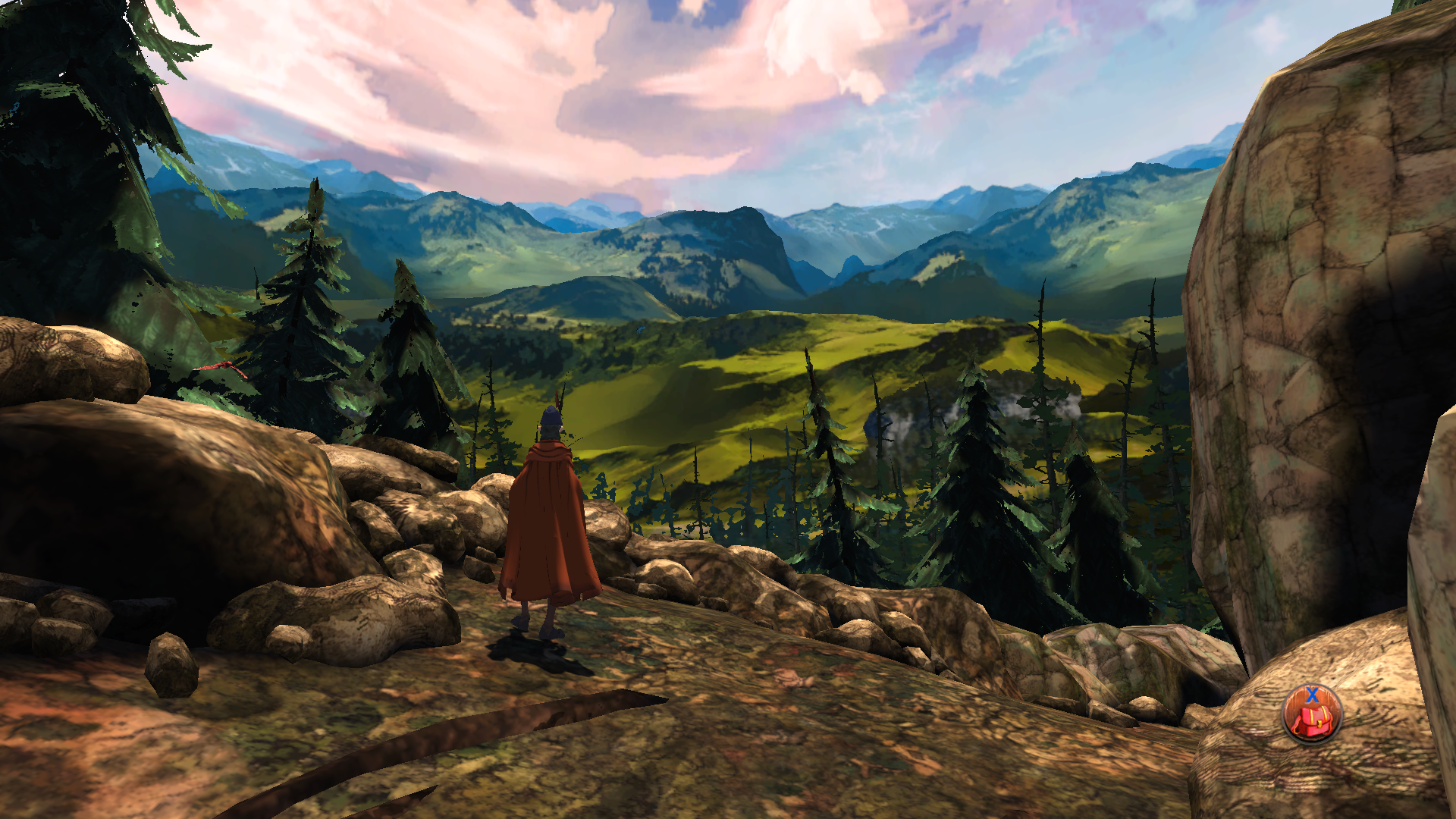 But as I played more and more of this four to six hour episode I discovered that King’s Quest is trying to be more of a “classic” adventure game. At the same time however King’s Quest tries to tell it’s story in a more modern and interesting way.
The story of King’s Quest Chapter 1 A Knight To Remember is that an old and grey haired Graham (Protagonist and hero of the King's Quest games) is telling his granddaughter, Gwendolyn, stories of his past. How he became the king and before that how he became a knight. At certain points we see the old king and his granddaughter and throughout the game they are talking about what you're doing or seeing. Similar to the fantastic Call of Juarez: Gunslinger, the game plays around with the narration. 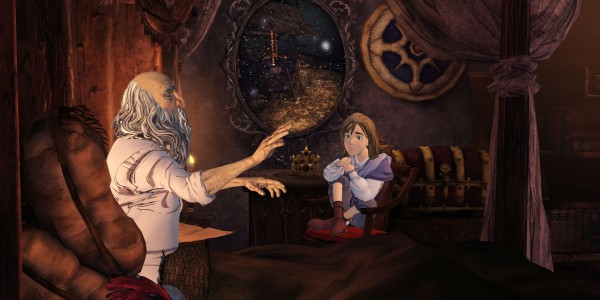 If you die, for example, the king will say something like “And that is why you DON’T enter a dark cave filled with wolves.” or “That is what would've happened if I had missed.” Other times Gwendolyn will ask questions. One of the my favorite moments is where she says she is bored as I enter a cave I already walked through, so the king skips that part of the story and I also get to skip the long walk through the cave.
These moments of convenience were nice. But I wished there was more of them. You move around the world of King’s Quest using the left stick and sometimes the game makes you walk across multiple screens that are never used in the chapter. These moments feel frustrating and when you have a multiple step puzzle behind a series of empty screens it makes hard to not feel tedious. Other times your character walks for what seems like way too long into the background. At some points I was barely a few pixels on the screen it seemed. These moments add up and can start to feel annoying or worse boring. 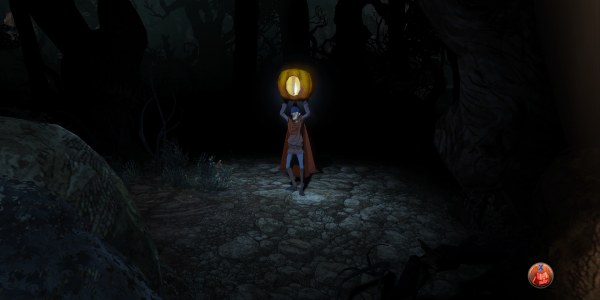 The biggest difference between the more modern and streamlined adventure games from Telltale and King’s Quest is the focus on puzzles. In games like the The Wolf Among Us puzzles are usually rather easy, don’t take very long and don’t happen that often.
In King’s Quest the game is filled with puzzles and lots of items. Yes, you will probably get stuck at some point and resort to the classic adventure game strategy of “test every item with something”. On the one hand I found myself frustrated at some puzzles, especially the ones that had hard to see clues or items. But on the other hand I actually felt like I had solved something when eventually I was able to suss out a solution. This return to a more classic adventure game structure might turn some fans of The Walking Dead or Tales from The Borderlands away. But if you find those games to be too easy, King’s Quest might be able to provide you with the challenge you are looking for. 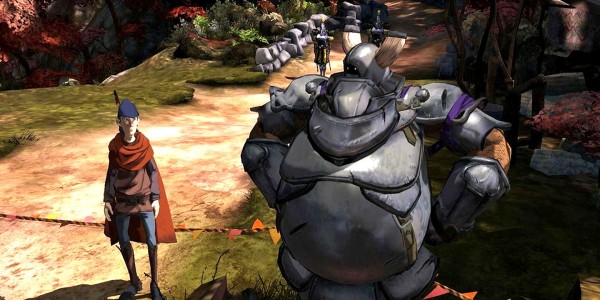 Another key difference between the Telltale games and this is the improved action segments. The parts of this game where you use a bow or ride a hamster (King’s Quest is a bit strange.) were easy to control and actually fun. Unlike the parts of The Walking Dead where you get a gun and it feels terrible and awful to use, I actually enjoyed the more action-y parts of King’s Quest. One of my favorite moments in fact is a boss fight. You are trying to use a rope to trip a big guy over and you must run the rope around different poles and pull it right as he steps over. It was simple but fun.
If it seems like I’m comparing King’s Quest to the Telltale games a lot, well it’s because I am. But I think I need to. Most people nowadays don’t have years of experience with classic adventure games and at first glance King’s Quest might seem like one of those games. And it isn’t. The story and writing are good, but don’t expect anything as deep or tense as the stuff Telltale has been doing. Though I will say the cliffhanger ending is really good and really annoying because I just want to see what happens next. 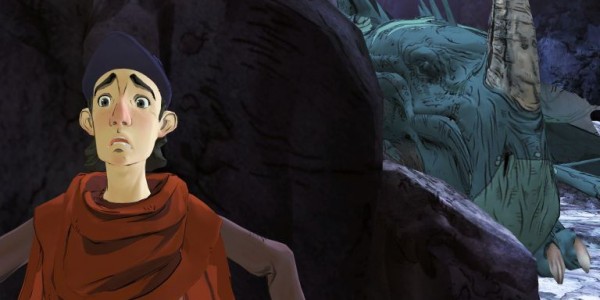 And I think that is a great sign for King’s Quest. I enjoyed the characters and the world so much that I can’t wait to see what happens next. Some hard to see puzzle solutions and a few technical hiccups were frustrating. And having to walk around empty/never used screens was boring.
But by the end of King's Quest Chapter 1: A Knight To Remember I was excited to see what was going to happen next to lovable and clumsy Sir Graham.
Rating
8.4
Pros