Kirby Hits Wii U This Feburary

"The claymation game comes soon"
By: Edward Oliveira | Wii-U News | November 13, 2014
From the look of things, Nintendo’s Q1 2015 for the Wii U is looking like their Q1 last year: barren. They just announced the release date for their next first-party game for the system, Kirby and the Rainbow Curse, and it's not out until February 13th. 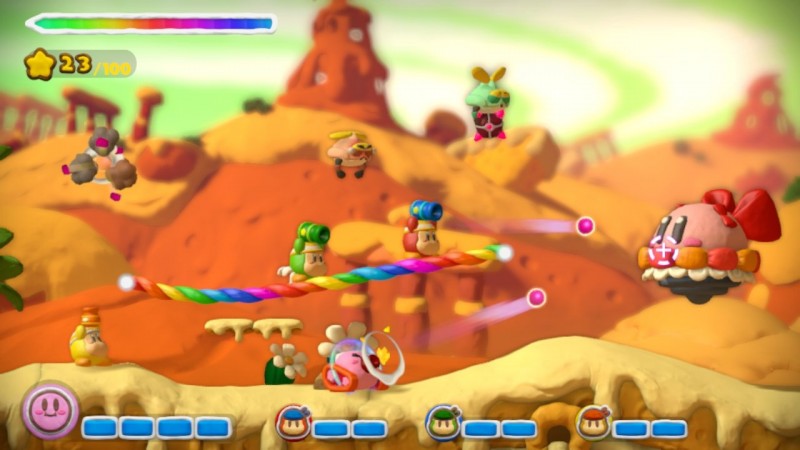 Announced at this year’s E3, the game is the successor to Kirby Canvas Curse for the Nintendo DS, and again has the pink hero forced into a ball form. The player must draw paths with the Wii U’s touchscreen to navigate Kirby through stages and avoid (or take out) obstacles. Rainbow Curse also has co-op, where three other players can control Waddle Dees in a more traditional platformer-like fashion, but it really feels more like cheating given the game's premise.