"On the road again"
By: Russ Matthews | Movie Reviews | April 9, 2018
The road trip concept has managed to cross over most continents and into most genres of film. As the characters get behind the wheel, the story can be a metaphor for personal growth and can serve as means of mending relationships. For all of those individuals who have experienced the real-life versions of this narrative know that it can lead to significant conversations, hilarious situations, times of extreme boredom and a heightened awareness of clean roadside toilet options. Kodachrome cruises through a multitude of these elements while attempting to heal the wounds between an estranged father and son. 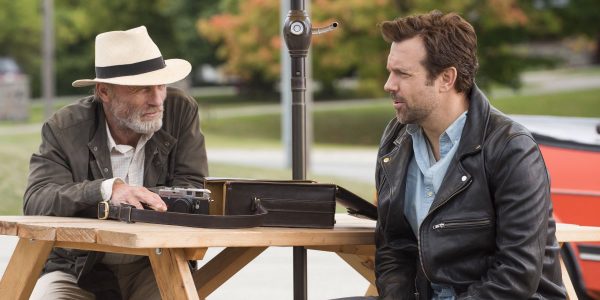 Matt Ryder (Jason Sudeikis) is having a terrible day as a music executive after losing one his biggest artists. As he is at the precipice of a failed career, Zoe Barnes (Elizabeth Olsen) enters his office unannounced and asks Matt to consider granting his father his last request, to ride across the country to Jasper, Kansas to get some film developed. Even though he has not heard from his father in over a decade, this bizarre invitation makes sense since Ben Ryder (Ed Harris) is an old-school photojournalist who wants some of his last prints made at the final place to process Kodachrome film.
The difficulty for Matt has more to do with his caustic relationship with his father than with the road trip. Everything looks like the reunion will not hit the road until Ben’s business manager makes Matt an offer that motivates the music executive to consider enduring the pain of spending time together. The trek from New York to the Midwest begins in an old convertible Saab and leads to unexpected detours that impact all in the car. 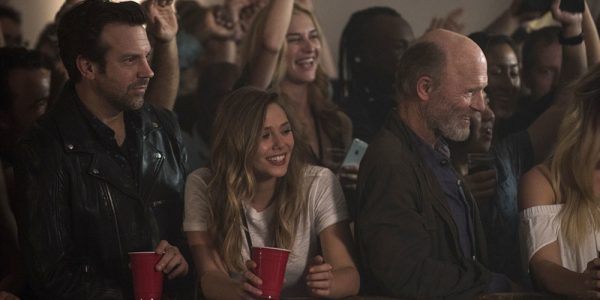 The challenge for director Mark Raso is to manufacture something original from a familiar storyline on the restoration of a father/son connection in a car ride. Most of the screenplay and characters are predictable within this simple concept, except one advantage of this production is Ed Harris sitting in the backseat. An actor who has managed to maintain a charisma and presence throughout his career that commands attention and drives this film from being a pedestrian stroll to a substantial cross-country adventure.
This by-the-numbers road trip does not involve any significant surprises or set any new cinematic benchmarks, but the dialogue between the two lead actors makes for an engaging ride. Elizabeth Olsen adds a particular passion to the trio that keeps this from primarily appealing to a masculine audience. With the inclusion of the work within the music industry does provide some color to this straightforward narrative, even though it does seem to be a stretch to consider Sudeikis as a music producer. Despite some of the slower moments, the majority of the film is reliant on the Harris/Sudeikis chemistry to keep the wheels on this production. Kodachrome does not offer much to this familiar genre, but it does make for an entertaining journey.
Rating
6.5
Pros