Disney’s long-suffering adaptation of Hans Christian Andersen's The Snow Queen has started to pick up real steam in the past few months. Stuck in developmental hell for years, the Mouse House revived the project around Christmas under the new title Frozen. In addition to switching from 2D to 3D animation, the project now has a lead voice actor in the loveable Kristen Bell.

The Hollywood Reporter notes that Bell will be providing both the speaking and singing portions of her unnamed role. In Andersen's fairy tale, each of the four seasons is ruled over by one of four sisters. Unlike her brighter, warmer siblings, the Snow Queen is cold, calculating and jealous and for whatever reason kidnaps a young man named Kay for her companion. The hero of the story is Kay’s “best friend” Gerda, who travels through each season encountering various fantasy creatures/settings along the way in an attempt to save Kay from an eternity of winter. 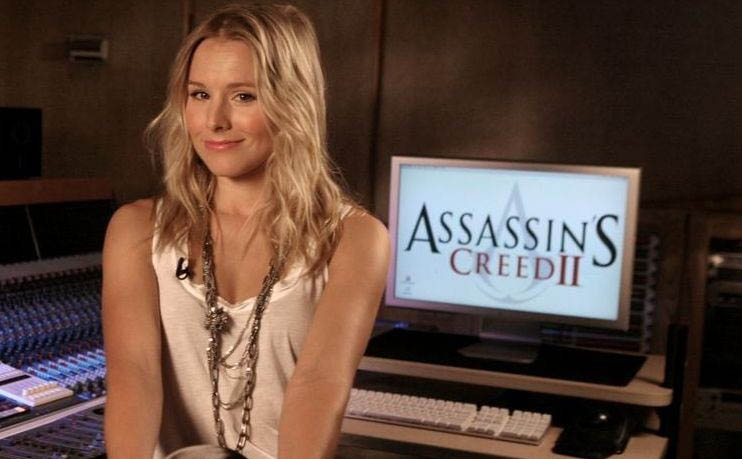 The story is one that has been done countless times, both live-action and animated. The whole setting is ripe for Disney, especially coming off the success of Tangled in 2010 (another animated fairy tale renamed to a single adjective), which had a similar storybook vibe.

Although news of Bell’s casting doesn’t specify her role, it wouldn’t be a stretch to imagine her as Gerda (youthful, bubbly, sharp, etc.), not to mention Bell comes from a background of musical theatre/film. Just see her in the oft-underappreciated Reefer Madness: The Movie Musical to know she can handle herself; she shot the project while breaking out publically on CW's Veronica Mars.

Bell is not only a friend of theater, film and TV, but video games as well. She has done motion-cap and voice work as Lucy Stillman in three entries of the “Assassin’s Creed” series. She’s a leading lady of nearly all entertainment media who shows endurance for the industry, so don’t expect her to disappear from the public eye anytime soon.