By: Steven Chaitman | Movie News | August 15, 2012
***UPDATE: Universal spokeswoman Donna Langley has denied THR's report saying, “we are extremely proud of Snow White and the Huntsman and we’re currently exploring all options to continue the franchise. Any reports that Kristen Stewart has been dropped are false.” Deadline goes on to say that Koepp will still not be writing and that the story will still focus more on the Huntsman character thanks to Hemsworth's growing box-office appeal.

Previously: Plans for a Snow White & the Huntsman sequel took a sharp turn after the uncovered affair between star Kristen Stewart and director Rupert Sanders. It has long been a foregone conclusion that we would not see both involved in the sequel, but it appears Universal has made its decision on how to move forward: lop the the "Snow White" part out of its would-be franchise's title.

The Hollywood Reporter has learned that the studio will let go of Stewart and scrap its plans for a direct sequel to June's hit action-adventure. Instead, the film will be reconceived as a spinoff focusing on the other half of the title, the huntsman, played by Chris Hemsworth. 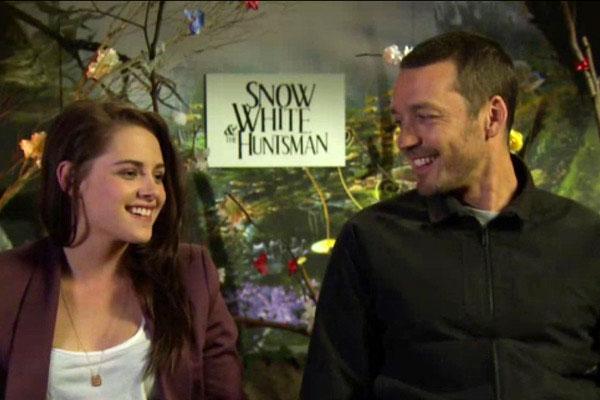 Screenwriter David Koepp, who Universal already hired to write the sequel, will be settled out of his contract as the studio figures out how exactly to move forward. A spokeswoman for Universal said they are "currently exploring options to continue the franchise," but a Huntsman-centered spinoff seems the only way to go at this point.

Sanders is not officially set to direct this follow-up, but THR hears that this is the plan.

The move to let Stewart go is unexpected and rather asinine. No one's star has risen faster than Hemsworth in the last year, but it's horribly naive not to give Twilight fans some credit for the movie's $389.2-million worldwide gross (to date). Considering the middling response from moviegoers and critics who did see it, word of mouth alone wasn't going to propel the sequel. Directors come and go from sequel to sequel all the time, but not stars. Sanders was certainly replaceable given the circumstances.

So, in essence, photos of Stewart and Sanders with their tongues down each other's throats has led to a drastic franchise overhaul instead of some gentle sweeping under the rug. With this tabloid tie-in, expect a lot more on the "Huntsman" spinoff as Universal figures out what it's doing.