The Amazing Spider-Man has yet to hit theaters, but Sony has long-planned for a sequel regardless, scheduling The Amazing Spider-Man 2 for May 2014 back in August. Not only has a script been written, but it will also be rewritten already. Famed screenwriting duo Alex Kurtzman and Roberto Orci will rework the script.

The first draft came from James Vanderbilt, who not only penned the upcoming "first" installment, but 2007’s Zodiac for David Fincher. Kurtzman and Orci have been the “it” screenwriting duo for a few years now, having found great success penning the first two “Transformers” films, Mission: Impossible III and the rebooted Star Trek. 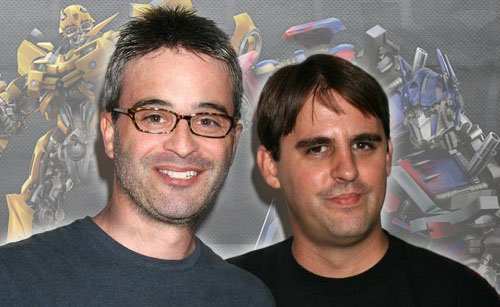 Commenting on their involvement, Kurtzman and Orci said they “grew up as huge Spider-Man fans so, to us, the opportunity to work on this film is akin to being handed the Holy Grail. We love the direction Sony and the filmmakers are taking the Peter Parker/Spider-Man mythology and we couldn’t be more excited to be a part of this legendary franchise.”

Production on the sequel is scheduled for some time in early 2013. The Amazing Spider-Man is directed by Marc Webb (500 Days of Summer). His involvement in the sequel remains unknown. In the meantime, the first film will hit 2D/3D theaters July 3.