Like previous L.A. Noire DLC, the story for "Reefer Madness" is a diversion from the pain plot. The plot centers around a marijuana ring in L.A. and your job is to shut it down. Normally I would be excited about the case but it just doesn't pack enough in there for me to enjoy. The first thing you do is get your normal mission brief like in all the cases and go to see a snitch who rats out the marijuana ring. Then it just becomes more L.A. Noire. When I first played L.A .Noire, it was new and had me asking for more to experience. Here you're just chasing bad guys who are obsessed with silver dollars. This case really does drop the ball in terms of storytelling that we came to enjoy in L.A. Noire.

One of the problems with L.A. Noire is that it asks you to do the same tasks over and over again. Every case seemed to revolve around doing the same thing: search the scene for clues; interrogate suspect; and along the way chase the bad guy who always seems to run – "I mean why do they always run?" "Reefer Madness" doesn't solve any of these problems and doesn't address them either. It's just more of the L.A. Noire formula that you've come to love but it still isn't fun either. Why is that?

Yes, I should have enjoyed it, but the story wasn't griping, unlike previous cases in L.A. Noire. I mean everything was here – the orchestra score, the cutscenes and the noire look, but it just didn't hook me in. By the time you get to this case in the story, it will feel like you have played it already. What I loved so much about "Nicholson Electroplating" was that it was a different and fresh experience, but unfortunately there is nothing fresh about this case. 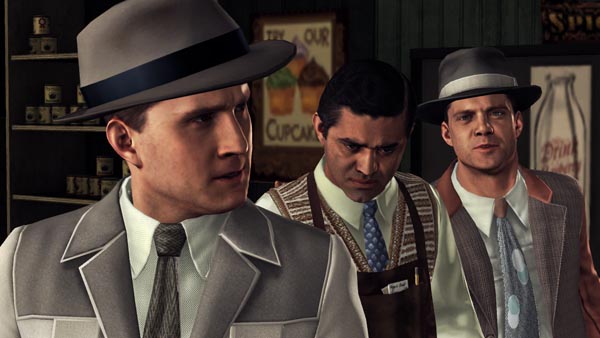 One of the few things that this case got right was the feel of L.A. Noire. The animations and 1940's Los Angeles are here with all of its beauty, but it feels empty at the same time. Driving through the streets often had an empty feeling and made the case seem less important. The presentation values are still solid but there are a few hiccups, like characters looking the wrong direction, that take you out of L.A. Noire.

It pains me to give "Reefer Madness" a low score but I found it to be very disappointing. I wanted something different, I wanted DLC that changes the gameplay a bit and not what we've played already. Rockstar hasn't had the best DLC history. Red Dead Redemption had some of the worst DLC until they produced the Undead Nightmare. I'm hoping that L.A. Noire gets some kind of expansion treatment. I still want to enjoy 1940's Los Angeles a bit more and if I have to wait for a full-fledged expansion, then so be it. But I do not want to play what I already played in the single-player campaign. So how 'bout it people... Undead Noire?