Larry Crowne: Why It Flopped

Tom Hanks and Julia Roberts star in the new romantic comedy Larry Crowne. Their names alone should guarantee success, but that oddly isn't the case. As of this writing, the film has pulled in less than $20 million in the States since its theatrical bow this past Friday.

So why has the film performed so terribly? While a definite answer might never be found, we at Player Affinity have five different theories about why people didn’t bother checking out the latest Hanks-Roberts collaboration over the holiday weekend.

Opening on July 1: Opposite Transformers: Dark of the Moon… and Monte Carlo

Larry Crowne appeals mostly to the 30-and-up crowd. Many people would much rather watch Tom Hanks and Julia Roberts humorously fall in love than check out some giant robots fighting each other. Even so, Transformers: Dark of the Moon is a film that appeals to most demographics on some level at least, so opening opposite this blockbuster wasn’t a particularly smart move.

It also opened opposite Monte Carlo, the tween girl-targeted vacation comedy with rising star Selena Gomez. Those above the age of sixteen probably aren’t interested in watching it, but parents who were in Larry Crowne’s target demographic might have opted to have a family night instead of a date night.

It’s Been A While…

Tom Hanks and Julia Roberts are captivating and enduring presences on the silver screen, maintaining prominence in a harsh industry since the 1980s. Both have Oscars for heavily dramatic work, but moviegoers know them mostly for their charming romantic comedies…

But it’s been over five years since either one has led a romantic comedy. Hanks starred in The Terminal back in 2004, and Roberts led America’s Sweethearts ten years ago. Since then, the two have pursued more variety in their work.

The actors are still loved by their fans, but people like to associate their genres with particular faces. They've been away from the frothy romantic flicks for a considerable amount of time, and the genre has some new faces to exploit. For instance, Katherine Heigl is currently synonymous with romantic comedy, and on that note…

The Attractor Factor: I Want Pretty People in My Romantic Comedies!

Since rom-coms tend to lure in female audiences over male ones, it’s practically a necessity that the leading man rank at least at number eight on a hotness scale of one to ten. Julia Roberts looks as gorgeous as she did when she prowled the streets in Pretty Woman. One could say that she’s aged some, but in her case, it’s more like a fine wine than anything else.

However, the same really can’t be said for Tom Hanks. He’s aged better than some leading men, but a spring chicken he is not, and he certainly isn’t as dashing as he was in romantic comedies like Sleepless in Seattle and even You’ve Got Mail.

They Don’t Hate Each Other: It Breaks the Rom-Com Mold

For the most part, romantic comedies are simple: audiences are accustomed to the leads falling in love, but only after they hate each other initially. While Larry Crowne isn’t necessarily a great film, it doesn’t really fit into that convention. The professor played by Roberts is upset with Hanks’ character for a portion of the film, but such anger never leads to anything. It all stems from a simple misunderstanding that resolves itself, so there’s that for conflict.

While one might not know all of that before watching the film, the trailer for Larry Crowne doesn’t set up that hate-you-now-and-love-you-later kind of relationship. It’s all smooth sailing for Larry Crowne and his love interest based on what you see there (though that’s not exactly the case in the film), and who wants to see a movie about that? 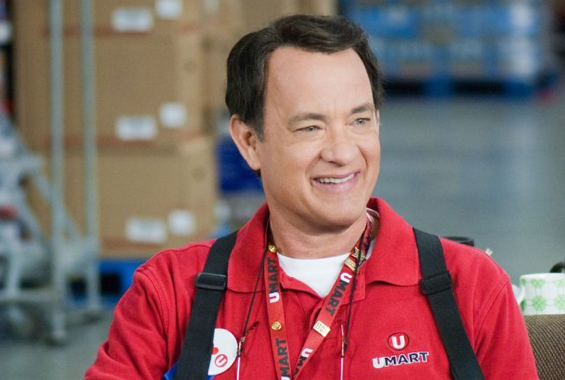 Recession: The Times Are Hard

The film’s entire plot hinges on a man being let go from his job due to his lack of a college education. Many people today are being let go from employment, and many who are still employed fret about what the future will bring, so Larry Crowne might not be the most uplifting movie at the moment even if the film does boast a happy ending of sorts.