Did you just find out that you won’t be able to get into that cool Halloween party unless you’re wearing a costume? Perhaps all of your friends decided to dress up and you feel like an idiot as the only one in street clothes.  Too much Insulin, and now getting free candy is a matter of life or death?  Well, if for any reason you need to throw together a Halloween costume with no preparation, we at Player Affinity have some cheap, simple ideas for video game-themed outfits that you can make from stuff you already have lying around the house, or can gather up in a hurry.

Solid Snake
Always a popular gag at video game conventions, all you need for this is a cardboard box and some combat boots.  Army surplus stores are often low on stock around Halloween, but you just might be able to find a pair of camo pants to complete the look.  They don’t need to fit, as you’ll be concealed from the knees up.  You’ll have to spend all day crouched over, looking out through a peep hole in the box, but you’ll be delighted every time someone gets the reference and screams “Snake?  Snake!  SNAAAKE!!!” 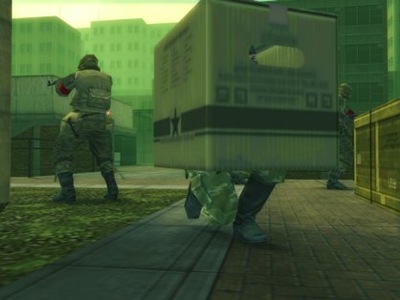 Pyramid Head
Can’t find a cardboard box big enough to hide under?  No problem!  Just chop it in half diagonally, and you’ve got a pyramid!  Spray paint it black, put it on your head, then throw on a butcher’s apron, and grab the bluntest cleaver you can find.  Now you’re ready to stalk the ash-strewn streets of Silent Hill, demanding candy from anyone foolish enough to open their door for you. 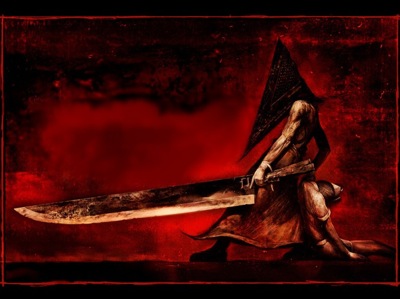 Vincent (Catherine)
Are you reading this on your smart phone as you stand in front of a nightclub with a surly bouncer who won’t let you in without an outfit?  Quick, run to a Best Buy and grab a copy of the Collectors’ Edition of the game Catherine.  Aside from an art book and a soundtrack CD, this Collectors’ Edition actually included some cool stuff, like a full-size replica of the boxer shorts worn by the main character.  Strip down in the middle of Best Buy, throw on those shorts, then head back to the club carrying the novelty pizza box that the game comes in.  You might freeze to death, but you’ll have your pick of the nerdier girls all night long.

If you can’t find any ladies impressed with your costume, don’t worry, the game comes with a pillowcase bearing the likeness of one of the sexy anime girls from the game… 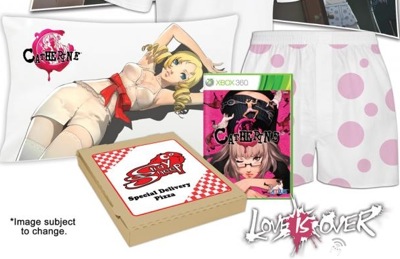 Princess Peach
Was your prom dress pink?  Have you been a bridesmaid recently?  Are you sorta blonde?   Here’s an easy one, if you meet the requirements.  Take any gaudy pink gown, add white gloves, and you’ll almost be in the right castle, Princess.  They key to pulling off this last-minute costume is the accessories. Once you have your princess dress, run to your local Gamestop and buy the biggest Mario knick knack you can.  Even if the outfit doesn’t look much like the character, it’ll be close enough if you just carry around a stuffed Yoshi toy, or Toadstool.  Looking to do this on the mega cheap?  Keep a look out for these Mario candy boxes near the register. 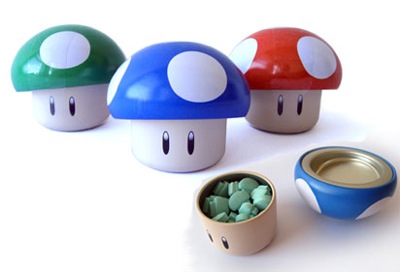 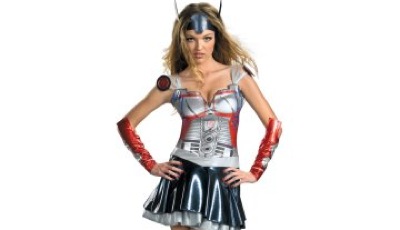 The problem is that by now all of the officially-licensed Sexy Whatever costumes are sold out.  So here’s a plan:  Go to your local drug store and look in the ransacked Halloween section.  There you will still be able to find cheap, vacuum-molded plastic masks.  These are the Halloween costumes worn by children whose parents do not love them.  The only ones left at this point will be from blockbuster films that were out two years ago.  It doesn’t matter, just grab one, and throw it on with any mindress of a similar color, and you are now a “Sexy Whatever”.  Wear the right dress, and no one will even notice the “Spider-Man 2” logo on the mask.

Now, scramble my little monsters, sundown will arrive soon, and there is free candy to be had!