Telltale Games has done very well for themselves lately. First they made releasing games in episodes a legitimate endeavor, then they went and snatched up a bunch of licenses perfect for point and click adventure gaming such as; Jurassic Park, Back to the Future and Sam & Max. Now they’ve moved into the crime solver gaming space with Law & Order: Legacies, which is not only available on PC, but also on Mac and iPad.

The game starts with a murder being discovered and some witty banter between detectives, a chilling voice over, and subsequently the opening credits, just like the show.  At the core of the game is one of Telltale’s specialities, dialogue. You’ll be questioning witnesses, accusing suspects and discussing the case by choosing your responses and topics of conversations from a list, then listening to your target for clues. It’s well done and leaves you with a “there’s going to be a quiz on this later” feeling of really listening to all the little details. To throw a spanner into the works, not all of the conversation topics are important – there are a few red herrings in there just to keep you on your toes. Did she say her nametag said Rachel or her ID? Does the victim not have a boyfriend or were they fighting? Those little details can reveal that your suspect is lying. Everything they say can surface back up when dealing with other aspects of the case. You can look at a transcript of what was said at any time, but it’s a lot more fun and investigator-like to try and go from memory (to me anyway). 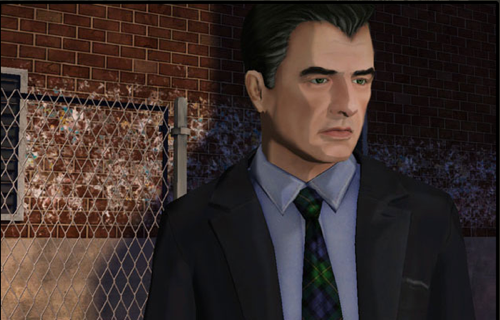 Sometimes the conversations will freeze and you’ll be asked a question like “Is this person lying?” and after you pick your answer, you’ll be asked to provide evidence one way or the other. Or you could base your belief on previous answers being honest, or that the person would have no reason to lie. The answers aren’t always just totally black and white. Answering correctly increases your detective score to show you how well you do. This then totals up for each scene you play. Each scene requires you to collect a certain number of stars. However I found there was no penalty for not getting the correct number of stars which to me, lacks a certain ambition.

Besides conversations you’ll also need to sometimes gather evidence and that’s done via a "Hidden Object" mini-game. You’ll examine areas and then circle items to retrieve or look closer at them. It serves well to break up the long cut scenes and conversations between player inputs, but I found a few areas to be a little dark, and it’s hard to know what to circle to pick up and what to try and look behind. Again, you have a number of circles/magnifications that you can use, but going over that limit doesn’t really penalise you in much way other than saying “try again for a better score”.  The game even mimics the show's leap between “law” and “order”, by allowing you to play as both a detective and a district attorney, giving you access to both sides of the story. Whilst playing both aspects, you'll play as characters from the series. 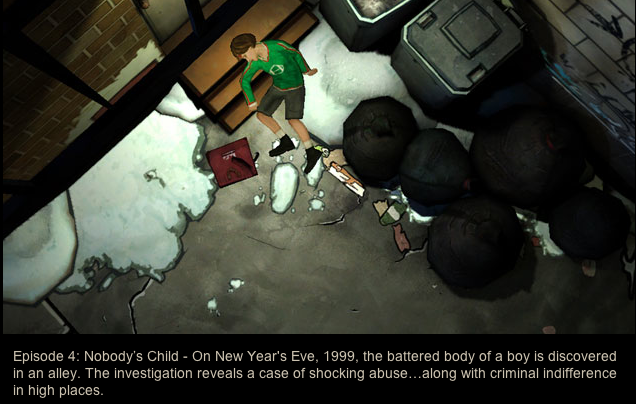 I found to start with there was a lot of information and terms to take in and memorize, but once I played the game a little longer I seemed to settle into the courtroom jargon. I found myself comparing it to the “Phoenix Wright” series for the DS. Both games shared the same core goals and most of the same objectives. The only major difference being that one was based on a TV show and the other was a fresh new story.

Throughout the game, regardless of whether you were in or out of court, for every response to an NPC you had multiple choices. One of the many perks to this game was the humor behind various options. For instance at one point a choice to the question: “How can you tell he’s lying?” was “His lips are moving”. Such wittiness from the writers at Telltale games made Law & Order: Legacies a pleasure to play!

Although the graphics could have been better, the voice acting is solid and believable. I did find that whilst wearing headphones and listening closely, however, that there were mild fluctuations in voice volume. This only happened infrequently, but was still rather annoying when all of a sudden someone shouted in my ear. 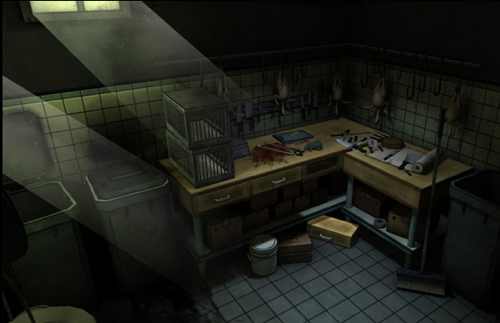 It’s less suitable for the hardcore gamers amongst us, and perhaps more for people who thoroughly enjoy the series and would like to play this as an extension of the show. Whilst I enjoyed the story and the style of the game, I couldn’t help but feel there wasn’t much to it. Although Law & Order: Legacies is classed as a crime-solving genre, there were many puzzling aspects to it as well, such as searching for evidence at crime scenes and picking out faults and contradictions within the dialogue. It was fun to play, with interesting cases and story throughout each chapter, though for what it was, the chapters were rather concise and didn’t last for very long, and I completed the game within8 hours. This is actually more appropriate to the genre than having an epic game-length, as I wouldn’t want to be playing a crime-solving game for 200 hours!

If there’s a downside, it’s that the game is more of a guided experience or interactive story than it is a game. You’ll have zero control over moving characters around. The conversations and evidence areas you go to are set and just play out, your part comes in when you need to choose the order of topics and decide whether people are lying or not or whatever. While this is sort of a bummer on the game play side, it does allow for a better narrative since the story moves along at the proper pace.

Law & Order: Legacies is a well produced narrative filled with interesting dialogue options that makes you feel like you’re investigating. I’d definitely recommend this game for anyone looking to fill a few hours here, and is undeniably worth the play at least once!