As the World Playoffs of what is now the biggest eSport in the world, League of Legends, continue, cases of cheating have been reported and now Riot Games has issued not only warnings but also a fine.

The World Playoffs took place in Los Angeles, and the quarterfinals took place in an outdoor pavilion set up so viewers could buy tickets and watch the game happen in real time. While the players themselves were on the stage and wearing sound-proof headphones, the position of screens showing total vision of the minimaps were placed in such a way that they were visible to certain players on both teams. This led to numerous reports from fans as well as team complaints about the possibilities of cheating. After Riot games further inspected the games as well as the player cams, multiple warnings were issued between Team World Elite, Invictus Gaming, as well as Team SoloMid.

The most surprising of responses by Riot was their response to Azubu Frost. Azubu Frost threw down pings immediately after a camera caught one of them glancing at the map screens, causing a player to withdraw from their path directly into the opposing team. However without looking at the screen, it was almost impossible know the enemy team was in waiting for first blood. In response to this, Riot Games has fined them $30,000 to be donated to their charity program in Korea. However, Riot also stated that while Azubu Frost did cheat, the cheating did not directly affect the outcome of the game, leaving the final winner of Azubu Frost to move onto the Semifinals. 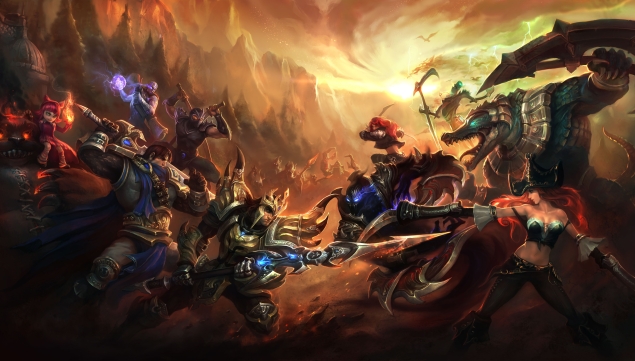