For those of us that missed it, the League of Legends Season 2 World Finals came to a stunning close this past weekend, on Saturday, October 13th. For those of us who missed it, here are a few highlights from the tournament closer. 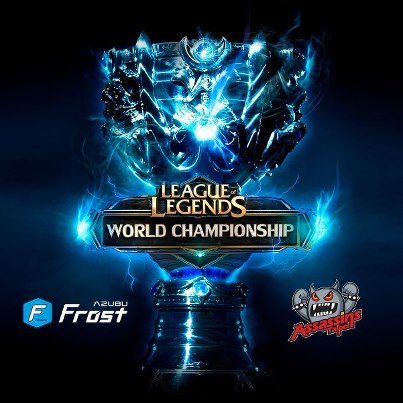 After a few hiccups with cheating possibilities based on the stage setup, the finals began on Saturday and proceeded for many hours. Their overall setup was over the top and impressive, making the entire night seem as if it was the most important sports event of the year. Between pre-game talk with the casters as well as various pros from teams that had been beaten out of the tournament and popular League video creators, the show kept getting better and better. And after these events, an all-star game, orchestra performance, and trophy unveiling, the true show of the night was ready to begin.

The actual final round was between Azubu Frost and Taipei Assassins (TPA), both teams being out of Asia. The Taipei Assassins were picked the underdog of the tournament, yet managed to knock out the expected winners, Moscow 5, in their semifinal round. Azubu Frost also won their semifinal round against Counter Logic Gaming EU, although the round was shrouded in insecurity, with many questions about how fair the play actually was. After cheating accusations flew out at Azubu Frost, and Riot Games deciding they had cheated, Azubu Frost was allowed their victory (the belief being that the cheating didn't change the tide of the game), yet were fined $30,000. The stage was set for their finals round.

The format for the finals round was different that the previous rounds, being best out of five as opposed to best out of three. In the first game, TPA showed an early dominance, however as the game continued on, Azubu managed to turn the tides as their Karthus began snowballing off of multiple team fight cleanups. In response to the change in who was winning, Team Solo Mid's player Reginald believed that “TPA played phenomenal... and [he] felt that they got complacent during the match.”

However after the first round with Azubu Frost's win, TPA decided they needed to comeback and make their dreams of winning happen. With the second game, TPA pushed together as a team to focus and win, achieving a decisive victory for the second game. Following that, they moved with great momentum through the next two games, taking them both in their name, leaving them the victors of the Season 2 Finals, the score being 3-1. 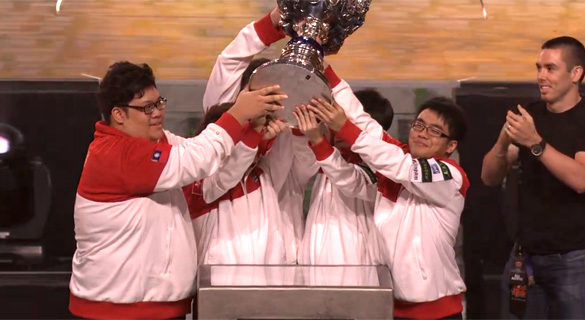 With their win, they are now the second team whose name will be placed on the trophy created specifically this year for the winners of the world finals, joining Fnatic MSI who won the first season.  Truly the display put on by both teams was impressive, and for those that play the game enough to understand it well, it was breathtaking.  Between the gameplay itself and the presentation by Riot, this tournament will set a standard for all future video game tournaments looking at breaking into the big leagues in North America.  I would watch out for not only the teams that competed here, but also Riot Games and what they have to offer the video game community in the future.  They may be the first company to really bring eSports to the mainstream in U.S.A. culture.

For those of us looking to either rewatch these games, or see them for the first time, head over to http://www.twitch.tv/riotgames/, which is rebroadcasting all of those finals games as well as other videos of the tournament.