"'Tough times don't last, tough people do, remember?' Gregory Peck "
By: Russ Matthews | Movie Reviews | November 4, 2018
Every once in a while a film comes along that fails to capture the imagination initially, but the story continues to come back to haunt your thoughts. Lean on Pete is one of those raw and compelling coming-of-age journeys that shows that despite the tragedies that may occur in life, hope can prevail. Charlie Plummer (All the Money in the World) is a young actor who has been given the role of a lifetime and he takes full advantage of this opportunity to prove he is a talent worth watching into the future. 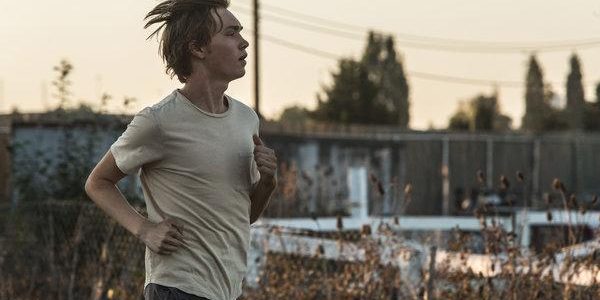 This understated film directed by Andrew Haigh (45 years) is based on Willy Vlautin's novel and surrounds Plummer with an all-star supporting cast. He plays the role of Charley, a 15-year-old who lives with his single father in a caravan park on the outskirts of town in the American Northwest. Instead of attending school, he decides to try to help make ends meet and takes a casual job at the local horse racetrack. His boss is Del (Steve Buscemi), a less-than-reputable trainer who needs help caring for his quarter horses as he travels around to local tracks to race or sell his horses.  One night, Charley’s father dies after being in a fight with his lover’s husband and the teen’s only option is to try to work with Del to stay ahead of child protection services and to earn some money. During his time on the road, he becomes a trusted part of the training team and begins to favour a horse named, Lean on Pete. After a few losses in his races, the horse is sold to a company that plans to take the animal away to be slaughtered. In a desperate act to save the animal, Charley takes Del’s truck and begins a cross-country journey with the horse to attempt to find a long-lost aunt in Wyoming who had cared for him as a boy. 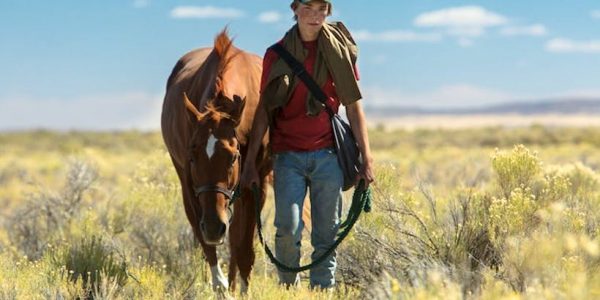 With minimal dialogue and little for this young man to place his faith in this Job-like experience, this production manages to maintain a glimmer of hope that will keep audiences wanting to know how this journey ends. Haigh manages to draw an exceptional performance out of his young star.  Plummer is able to show that despite the despair that surrounds the teen, his dream and drive to find his beloved aunt is enough to keep him alive and moving forward. Even though there is much to be said about the supporting cast of Steve Buscemi, Chloë Sevigny, Travis Fimmel and Steve Zahn, it is Plummer who carries this film through to the end.  Lean on Pete is an acquired taste and the rough tone of the script will be difficult for some to stomach as this young soul moves through one hardship after another. Proving that life does not always turn out the way we hope, but that there is something to be said about the depth of the human spirit and value of faith. The mature themes and content do not make this accessible for younger viewers, but it does provide families with an opportunity to share the realities of life with their teens. For those viewers who are willing to hold on until the end, they will be rewarded for their perseverance and endurance and may learn something more about the depth of the humanities' resolve.
Rating
7.5
Pros