“This game is an RTS” has never been a phrase that brings me joy.  While I've delved into Starcraft when I was younger, and now Starcraft II occasionally, I prefer heavily storied games, MOBAs, and platformers.  Since I like my games to have a frequently involved story, or having platforms to jump on, I need a bit of help to motivate myself to play a real-time strategy game.  Unfortunately, Legends of Pegasus does not provide that help.  If anything, it makes me afraid to play another.

Legends of Pegasus sets itself in a galaxy far from our own Milky Way, having three story lines following different races: Humans, Xor, and Arthrox.  It has the player begin with the humans, playing a group of colonists looking to set-up a new home after they were drawn away from Earth.  Now, on an unknown world they have to establish colonies and defend them, which is of course where the strategy comes in.  League of Pegasus looks very similar to Sins of a Solar Empire by having an open space area to explore with the spaceships that you can create or the ships given to you.  To supplement the story and setting, the game seems to pride itself on the combination of turn-based and real-time gameplay.  Although it may sound appealing, the fun stops at the first loading screen.

To be frank, the game is glitchy, and not in an unobtrusive way.  The game will lag, making it very hard to maneuver around the space area.  Exploration is clunky and in many cases just plain confusing.  For a tutorial, you simply play the game and it gives you objectives to complete.  Yet objectives are never explained, and it is only through significant trial-and-error that even the simplest of tasks can be completed.  I spent a good 5 to 10 minutes trying to figure out what a “waypoint” was, only to find that it was a small green circle somewhere in the space system.  And without a map, the only way to find that was just searching, which can be unattractive to a person just picking up the game, such as platformer extraordinaire, yours truly.  However it goes beyond the tasks of being tedious to actual mechanical problems and poor design. 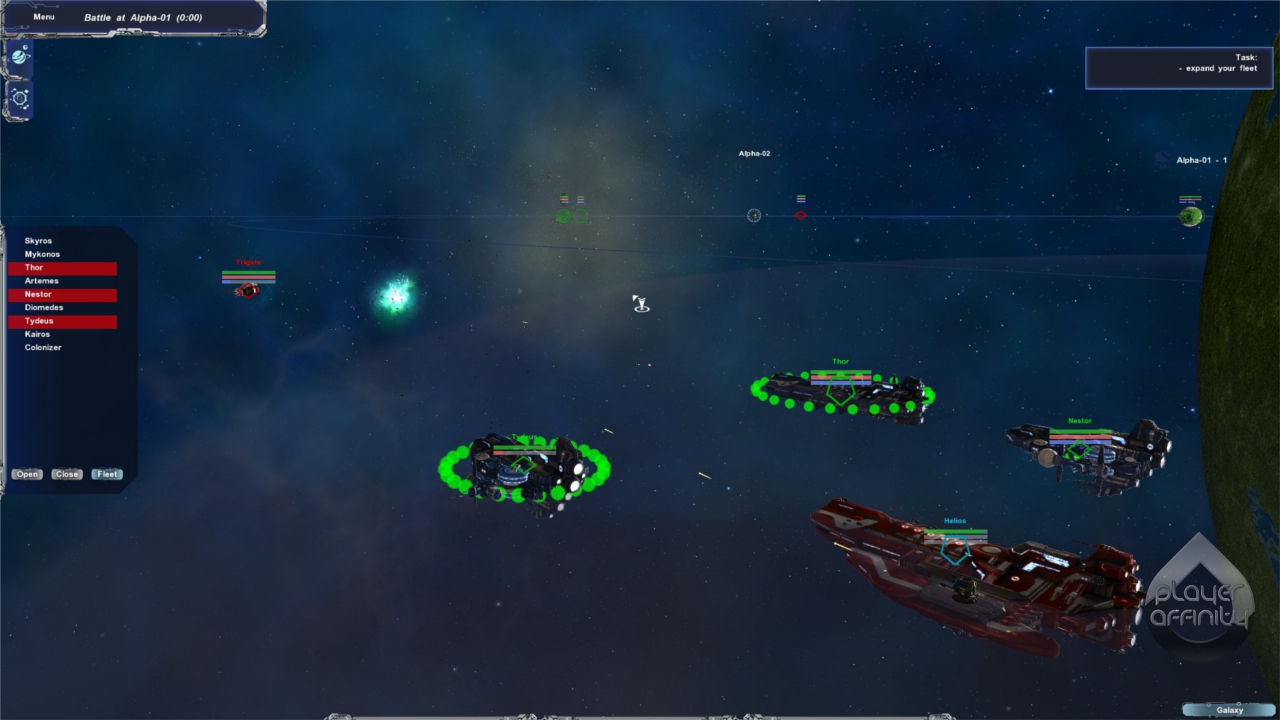 In-game combat is played out in real-time, yet the fights seem to drag on for far too long, far too often.

From the start, the game itself had the appearance of being good.  For my own sake, I wanted it to be a good game.  It has an in-game ship creator, which could be very fun for those who like deep customization of their game.  Also, it has a diverse set of things to do, such as build up colonies in one mode, and then explore space in another.  The music and sounds also weren't distracting, and the voice acting was actually pretty good.  I genuinely believed the characters in the game were in the plight they claimed.

I would have enjoyed getting deeper into the story, but I found myself consistently distracted and frustrated by the painfully choppy game to the point of disinterest in the story.  I simply did not care anymore about completing tasks to learn more about the plight of any of the races. Even the combination of turn-based and real-time gameplay led to me pushing the ‘end turn’ button constantly and watching ships fire at each other for 5 minutes at a time.  It simply wasn't engaging at all, which seems to be the point of video games. The dissatisfaction was to the point where I really did not want to play at all.  While not being a hardcore RTS player, I think approaching a game with an open mind and ending up completely apathetic about it means somewhere along the way the design failed.  For Legends of Pegasus, anyone who has played the game would be hard-pressed to argue otherwise. 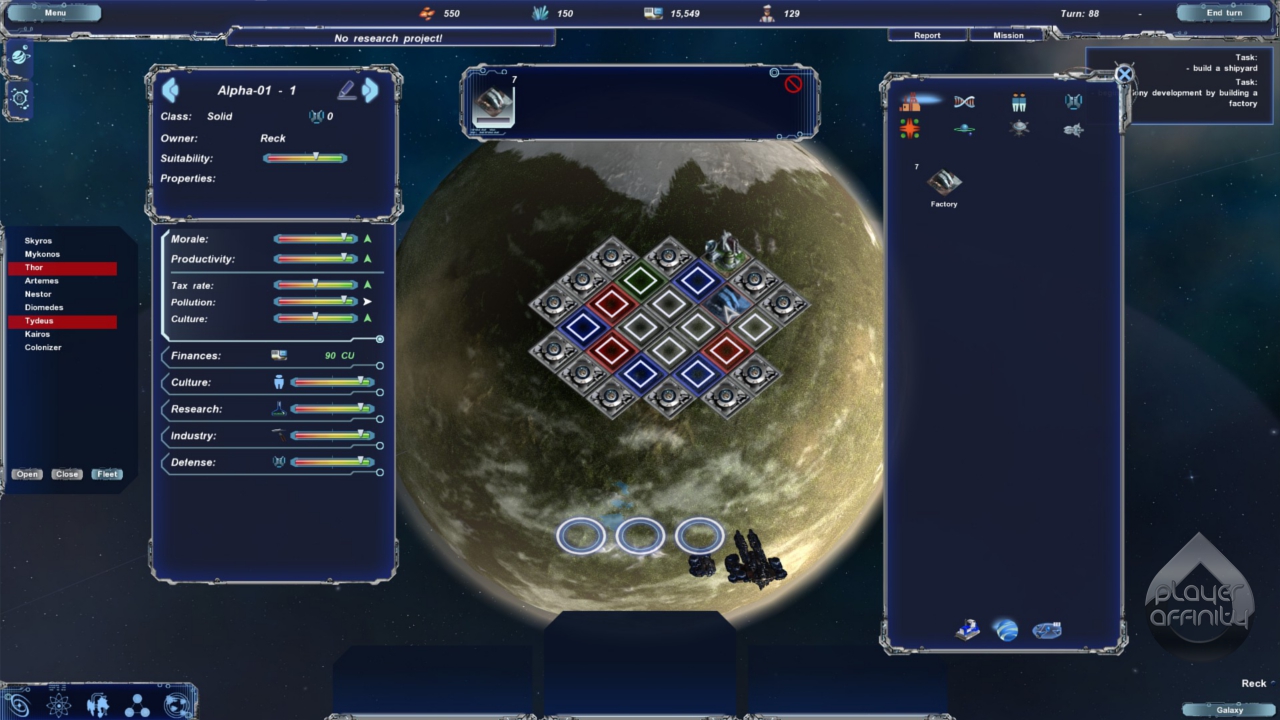 On each planet that you colonize, you create buildings to further your population.

The developer, Novacore Studios, seemed to have very high hopes for League of Pegasus by boasting over 40 hours of fun gameplay, yet the execution of the game was its downfall.  A game having 8 patches within a month of its release really says a lot.  Novacore tried for something great, and maybe months from now it could be acceptable, but for $40 dollars it’s not worth it.  There are plenty of RTS counterparts to choose from out in the vastness of video game space that are far superior to Legends of Pegasus. If you’re dying for a spacefaring RTS then pick up Sins of a Solar Empire or Endless Space instead or don't pick up anything.  Just don't buy this.