"Coming September 27th, it's another 'toys-to-life' game in the vein of Skylanders and Disney Infinity"
By: Euan Dewar | PS3 News - PS4 News - Wii-U News - Xbox 360 News - Xbox One News | April 9, 2015
First there was Skylanders and Disney Infinity, then Nintendo jumped in with their amiibo range. Now we have a new entrant into the 'toys-to-life' genre, and it's only bloody LEGO who have gotten in on the act!
Yep, that's right. Coming September 27th is Lego Dimensions, developed by long-time LEGO game studio Travelers Tales. It'll feature a mishmash of different universes including various DC Comics characters and LEGO as well as movie universes such as The Lord of the Rings, The Wizard of Oz, Back to the Future and of course The Lego Movie. Future universes are planned too, as is to be expected. 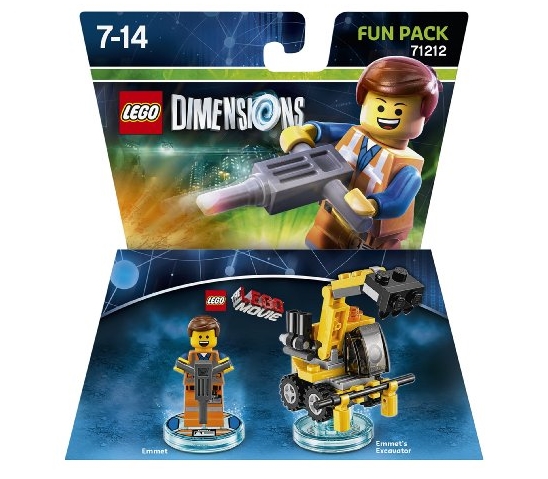 A starter bundle will run you $99.99. This pack will include the 'Lego Toy Pad', which is how you get your compatible LEGO minifigures and other miscellany into the game. Also included is the LEGO Gateway, three LEGO Minifigures, including LEGO Batman, Lego Gandalf  and Wyldstyle from The Lego Movie, plus the LEGO Batmobile(!). Oh and the game too, obviously.
It's coming to Xbox 360, Xbox One, PlayStation 3, PlayStation 4 and Wii U. Just don't let your kids find out, for the love of God. Here's the trailer:
[embed]https://www.youtube.com/watch?v=fBvr289G3w8[/embed]