The LEGO Movie Review: Brilliant, Bold, and Not Just For Kids

There’s a constant “how-are-they-doing-this?” feeling that runs through your head as The Lego Movie plays itself out in front of you. It does not really matter if you have a longing, nostalgic affection for the plastic bricks or not (although, guilty); this is a movie about playing with toys, about doing something different and being whomever you want to be without caring what everyone else thinks of it. In writing it sounds generic and a bit saccharine, but in motion, this thing absolutely sings.

I was five when Toy Story came out and some of my earliest, best memories are watching that movie and playing with its toys. The Lego Movie is easily the best movie about toys, and that childlike connection we can have to a piece of plastic, since Pixar’s burst onto the scene. It’s also one of the best animated flicks of the last decade. 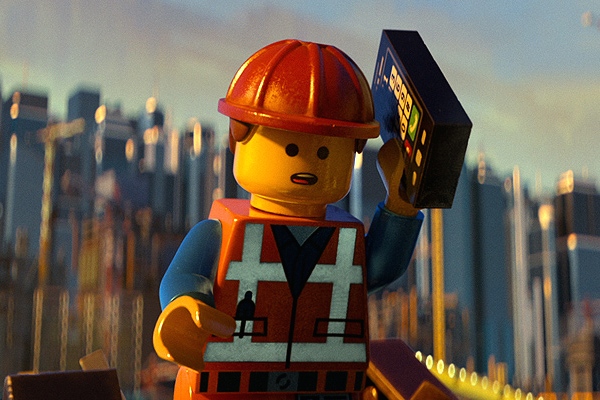 But all that does not matter if you don’t have characters that deserve to be remembered, and in these regards The Lego Movie is up to the task. Emmet Brickowski, voiced by future Guardians of the Galaxy star Chris Pratt, is a normal guy. He does not like croissants, or have a unique laugh, or the constant need to proclaim his love for large sausages. He follows the instructions (wake up, say good morning to the apartment, breathe) and lives his life according to the rulebook. Which makes it all the more confusing when a mythological relic of great importance finds itself stuck to his back, and a whole storm of crazy falls into his life. Enter Wyldstyle (Elizabeth Banks), who breaks him out of Good Cop/Bad Cop’s (Liam Neeson) grasp and thrusts him into a journey no one saw coming.

They visit the Wild West, Middle Zealand, and Cloud Cuckoo Land, on the way picking up a group of zany sidekicks including, but not limited to: Batman (Will Arnett), Vitruvius (Morgan Freeman), Princess Unikitty (Alison Brie), Benny (Charlie Day), and Metal Beard (Nick Offerman). This is a movie with an impressive cast of Hollywood stars that does not feel like they got the actors first, and then wrote the characters second.

Brie’s cheerful, endlessly optimistic Unikitty is just Annie from Community yanked up to a 10. Freeman as the god-like prophet Vitruvius is, well, another god-like Morgan Freeman role, but hilariously parodied thanks to his boyishly quick dialogue and an endlessly funny running gag dealing with his blindness. They all fit into their roles like a glove, but do something different that constantly surprises you. Arnett’s Batman is the pompous, egotistical version of the superhero we all knew was there; Banks’s Wyldstyle is a kick-butt Goth chick who does not need saving but self-consciously has to remind everyone she has a boyfriend and, yes, it’s super serious. Pratt does not even need mentioning at this point. He’s got the naïve, silly goofball down to a science, but of course lends Emmet here the same sweetness and unexpected intelligence he gives to Andy on Parks & Rec. 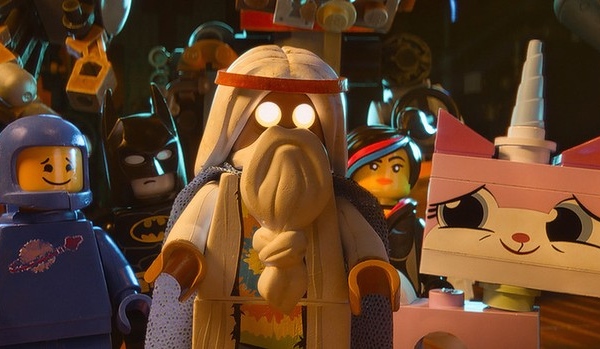 Their united goal is to confront and defeat President Business (Will Ferrell) who wants that mysterious Piece of Resistance attached to Emmet to ensure his dream of world domination goes as planned. He’s a self-proclaimed President of the Universe and is a hilariously self-serious buffoon in the hands of Ferrell. He also provides the most of the movie’s shockingly abundant corporate skewering. He runs the radio stations, creates terrible sitcoms, forces high coffee prices, and dictates all the instructions the people of the Lego realms need to follow. Oh, and don't forget about Taco Tuesday. Emmet’s hometown of Bricksburg, with its ubiquitous conformity and brainwashing musical numbers, makes all the dystopias in the recent glut of YA novel adaptations look like episodes of Leave it to Beaver. It's at once gut-bustingly hilarious in its perfect parody of modern media consumption, and then immediately terrifying because of it. The basic zero-to-hero story is perhaps the film's biggest weakness, but it provides the backbone for Phil Lord and Chris Miller’s surprisingly sophisticated dialogue and jokes. The movie runs rampant with visual gags and one-liners aplenty that can easily be missed if you’re not paying attention (or still laughing from the last joke). The thought and planning that went into this thing is so apparent in every frame; a comedy is hard to make, a comedy with an insane number of moving parts and references and in-jokes is doubly so. Good thing Miller and Lord (who also did Cloudy with a Chance of Meatballs, 21 Jump Street, and 22 Jump Street) are more than equipped to build a fast moving, economical comedy. 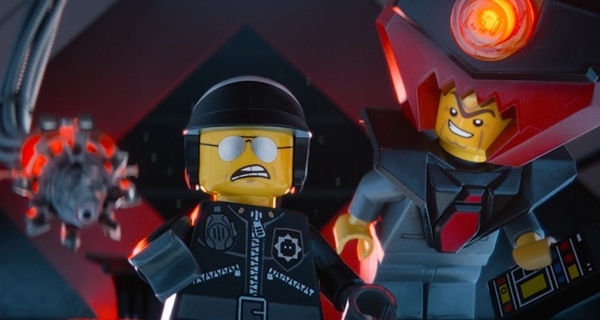 It is also apt that a movie about discovering what makes you special is in a visual category all its own. You have never seen anything that looks like The Lego Movie before, and probably never will again (until 2017 and the sequel, that is). From the blue bricks falling out of Emmet’s shower to the slight smudges and scratches on Vitruvius’s face and the crack on Benny’s helmet, this is the most convincingly handmade looking movie since the likes of Coraline and The Nightmare Before Christmas. Which is surprising, because it was all done with computers and just made to look choppy and stuttered like one of Laika’s stop motion films. There’s a constant sense of discovery to it, and I can proclaim that it took me three full viewings (and a friend’s masterful eye) to realize that Vitruvius’s staff is actually the old, dried out husk of a children’s sucker. It is a masterful feat, the combination of the everything-is-made-of-Legos rule with the scattered remains of a junky children’s room, but it fuses together to give the movie a quirky tangibility, and it's pulled off with aplomb. 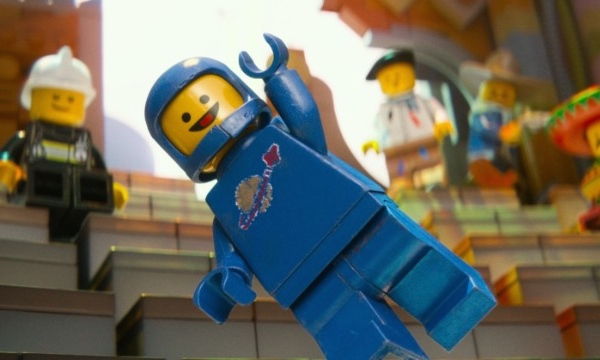 And just when you think you have seen all The Lego Movie has to show you, it takes a hard right turn in the third act that will either have you sniffling or eye-rolling. I went for the former. There’s nothing so powerful here that will have you in puddles on the floor, but there’s an unexpected sentimental core that is unearthed in its final thirty minutes that was so genuinely shocking, so earnest in its sincereness, that it disarmed me of any preconceptions of what a movie about Legos could be, and had me in near tears. Maybe having kids will help, but having any fond memories of being a kid, of the act of forgetting about everything else in the world, sitting down, and just pretending, is all you need. It’s like that brilliant moment at the end of Ratatouille when Ego eats Remy’s meal and flashes back to his mother’s cooking, completely losing himself in it. I dare not spoil the moment for you, but that’s exactly the predicament I found myself in while watching a movie about plastic people trying to save the universe: completely off-guard, in awe, and for a few minutes, I was a kid again. Not many kids movies are so daring, shocking, and unexpectedly profound. But that’s the thing about this movie: it remembers that every kid’s movie should be these things, because every kid is.
Rating
9.9
Pros