Leading the cast of the summer hit Inception as well as his stay on Shutter Island, Leonardo DiCaprio is no stranger when playing roles dealing in matters of the mind. Now, Deadline is reporting DiCaprio's next role will take him to much darker territory: the mind of a serial killer.

DiCaprio will star in Devil in the White City based on the book The Devil in the White City: Murder, Magic And Madness At The Fair That Changed America. He will portray Dr. HH Holmes who lived in Chicago during the height of the Chicago World's Fair in 1893. Using the influx of individuals, notably young single women, who were coming to Chicago at this point in history, Holmes would open The World's Fair Hotel, an inn that would become known as a “murder castle,” complete with a gas chamber, crematorium and a dissecting table where victims would die and be stripped of their flesh.

History is unclear how many people Holmes murdered (evidence during that period was hard to muster). Historians have reason to believe that Holmes was responsible for the deaths of 27 to 300 people, making him the first prolific (and public) serial killer in the country's history.

It's an interesting turn for DiCaprio, who has been able to guide his career effectively since his Titanic days (large in part credit is due to Martin Scorsese as well). Each role takes him deeper into darker turns, and when playing a man whose body count would impress other serial killers (Hannibal Lecter anyone?), it's worth getting a little hyped over. Now comes the question of who will be directing him in such a period film as well as how “White City” will fit into his schedule with his next project still slated to be the biopic of notorious FBI director J. Edgar Hoover, Clint Eastwood's Hoover. 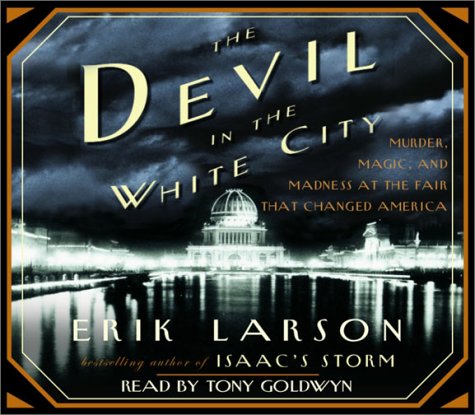