By: Justin Moody | Comic News | August 28, 2010
BOOM Kids! is proud to announce that DARKWING DUCK #2 has sold out, sending everyone's favorite masked mallard into 2nd printing. This follows on the heels of the announcement that DARKWING DUCK #1 sold out and went to reprint earlier this month.

Fans should keep in mind, while Diamond Comic Distributors is completely sold out, first printings of DARKWING DUCK #2 may still be found at a direct market retailer near you. 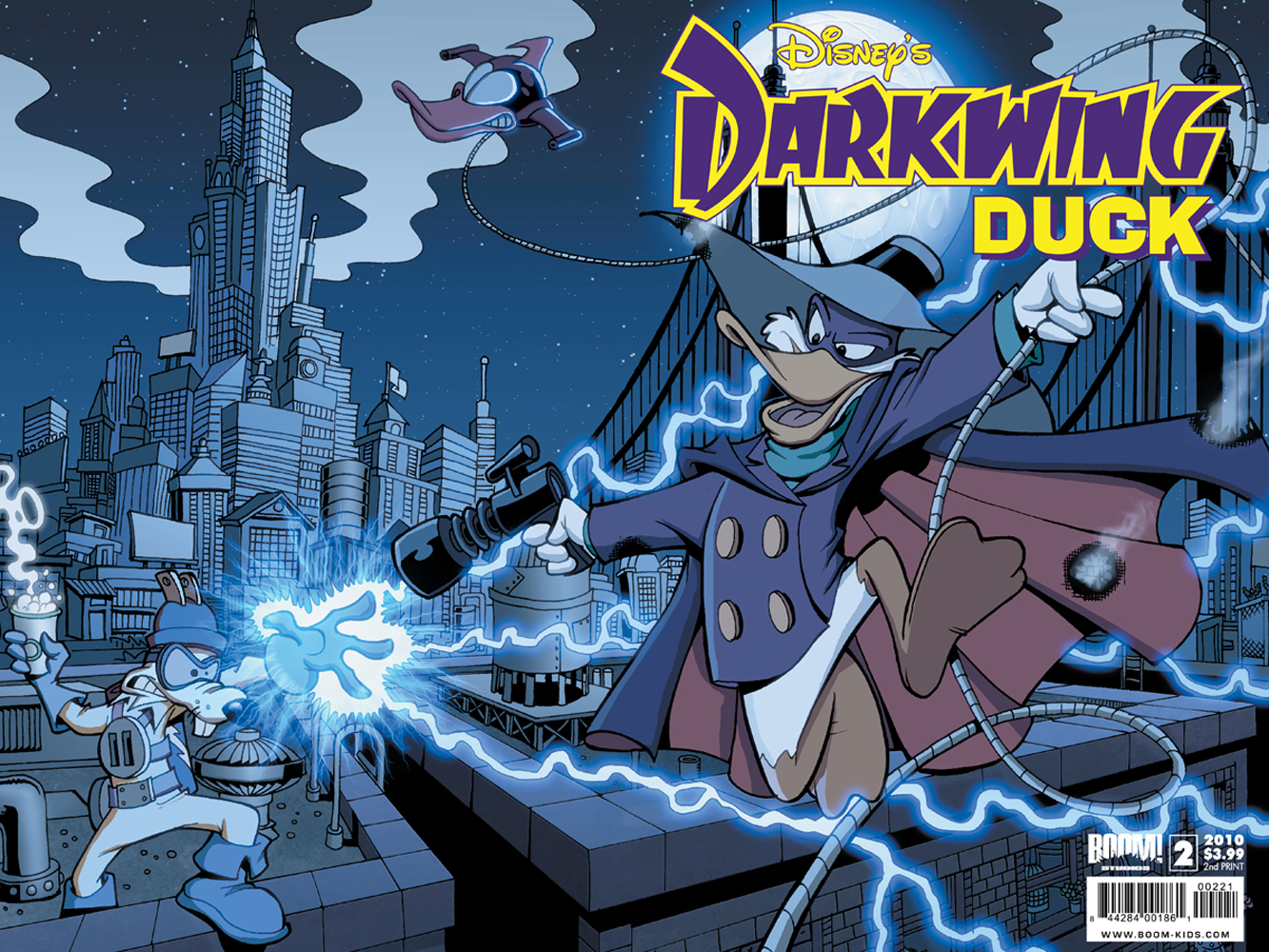 The exciting new ongoing DARKWING DUCK adventure is written by Ian Brill, with sensational interior art by James Silvani. The first printing shipped with two covers in a 50/50 split and a 1 in 10 incentive cover. The 2nd print carries a Diamond code of: JUN108175.

Recently, BOOM! Studios announced that in addition to Diamond carrying BOOM!'s front list, Haven Distributors will also be carrying all BOOM! titles. Retailers needing more information on how to order from Haven Distributors can call 1-877-HAVEN-50 or sign up on their website here:http://www.havendistro.com/retailers.html