Leverage – The Morning After Job

So, way back in the season 3 premiere of Leverage, we were introduced to a mysterious Italian woman who worked for the US government and was blackmailing Nate and the gang to go after uber-bad guy Damien Moreau.  It was an interesting set-up on a show that in the past has avoided long-running plotlines. 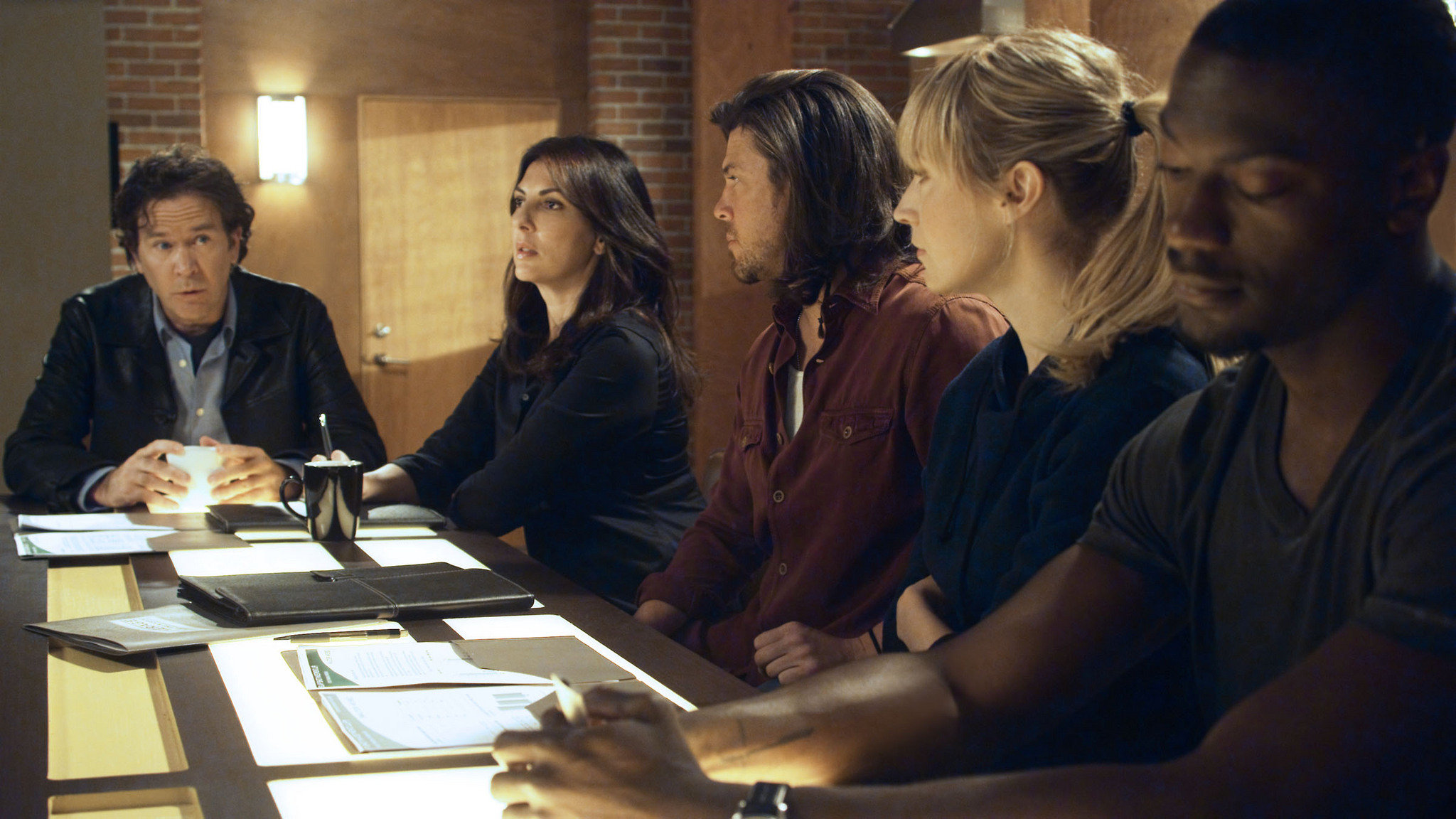 Of course, then the show proceeded to continue to avoid long-running plotlines, barely mentioning Moreau over the course of the next 8 episodes.  And then we get to the most recent outing, the show’s last for a few months (it’s not technically the season finale since the show will return for 3 more episodes in December, but it’s pretty close), with the return of the Italian woman and a heist designed to go after Moreau.  But when it’s all over, where are we exactly?  Any closer to resolving this Moreau plotline or even explaining who Moreau is?  Of course not.

Call me greedy, but this far into a season, I’d like to have at least seen the bad guy's face, but he remains completely out of sight.  In fact, with its plotline of helping out a victim of a stock market scam, the only thing separating this mini-finale from just any other episode of Leverage, is that fact that Moreau’s name gets said a bunch of times.

This is especially frustrating because the plot itself is a good one, and as a regular episode of Leverage it’s very successful.  But as a finale, it can’t help but be disappointing.  The story concerns a hockey star turned crooked stock-broker, played by Spencer Garrett and seemingly loosely based on former baseball star turned failed stock-broker, Lenny Dykstra.  He is under federal protection as a state’s witness, so their plan to get to him involves Nate and Sophie posing as opposing lawyers, Haridson and Eliot pretending police and busting up a ring of dirty cops in about fifteen seconds, and Parker getting to test her skills playing first a seductress and then a corpse 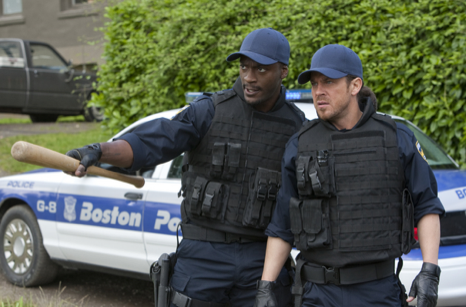 All in all, it’s a fine episode with some exciting scenes (the gang even coming under fire from a sniper at one point), but at this point in the season I was expecting a bit more.  In the final ten minutes, there’s an attempt to rush in a bunch of Moreau-related developments.  Nate figures out how to hack into Moreau’s financial accounts.  It turns out the Italian woman doesn’t actually work for the government and was just trying to get Nate and the gang to work for her (how Nate figures this out is completely beyond me).  Apparently the woman wanted them to figure out she was using them so they’d go after Moreau on their own, which she confides to a mysterious boss (Really?  Another central character whose face we don’t see?).  But all of this is just window dressing on what is otherwise an episode that could have aired at any time in the past three seasons.  If Leverage is going to have these season-long arcs, they should actually commit to them and develop them over the course of a season.  As it is, all it’s doing is making me expect something that the show doesn’t deliver, instead of enjoying the show for what it is.