When the Leverage gang is at its strongest and most entertaining, everyone in it has a part to play.  The team is working together, not unlike in Mission: Impossible group, with every player having a defined role that plays to their strengths.  Knowing this, it’s surprising to see an episode that purposely marginalizes everyone aside from Nate (Timothy Hutton), so he can have a show dedicated to him being reunited with his long-incarcerated father.

Sure, the other characters are present, and they each get their moment; Spencer gets in a crowbar fight with a bad guy, Sophie pretends to be a drunk Italian mob-family princess, Hardison hacks into the alarm systems of every building in town. As for Parker…well, she doesn’t do much of anything plot-wise, but she does produce the episode’s funniest moment, when she tosses a crow bar to Eliot during his fight, only to smack him in the head with it. 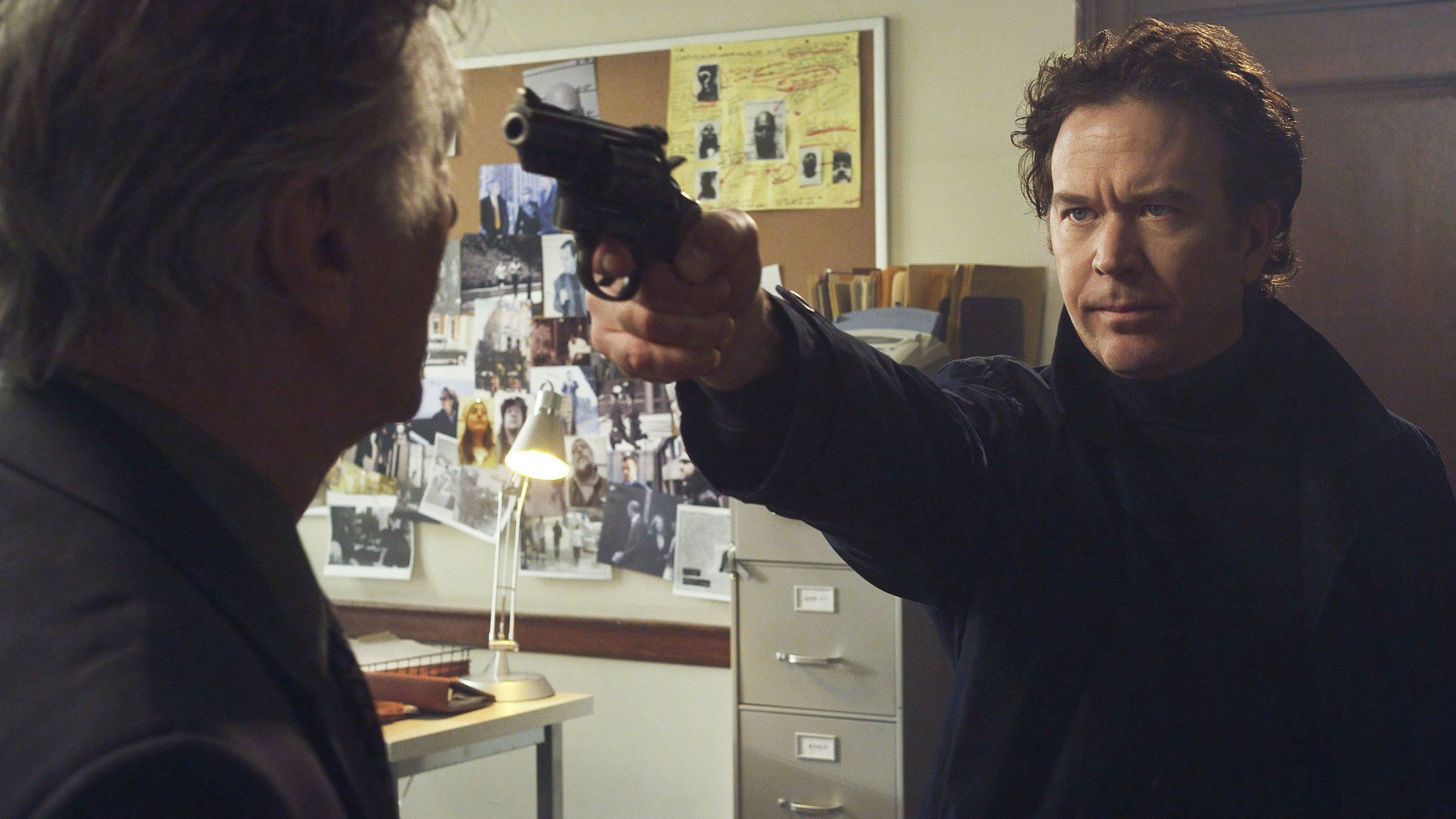 But for the most part, the team is left on the sidelines and we instead focus on Nate and the latest mark, who happens to be his dad, played by the always-intriguing Tom Skerritt (Alien, Top Gun).  Nate’s dad is just out of prison after working for the Irish mobs of Boston for years.  He’s now attempting to get back in their good graces, and this somehow involves Russian mobsters blackmailing regular citizens into working for them using cell phones.

Therein lies the major problem with the episode.  For a show with a pretty simple storyline (Nate must decide whether to help his father or bring him down), the plot gets pretty convoluted.  First they’re working for a guy being blackmailed, then it turns out the guy blackmailing him is also being blackmailed, then it’s Nate’s dad behind it, then Nate maybe is working for his dad, maybe he isn’t, then they’re robbing banks, then they’re not really robbing banks, and so on.  A good episode needs a red herring or two, but this takes it to ridiculous extremes.  We don’t even see the man who initially hires them ever again after the opening, which should give you an idea of how far off-topic this episode rambles.

But what we’re left with, underneath all the twists and turns, is an interesting chess match (or Three-Card Monte match, as the case may be) between Nate and the man who he first learned from.  It may go over the top at some points, like in a scene where Nate pulls a gun on his father.  Knowing Nate as well as we do, the idea that he would kill his dad is completely implausible.  Even the ending, where Nate’s actions leads to the mobs gunning for his father, seems to strain believability. Nate teaching his dad a lesson and putting him on a boat back to Ireland is nice, but would he risk his dad being brutally killed by the mob to get there?

However, watching these two actors facing off against each other makes it worthwhile, and leads to a willingness to overlook the episode’s other flaws.  It’s a reminder to how big a part an actor’s presence can play in the success of a show.  Leverage may be a show that normally lives and dies by its ensemble, but as long as they’re bringing in actor’s like Tom Skerritt, it’s alright if the gang takes a week off every now and then.