By: Steven Chaitman | Movie News | June 21, 2012
With the help of director/producer Luc Besson, Liam Neeson reinvented himself as a gritty action hero in the 2008 film Taken, which grossed $226.8 million worldwide off a budget of $25 million. A sequel quickly became a foregone conclusion for 20th Century Fox, and we finally have a trailer to showcase its inevitable badassery.

Neeson returns as Bryan Mills, the man with a "particular set of skills," and this time while on vacation in Istanbul with his previously taken daughter, Kim (Maggie Grace), and his wife, the newly added Famke Janssen, the Slavic men he messed with in the first film seek their revenge. The bad guys are led by veteran Yugoslavian actor Rade Serbedzija, who bears an uncanny resemblance to The Most Interesting Man in the World. 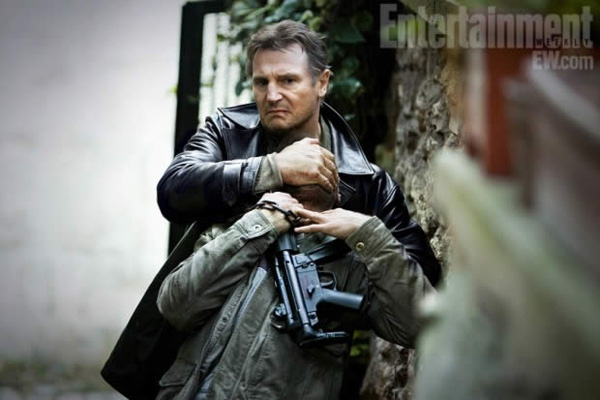 The action begins when Mills' wife is kidnapped (shocker). Trying to milk the iconic bedroom kidnap scene from the first film for all it's worth, Leeson gets Kim on the phone and tel her to listen carefully. "You're mother is going to be taken."

Ah, so it's that kind of sequel. Well, I suppose we're still very okay with that.

Taken 2 arrives is directed by Olivier Megaton (Transporter 3, Colombiana) with a script from Besson and Robert Mark Kamen; both wrote the first film. It arrives in theaters Oct. 5.