(MINOR SPOILERS AHEAD!!!)
Square-Enix and Dontnod Entertainment has finally released the final episode of Life is Strange in late October. Since January 2015, this episodic choice-based game about a young photographer who can travel through time has gained quite the following. With it’s well-written and engaging story and interesting characters, it’s easy to understand why. 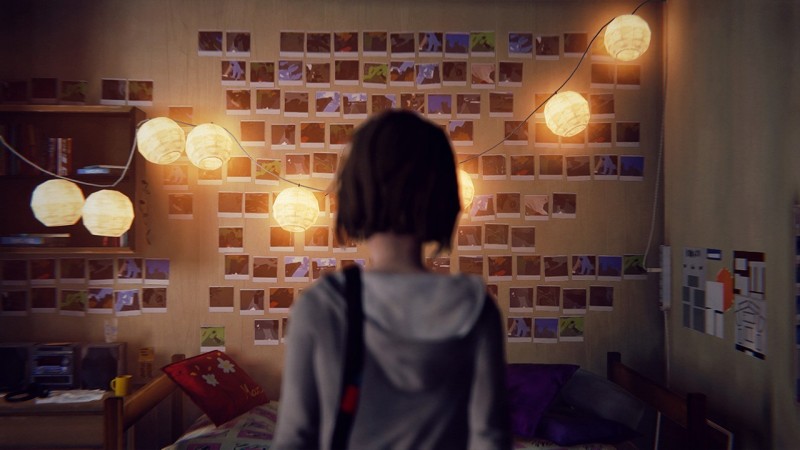 Maxine “Max” Caulfield is a photography student at Blackwell Academy in the fictional Oregon town of Arcadia Bay. When she sees her childhood friend, Chloe, shot and killed in the school restroom, she suddenly learns that she has the ability to turn back time and ends up saving her life. Chloe and Max team up and use Max’s rewind abilities to uncover the mystery of a missing teen, Rachel Amber. What they uncover is a conspiracy involving a rich family, their spoiled (and mentally disturbed) son, and a large cover up. On top of all that, the town of Arcadia Bay seem to be the epicenter for strange phenomenon, such as double full moons and snowfall on warm days. As the game progresses, Max continues to learn the extent of her powers while you, the player, have to make some rather tough choices that effects the way the story unfolds. 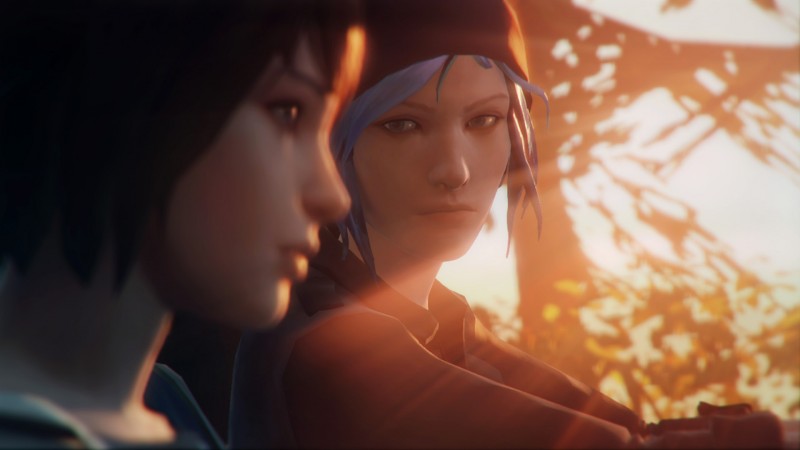 Despite the variety of activities the player experience, such as searching for clues, talking to other characters, solving puzzles using your time travel powers, and taking pictures, the gameplay and controls are very simple. The running theme of the game is the Butterfly Effect, where the choices you, the player, make decide how the story unfolds. Even what seems to be the most unimportant of choices such as “what am I gonna have for breakfast?" can have dramatic repercussions. Gamertip: Pick the banana pancakes with maple syrup! These choices include how you interact with other characters, so depending on how you treat your fellow students early in the game will effect how they interact with you near the finale. 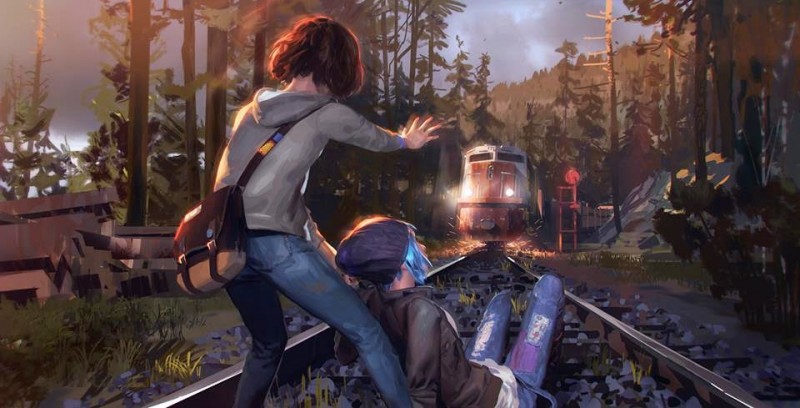 The visuals in the game are simply breath taking. The environments are very vibrant, colorful, and detailed. So detailed in fact, if you are a completionist gamer, you’ll spend a lot of time reading all the news papers, fliers, journal entries, and text messages that has been meticulously placed throughout the entire game. The animation on the characters however, are not as detailed. A lot of times, the expressions on the character’s faces can be pretty minimal when the moment calls for extreme emotion. The body movement, on the other hand, seems a bit more natural and believable. Overall, the graphics on the characters is a little iffy, but seeing as how the game was meant for both current and last gen consoles, it’s a bit understandable. Regardless, the lack of details in the graphics do not distract from the overall experience of the game.
Those who play Life is Strange with really good headphones are going to get a lot of bang for their buck. The sound design of the game is amazing. From the top notch voice acting to the mellow soundtrack, it’s an auditory treat for the ears. The entire voice cast performs their characters beautifully. Ashly Burch shines in particular, not only because she plays the majority of the female characters in the game, but she has clearly earned her Golden Joystick Award for Performance of the Year when she shows her vocal range as she plays multiple versions of her character, Chloe Price. The soundtrack matches the game’s dramatic and sometimes mellow tone thanks to composer Jonathan Morali and tracks by Syd Matters, Mud Flow, and Sparklehorse. 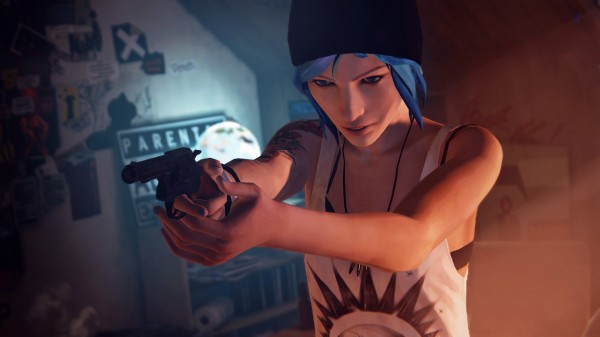 "This is a stick up! Give me all your time travel in a bag!"
Unfortunately, it’s hard to talk about the game’s major faults without getting into spoiler territory, because everything falls apart in the climax of the fifth episode. I do recommend the game. It’s well-written, I love the characters and how the game makes you feel like you are the center of this massive story. However, in the end, I can’t help but feel confused and disappointed. Usually, in games where the story revolves the choices you’ve made (such as Telltale’s The Walking Dead or Until Dawn), the result is several different endings. Here, that isn’t the case. In the end, you have the choice of two endings. TWO ENDINGS!!! Not only are both of them disappointing, but all the choices that you’ve made in the game up to that point don’t effect either of them. 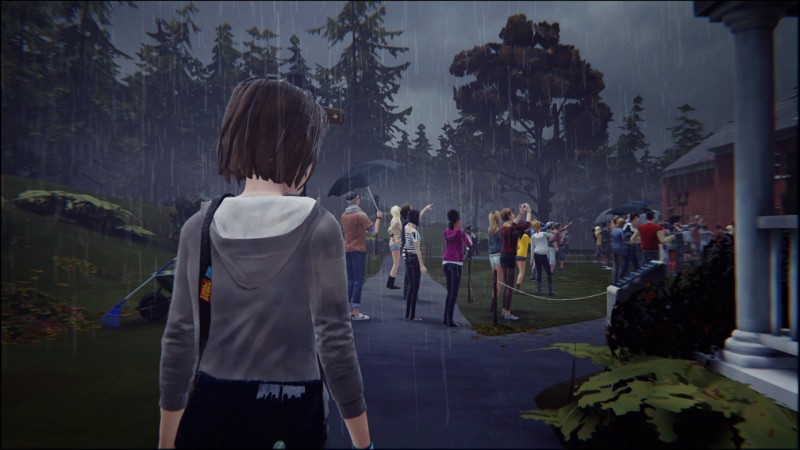 Despite the disappointing ending to Life is Strange, I still recommend it for the music, the characters, and the overall experience. Be warned though, the ending will leave you with a lot of unanswered questions and wondering (story-wise) what the point of it all was. Hopefully some light will be shed someday, as Dontnod Entertainment has (seemingly) confirmed a follow up.
Rating
8.6
Pros