The Light Between Oceans Review

"You only have to forgive once. To resent, you have to do it all day, every day."
By: Russ Matthews | Movie Reviews | September 13, 2016
M.L. Stedman’s novel comes to life on screen with this harrowing portrayal of life through the lens of a lighthouse and the attendant who cares for it. Tom Sherbourne (Michael Fassbender) is a soldier who has returned from World War I and is looking for some solitude from the horrors of war.  He decides to take the position of the lighthouse caretaker on Janus Island which is off the coast of Western Australia. He wants to leave behind the nightmares of his life, but after a brief encounter with Isabel Graysmark (Alicia Vikander) he begins to reconsider the life of total isolation. During his time of seclusion and separation from his new found love, through a series of letters, their brief meeting grows into a flourishing romance. After his first term in the lighthouse, Tom decides to propose to Isabel. She accepts and after marrying, they choose to continue their life on Janus Island and their passionate adventure continues. The harsh beauty of the island provides them with their own private Eden, until tragedy encroaches on their paradise. As they travel through life and the trials of failed pregnancies, a unique twist of fate changes their lives forever. A row boat with a dead man and a malnourished, but living baby floats to shore. The decisions by this young couple go on to have far reaching implications within this small Australian community. 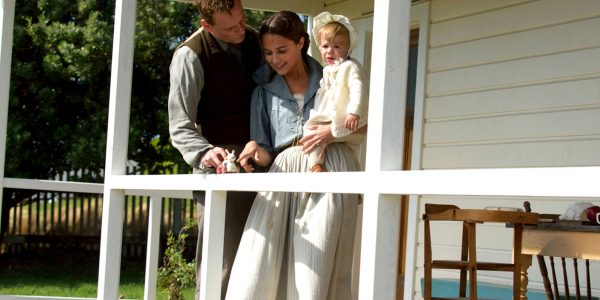 The Light Between Oceans is like seeing a romance unfold through a prism, which makes it hard to categorise. Stedman’s historical love story provides a multi-dimensional glimpse into the hearts of the human experience. She has written a journey that exposes the impact of every decision made within a relationship has implications that reach beyond the relationship itself. Director Derek Cianfrance (The Place Beyond the Pines) has taken Stedman’s novel and provides a masterful and measured approach to this unsettling, but captivating lesson in the human condition. His independent film pedigree allows this seasoned director to be comfortable uncovering all areas of relationships, which can be quite unsettling when it is packaged as a romance. This combination of writing and direction make for a uniquely beautiful, but raw look at life. 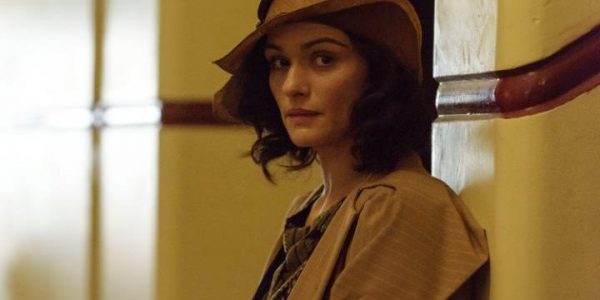 Fassbender and Vikander have an uneasy chemistry that plays out perfectly against the gray hues of the ocean and island landscape. They both have experienced the pains of war and for them to love, they have to move past the pain. They manage to convey the passion of a new relationship by mixing in the necessary vulnerability to make it believable. Allowing for these relational imperfections to occur provides a refreshing option to the current trend of Nicholas Sparks storylines. If this couple is not compelling enough, Cianfrance manages to surround them with an amazingly understated cast of Academy Award winners and some of the best acting talent to come out of Australia. Rachel Weisz's performance as the grieving mother and widow shows her consummate ability to encapsulate each role she is given. Then to add Bryan Brown and Jack Thompson into the mix adds the additional flavouring that makes the bittersweetness of the story appealing.
It can be said that a key element of Australian literature and film is the consistent celebration of the tragic side of life. This can be said of The Light Between Oceans, but this dose of reality should not deter audiences from experiencing this beautifully, heartbreaking drama.
Rating
7.0
Pros