Like The Company Men? Try Enron: The Smartest Guys in the Room

Aw, what troubled times we live in. 2008 saw many an investor off themselves with the economic downturn. It was only a matter of time before filmmakers and Hollywood at large turned their attention towards the crisis. One of the films yielded from this is The Company Men starring Ben Affleck, Tommy Lee Jones, and Kevin Costner.  I finally had the opportunity to see this after missing it at Sundance 2010 and having its release delayed a couple times. Ben Affleck plays an upper-middle-class salesman who finds himself among the thousands laid off from their jobs at that time. Jones is a higher level executive that believes company bonuses should go before the jobs of people that need them.

It’s good but had potential for more. It doesn’t offer much in the way of surprises, and lots of people may find it hard to sympathize with the fired executive who has to get rid of his Porsche when times are tough, but overall the film is enjoyable, and the recession provides a good backdrop for drama. 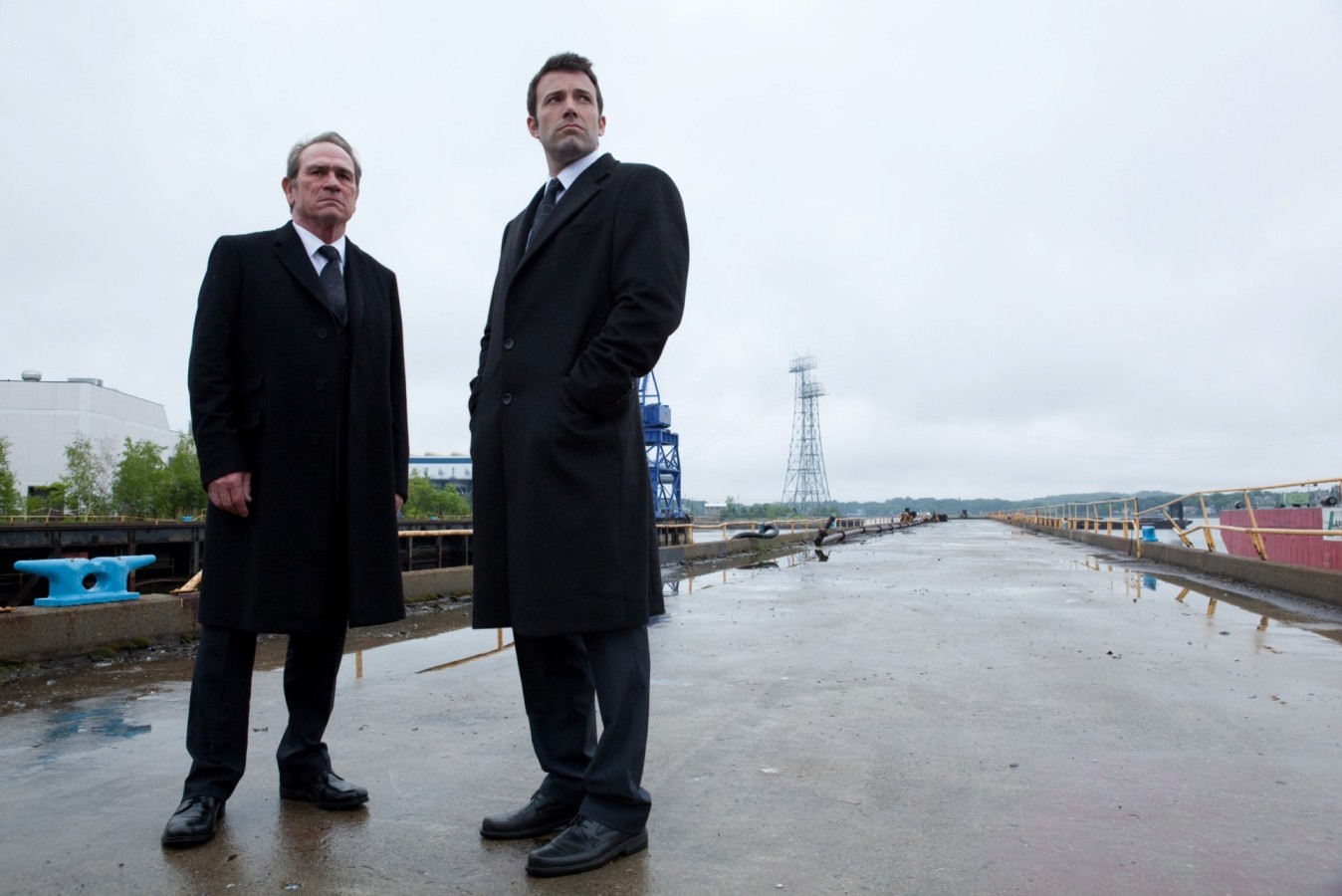 However, the most compelling stories involving our recently hosed economy are ones that actually happened, with real people. One, entitled Inside Job, is up for Best Documentary at the Academy Awards this year and is expected to win in many circles. Sundance 2011 had two docs on the crises, one offering an interesting perspective via a British filmmaker.

But the film that has the most resonance with me in regards to this matter took place before 2008, serving as a sort of prequel or sign of what was to come. Enron: The Smartest Guys in the Room tells us just exactly what happened with the most infamous corporate scandal of the last decade, how the top executives cheated and defrauded their thousands of employees out of their pensions and savings, all in an effort to keep their stock price high. Fortune magazine named the company one of the best to work for in 2000, and one of the most profitable. In 2001, the scandal was exposed and the company went bankrupt, but not before the skeezy criminals got their employees to reinvest their savings and 401k’s in the company stock, and not before denying that they knew the company was in trouble before parachuting out and cashing in their stock options.

The film also exposes the scheme to bilk California out of “one or two million dollars a day” when they took charge of electricity for the state, leaving the residents at their mercy with random and extended blackouts. The depth of the corruption and greed is hard to express in a small column, but the film takes the complicated, dense procedures the trickery was concealed in and makes them clear for the audience. (The mastermind of which, Andy Fastow, was only sentenced to six years for, which means he’ll get out of prison in December.) Skilling, the CEO, will be in prison till the year 2024 I believe, and Ken Lay, the bastard chairman, died before he could serve any time for his sentence.

There is one slight bit where the film takes a tangent involving one of the executives fascination with strippers, which feels out of place. But hey, gratuitous nudity in a documentary about finances and business never hurt anybody. This is a true story that’s stranger than fiction, and must be seen through the eyes of revered documentary filmmaker Alex Gibney.