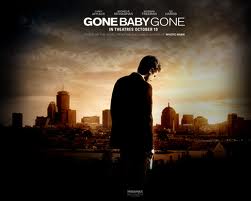 Our story starts with the recent abduction of little Amanda McCready being broadcast on the news. Her mother, alcoholic drug abuser Helene (Amy Ryan) is distraught at her daughter’s kidnapping, but her sister and brother-in-law seem to be the most concerned about finding the girl. They enlist the help of Patrick Kenzie (Casey Affleck, Ben’s kid brother) and his partner Angie (Michelle Monaghan) to augment the police investigation and hopefully turn up some information using his own methods and sources.

Their investigation requires the collaboration of several individuals, including the detectives of the case, as well as the police chief (Morgan Freeman). As they discover some information that Helene initially hid from the police (she jacked 130,000 dollars from a drug dealer, small detail) they suspect that the dealer may have taken Amanda as a means to get his money back, and justify a backdoor deal with the man in hopes of getting the girl home safe.

Such as life, things rarely go to plan, and the movie has twists a plenty, but unlike many of its predecessors, none are cheap and they are always engaging. They provide the movie layers that allow us to delve deeper into it rather than just take an abrupt turn because the screenwriters have no other tricks in their bag. Above all, they allow us to consider the complex moral questions the movie raises. When is cold-blooded murder justified? Is it ever right to deprive someone of their child? The film allows us no answers to these questions, and shows the characters just how non black and white these dilemmas are. One of the most powerful scenes comes at the end, as a character who was so sure of his decision prior to making it now has to see the consequences of it and its effects on other people; and we can see how his general principles once applied to a specific situation create a result that’s less than ideal. 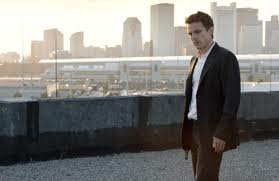 If there’s a singular performance to be singled out it’s Amy Ryan’s as the mother of the stolen child. Most of us are probably familiar with her as one of Steve Carell’s quirky love interests on The Office. Here she gives a much different performance as a person who abuses cocaine, uses racist and foul language liberally, and who still manages to provoke our sympathy as she mourns the disappearance of her daughter. Not to slight the other actors, all do a memorable job at making their characters three dimensional, but Ryan’s is amazingly well done.

With both Gone Baby Gone and The Town, Ben Affleck proves he’s a directorial force to be reckoned with, and after several years of being villified by the critics for his choices in some rather poor movies, it’s good to see him properly utilizing the talent so evident in Good Will Hunting and Chasing Amy. The Town emphasizes the crime in crime drama, and Gone Baby Gone emphasizes the “drama” in the same term. Either way, if you like one, it’s safe to say you’ll like the other.