This last Friday we were treated to another dose of Oliver Stone’s commentary on the allure and greed of Wall Street. For those who liked the film, there’s another they should check out: 2000’s Boiler Room, written and directed by first-time filmmaker Ben Younger.

Our story begins with Seth (Giovanni Ribisi), 19 years old and going nowhere. College simply isn’t for him, and to get by he runs a casino out of his apartment. This doesn’t sit too well with his respected federal judge father, Marty, whose approval has always been just out of Seth’s grasp. In an attempt to please his father, he accepts an old friend’s offer to come work at the brokerage firm of J.T. Marlin, where he’s promised that he “will become a millionaire within three years of working here.” 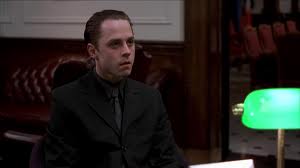 Sweet deal, right? Seth finds he has a knack for the business, and soon no longer needs the casino. He relishes the feel of the expensive suit, the slicked-back hair, and the friends who can quote the entire first Wall Street. Soon, the money is coming in, and things are good. However, all is not well when he learns of J.T. Marlin’s shady business practices. As he becomes aware of people the company is swindled, he becomes embroiled in an FBI investigation, one that entangles his father and most of his new friends.

Boiler Room is similar to other movies such as Wall Street and Glengarry Glen Ross in that it’s populated with innocent people thrust into worlds of apathy and greed, led by people whose number one priority, wealth, far outweighs anything else in life. Take Ben Affleck’s monologue during a group interview, which, on a side note, could be the best piece of acting he’s ever done.

“Anyone who tells you money is the root of all evil doesn’t fuckin’ have any. Money doesn’t buy happiness? Look at the smile on my face! Ear to ear, baby!”

Yeah, I know, they’re profane guys, too. Each of these films is an exemplary depiction of a story that’s been in our communal consciousness for thousands of years: the corruption of one’s soul by riches. The scary thing about the story as these films tell it is that these thieves aren’t mugging anybody on a street corner, but while wearing an expensive suit and a hundred-dollar smile from the 32nd floor of a skyscraper. Boiler Room in particular is good at putting three-dimensional characters of all varieties in the firm and allowing us to track their actions. Some know exactly what they’re doing as they rip-off their customers, others believe that they are genuinely there to serve the client. It’s amazing what some will justify in the pursuit of money.

The most disturbing thing about it is that in these movies traditionally the protagonists give up the wealth in favor of their soul. Given the state of our economy, you just know the same thing isn’t true in reality. 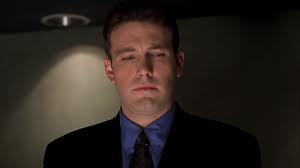