Looking Back At The Cancelled New 52

It’s been a little over a year since the advent of the New 52. Now it’s two waves later and several books have come and gone in their wake. Some of these books were actually thought worthwhile and some think it a shame that they were cancelled. Whether it was because they were too niche, didn’t pick up quite as soon as the head honchos or readers would have liked, or maybe just because there were books that needed the spaces more, these titles just didn’t make the cut. I’d like to take a look back and see exactly what was lost since the reboot (but before the Third Wave) that maybe could have stuck around a while longer.
This is by no means a definitive list of any sort but only a few titles that I believe deserve a second look.

This title, of course featuring the eponymous Captain Atom, was a real surprise hit among readers since its debut along with the rest of the First Wave. A surprise due to the notoriety that writer J.T. Krul has at either being relatively average or disappointing. With this title, however, it seemed that Krul was pulling out the stops. It was at times awkwardly written and paced, but there were moments of near poignancy - a tangible effort to do something interesting with the character. Beats of both great melancholia and of hope were strewn across the 13 issues that the series ran.

We got to see the world through the eyes of a man that was desperately trying to hold on to his humanity even though he were now something superhuman. Admittedly it was, as has been claimed by many, an attempt to be “Dr. Manhattan-Lite”, but as a first wave title in a then uncertain future it was a welcome familiarity. Not to mention that it was done well and not necessarily half-baked. The series was able to elicit quite a bit of emotion from the readers toward Captain Atom. 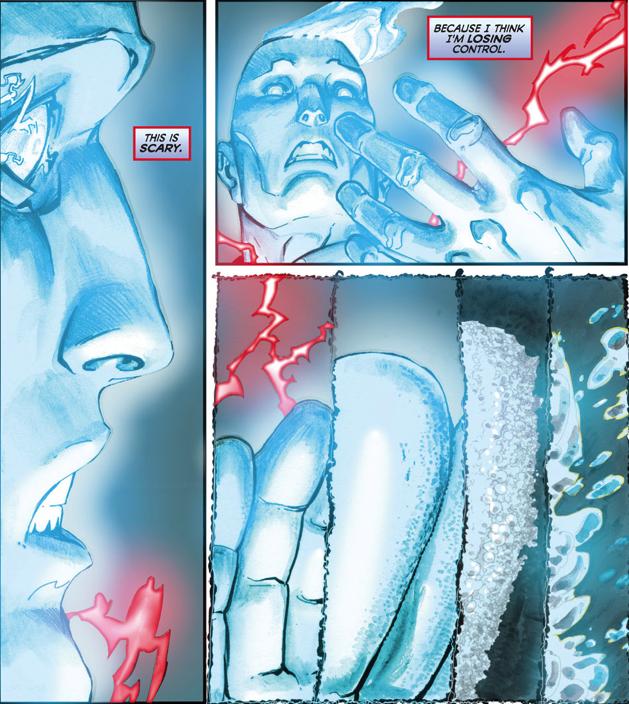 The art was one of the bigger draws the book had. It was top notch and made up for what the writing lacked in some instances. A decent book with great art and a competently, if dragging, written story. The simple looking, yet thoroughly intricate, style really set the book apart. Not to imply that the writing was a slouch, since it was able to fit in both heartwarming and heart wrenching scenes into its narrative.

Resurrection Man was the rather weird result of the famous creative team Dan Abnett and Andy Lanning, the minds behind such fan favorites like Guardians of the Galaxy and Nova. They returned to DC to re-launch a character they had created back in 1997, you know who, as part of the First Wave of the New 52. 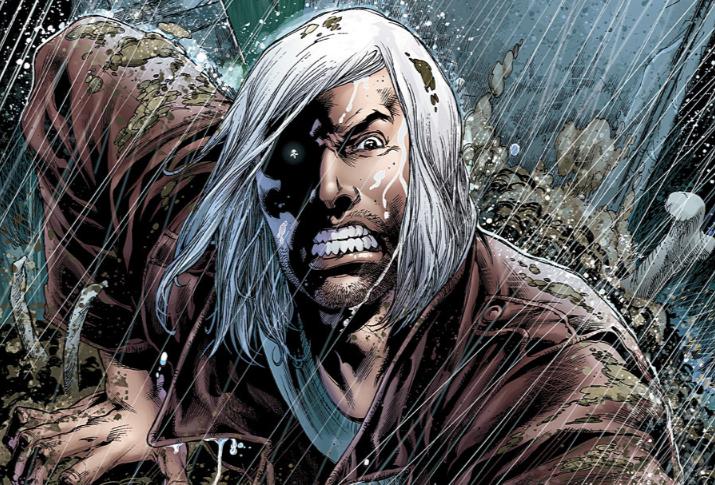 The series followed the exploits of Mitch Shelley who had the curious power of Immortality. Not curious in that he was immortal but rather in that he gained a new ability with each new resurrection, an interesting conceit to say the least. Abnett and Lanning proved they knew what they were doing, however, with the character’s original series, which lasted 27 issues, which is why it is disappointing that this run only lasted 13. There’s a certain flair that they brought to the series that might have seemed off-putting to many, and appealing only to those tuned into the same frequency. There are a lot of things that occurred that could only really have worked in their own demented way, given the premise and tone of the book. Not to sound morbid but some of the deaths were really something to behold. 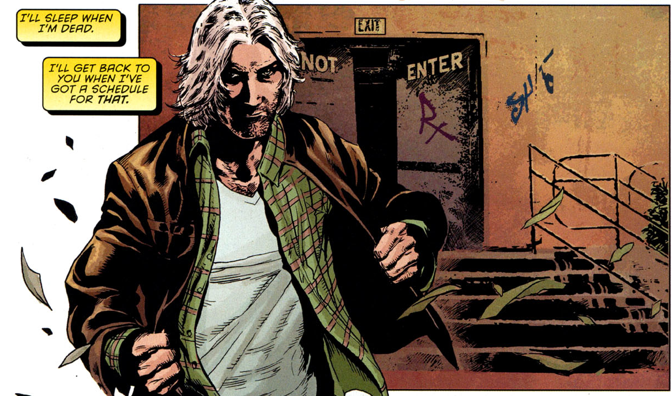 It was a fun series that only a few were able to click onto with just the right amount of derangement and quirk. Understandably there were those who didn’t feel the same way and the series was canned to make room for the Third Wave, with the final issue trying to tie-up the many loose ends of the series. It knew what it was, however, something that only few titles can claim.

Men of War wasn’t perfect, at times it could be meandering and feel a bit aimless, but it showed how DC was willing to branch out. If you didn’t especially like the series you at the very least have to give it credit for that.

Men of War followed the exploits of the fighting forces from past eras to the present day and how they adapted to fight in the DC Universe, as we know it. What this meant exactly the book was inconsistent on. It could be at points about how normal soldiers trying to fight super powered threats, trying to just survive them, or just a regular war story between two normal forces.  While this might have been a disappointing mixture for those looking for any one of those three types, some were able to find it an enjoyable mélange of affairs. 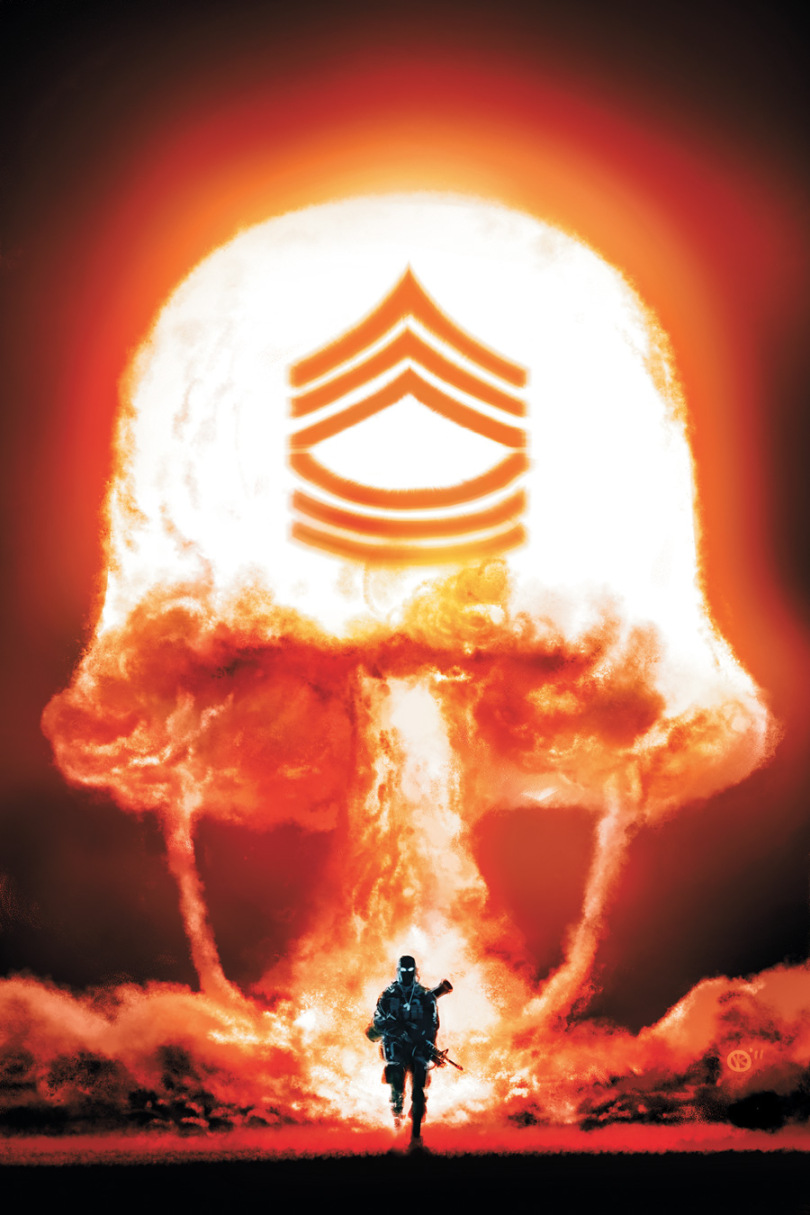 What aided the book were its fantastic covers, and I mean fantastic. The covers were simply a delight and each poster material. An other aide were the book's back-ups and side stories. The main features of the series could range from mediocre to bland but with consistency of the other parts helped overshadow it a bit. Near the end of the series, starting from Issue 5, the series had begun to reach a nice balance with all of its ingredients, culminating its eigth and final issue finally capitalizing on the series’ promise with a wild romp of a story about Frankenstein and G.I. Robot fighting along with allied forces during WWII. It might not have been a well-rounded book, but what it did have going for it was done well, and it went out with a spectacular bang. 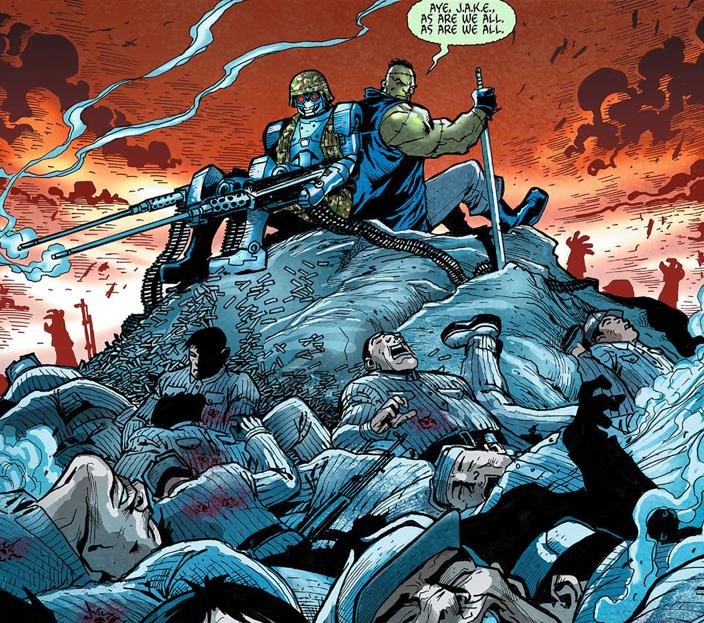 A personal favorite and a series that I am the most disappointed to have seen cancelled. The result of a partnership between Dan Didio and renown artist/writer Keith Giffen, it was a thankful reprieve for a character that many thought lost – OMAC: The One Man Army Corps. To many that name might seem familiar due to its use during Infinite Crisis as the sentinel-esque mooks of an evil Brother Eye and Max Lord. Before the New 52 many fans of the original Jack Kirby series felt that the future was dire for O.M.A.C. since this was what we were stuck with. When the reboot did come around things became a whole lot brighter as Didio and Giffen took on the character and brought him back to his roots – Kirby Style. 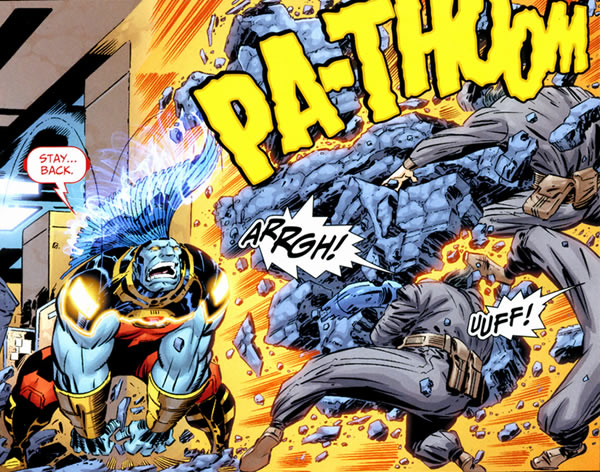 What they came up with were 8 issues of magnificently over-the-top action set to the tune of classic Silver Age/Jack Kirby-style craziness. It was back to basics for O.M.A.C., now called the “One Machine Attack Construct”, and the two played it for all it was worth. Within the series were also the connections to and influences from other classic Kirby works, such as Kamandi. More notable, however, were the connections to the Kirby’s “Fourth World”, implying relationships between this new O.M.A.C. and Kirby’s most famous creations: the New Gods. Besides all of that the series redeemed the character of Brother Eye from his stint as a generic A.I. villain and transformed him to the hilariously passive-aggressive supervisor/protector of Kevin Kho, our reluctant protagonist.

Together the characters were an entertaining odd-couple, playing off each other greatly as they battled Max Lord, Checkmate, and even enemies like Darkseid’s Furies.  There was even a fight with Frankenstein. Oh, did I neglect to mention the crossover with Frankenstein: Agent of S.H.A.D.E.? Because that totally happened. 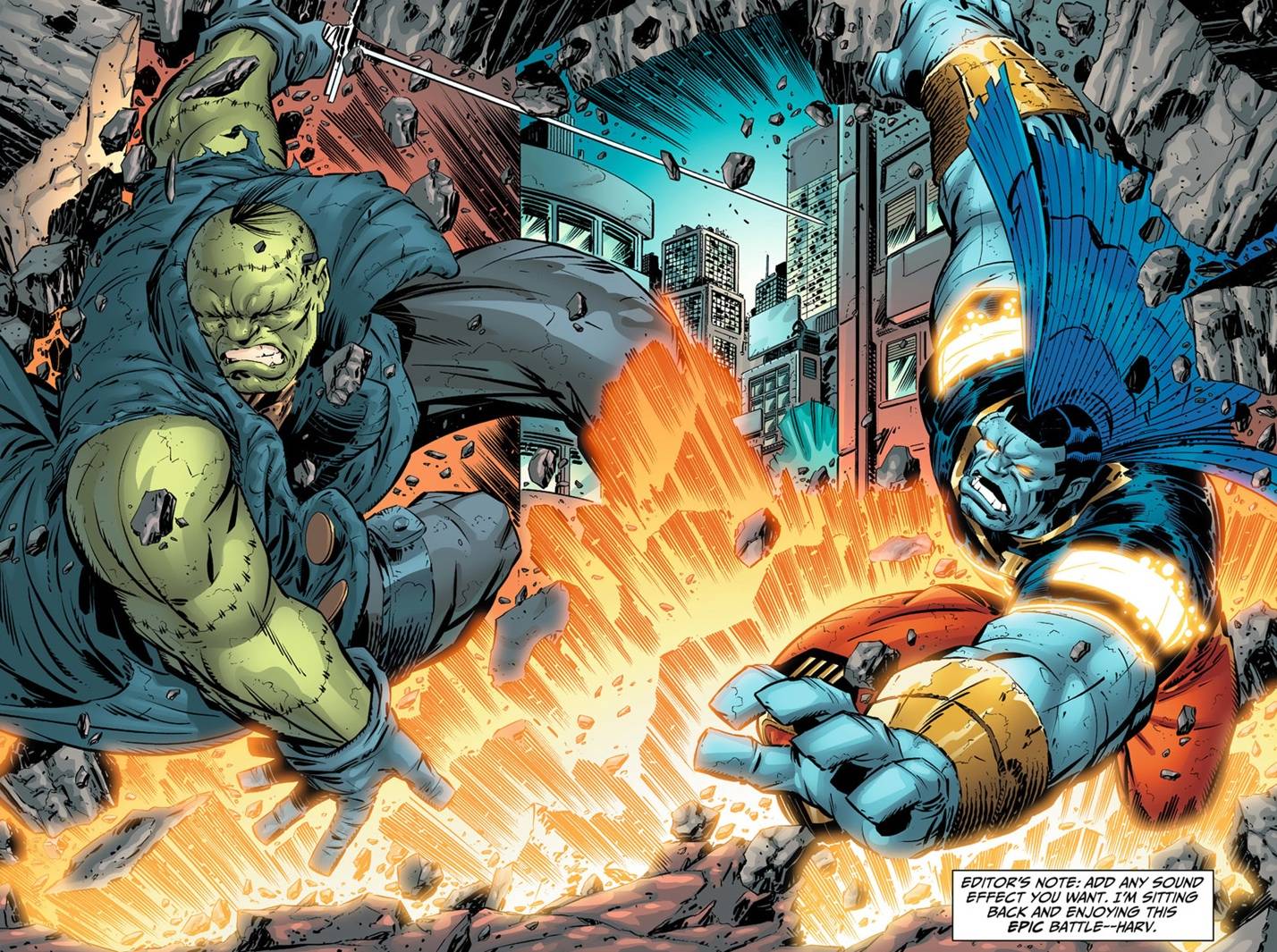 Dan Didio’s writing can leave a lot to be admired at times, being a bit too hammy at times, but with the assistance of co-writer Keith Giffen and the already outrageous premise, he was able to hit the mark with O.M.A.C. in a way that worked great as a Kirby tribute. Speaking of Kirby tributes, Giffen’s art style for the series was an amazing homage to The King both in style and in the motion of form - the two really set the tone for the series. Sadly the series had to come to a close, and under eerily similar circumstances as Kirby’s original, but ended with what might have been possibly the most interesting experiment in cramming in as much as character depth and insight as possible within a twenty-something page story. O.M.A.C. has since been seen in titles such as Justice League International and most recently DC Universe Presents #0.

The Third Wave started this past September and officially began in October with new #1 issues of The Phantom Stranger, Team 7, Talon, and Sword of Sorcery. Many titles have been lost but the future seems to have a hint of light as The New 52 progesses forward into its second year. As said earlier this is not a comprehensive list and there are plenty of other cancelled books with sizable/vocal fanbases. If there is a title that you feel has been unjustly left out share your thoughts in the comments section.