After months of speculation and bated breaths the so called LOST epilogue is here. On the season 6 DVD there is an additional twelve minute scene, chronicling events after the finale. The End. We all hoped that it would solve all the unanswered questions the show still has. This may have been a bit too much wishful thinking on our end. While the mini episode entitled, New Man in Charge, is not the be all and end all of LOST, it does serve as a nice cap to the LOST story and manages to answer a few of our lingering questions. I will not give a review of the ‘episode’ but will highlight answers to lingering questions.

The epilogue opens at a Dharma station, where we find two men in jumpsuits labeling and packaging supplies. They are given coordinates to what we assume is the Island and they have been doing so for a long time. Ben comes into the scene and tells them that not only does he serve the new man in charge and that Dharma is no more, but that Dharma has not existed in twenty years. The coordinates they are given are all automated and the pallet drops had been planned at least twenty years in advance 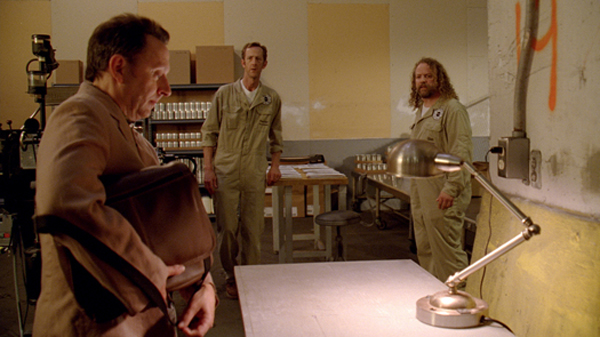 ANSWER NUMBER 1: The Supply Drop - The supply drops have come from this station in Guam for over twenty years and the men have had no contact with the initiative the entire time.

The two men have some questions for Ben and after giving them their severance pay, he agrees to answer one question from each of them. One of the men says, “we deserve answers” a sentiment that every LOST fan has asked at some point and the writers are more or less winking at us. One of the men asks where the drops where going and Ben tells him the island and that it moves. The other man asks about the polar bears and Ben agrees to show them the orientation video for the Hydra.

In the video we see Pierre Chang, using his real name while smiling at the camera to keep it a secret and avoid using aliases. The answer….genetic alteration creating hybrid,( or hybrid…….. yeah kind of lame) on animals and we hear the Hurley bird. The polar bears were chosen because they have keen intelligence and are highly adaptable to new environments. They also plan to use them at the Orchid using their cold resistance as a measure of test.

ANSWER NUMBER 2: The Animals - The Hurley bird was not calling out Hurleys name but screeching as it does in the video. The screech sounds close to saying Hurley, but the more logical answer (well using LOST logic), is that the bird is part parrot and is merely mimicking the “hybrid” phrase the scientists use. The polar bears are used for different experiments on the island, dealing with not only the Hydra, but also the Orchid, which we can infer means they are to be used to turn the wheel. 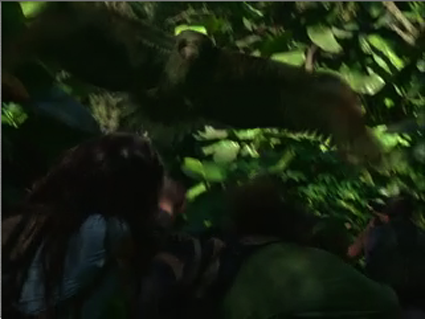 Chang continues to say that it is important to make sure none of the animals becomes pregnant because the unique electromagnetism causes birthing complications.

ANSWER NUMBER 3: The Fertility Issue - While Chang only mentions it in reference to the bears, it is safe to assume that the problem applies to humans as well. He says that the electromagnetism has severe effects on early term pregnancies. Not only does this solve the problem of not being able to come to term, but also may answer why Claire as well as Claudia, were able to give birth on the island. They were already far along in their gestation. Chang only mentioned the effect on early term pregnancy, so it would seem that after a set time, the best guess being three months, as that’s where Juliet said the problem was, women can give birth normally.

After Chang talks about the animals on the island he mentions the hostiles. This is where he goes into room 23 and we see the weird room the Others had Karl in. He says that it is to test the hostiles and to understand their adherence to what he calls, “an island deity they refer to as Jacob”. The participant is strapped down and given a drug to induce a dream like state and to make them forget everything after they leave the room.

ANSWER NUMBER 4: Room 23- The ‘clockwork orangeesqu’ room was used to study the hostiles. The drugs were used in an attempt to make them forget, because the Dharma initiative wanted to maintain the truce above all. 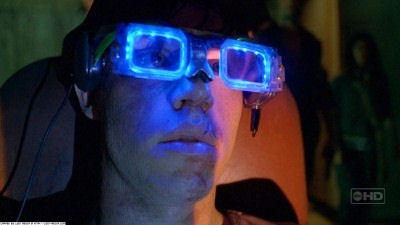 After the video, the men ask to see the video again, an obvious callback to the episode Orientation, where Locke says the same thing after he and Jack watch the Swan video, but Ben says that their time is up and asks them to close up before they leave. Ben walks out of the station, leavening the two men confused and sitting at the table. This was the writers way of saying be careful what you ask for.

The next scene opens up with a shot of the Santa Rosa mental institution; the same institution that Hurley committed himself to twice in the past. Ben walks up to the reception desk and asks to see Keith Johnson. The name is a big hint. He give the receptionist a letter and says that after Keith reads the letter, he will want to see him. We cut to….WALT. Walt is sitting in the same location Hurley had been playing Connect Four all by himself. Ben sits down next to him and the two start to talk. Ben apologizes for kidnapping Walt and he says that he understands all that the boy has been through. Walt has been forced to lie about who he was since he left the island and he has lived his life feeling as though something was missing. Ben says that they need him to come back and that he needs to help his father. Walt knows that his father is dead, just how he knew is never said, as the last interaction anyone had with him was John Locke before he was murdered and he told Walt that his father was fine back on the island.

Walt decides to go with Ben and the two jump into a Dharma van. In the back seat is Hurley, the new man in charge. Walt looks genuinely happy to see Hurley and says that he was always waiting for someone to come back for him. Hurley tells him that he wants to talk to him about a job and that he always belonged on the Island. He looks to Walt and Ben and tells them they all need to go home. The van leave Santa Rosa and the three drive off into the night, presumably to return to the island. And then….LOST. I have to say it was amazing to see and hear the ending thud. 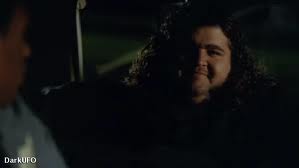 ANSWER NUMBER 5: WALT- OK well not a definitive answer, but it does give Walt some importance in the story. Since day one people have told him that he was special and until now, nothing had become of it. We all assumed that he knew far more than we did and more than he should. In season three’s finale Through the Looking Glass, he appears before Locke and tells him that he needs to get up and that he still has work to do. This appearance could not have been MIB, as Walt was not dead. Clearly Walt knew that something else was going on. When Hurley tells him that he wants to talk to him about a job, I believe he is talking about his job. Walt was always supposed to be a leader on the island, but circumstances kept him from achieving that goal. The islands plans for Walt were derailed, most likely by the struggle between Jacob and MIB, but now he is going back to reclaim what was always his.

New Man in Charge is a nice wink to the LOST fans. It is obvious that the writers made it just to answer a few of our questions. The finale was to end the story, but that meant that many of the mysteries were not going to get solved. While not a real episode, its only about a fourth of the length, it still has that emotional punch that only LOST can give. Watching the van drive away, we have to come to grips with the fact that this is the last we will ever see of any of these characters in this world. Say what you will about the finale and the show in general, but no show has ever garnered as many diehard fans, or has ever told a more complex, and at times, convoluted story. LOST treats is fans as if they are intelligent, which is more than you can say for most shows. There are many questions that we still do not have answers to, but we have forever to come to our own conclusions. This may be for the last time, but we are still……. 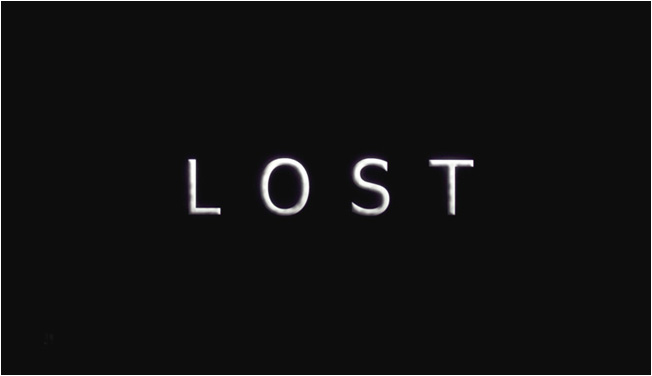