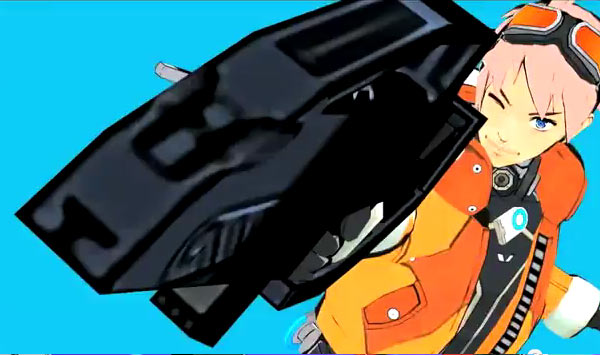 Capcom’s Lost Planet is getting a PS3/3DS spinoff, and…well, it sure doesn’t look like Lost Planet to me.

E.X Troopers is bubbling with a combination of seizure-inducing anime, and over-the-top J-pop. Just in case you weren’t sold yet, it also features manga panel cutscenes and a musical theme composed by J-pop star May’n. I just can’t seem to wrap my head around the creative direction that went into this title, but I think we can all trust its producer, Shintaro Kojima (Monster Hunter), to create an addictive experience.

The game takes place in an academy on EDN-3rd. An academy for what, you ask? Well, we don’t know yet...maybe it’s a school for teenage spunk? But, it still seems to retains the ice wasteland setting from the previous games, even if it has stepped up the vibrancy a notch (or 500 notches).

The game seems to feature grappling hooks, jetpacks, giant bugs, mechs and otomatopes. That’s about all the information we have at the moment, aside from Shintaro describing it as a “beginner's action shooter.”

E.X Troopers is said to release in Japan towards the end of this year on PS3 and 3DS. No news yet on the western release, so stay tuned.

For now, check out the colorful debut trailer: