"A review that will make you 'like' the Coopers and hopefully love your family"
By: Russ Matthews | Movie Reviews | November 29, 2015
Isn't this just a retelling of The Family Stone?  The challenge will be to provide something new for families this Christmas season.
Charlotte Cooper (Diane Keaton) merely wants to get her family together for Christmas. An annual event that may be familiar to many people for bringing with it both joy and trepidation to all involved. Her husband, Sam (John Goodman), is finding it difficult to go along with the celebration, because things are not going well on the home front or in their children's lives. This twisted comedic tale from director Jessie Nelson (I am Sam) attempts to connect all of the family member's lives together by providing a glimpse into each of them, as well as the impact they have had on each other throughout the years. Every stereotype of family life seems to have been included,  from the unemployed divorcee to the kleptomaniac spinster, the senile aunt to the high-flying writer - as well as their extended family and friends.
Most of Love the Coopers has the feel of a group therapy session for all who have to go home for the holidays. Most modern families are somehow represented by the various members of the Cooper clan. Every family member is representative of most modern families. They all have a part to play, except for the character played by Anthony Mackie (Captain America: The Winter Soldier). He becomes the unnecessary politically correct add-on to the film and does not add anything to the to move the story along. 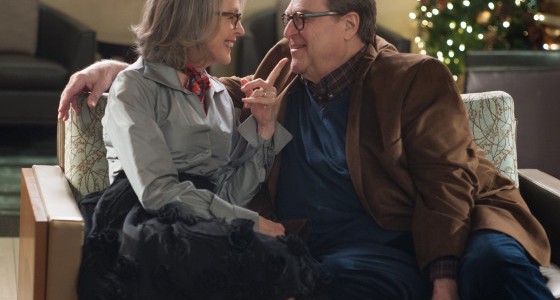 Most of Love the Coopers seems to have been done before in other Christmas-themed films, all the parts have been played in other stories and the comedy is exceptionally predictable. Unfortunately, even Diane Keaton has become a cliche. What happened to the actress of Annie Hall and Reds? Her roles have been relegated to the neurotic matriarch that is trying to get her family together. She is a professional actress and does fill these shoes well, but it has become so familiar that she does seem to be going through the motions of the role.
As you can gather, this is not a perfect film - but there is something to like about the Coopers story. In the unoriginal nature of the script there are flashes of reality that would even pull at Scrooge's heart strings. It is like coming home for Christmas dinner - some of it will not be a surprise, but there is always a small bombshell that makes the visit worth the trip. In true Hollywood form, the family situations on the screen are over the top, but at the heart of the journey there is something that connects with us all. Nelson's depiction of each character provides something for those who find it difficult to face their own family when life is a struggle. Each personality represents a specific part of the familial experience and will connect with different audience members. But the three characters that were stand outs, played well by John Goodman, Alan Arkin and Jake Lacy. These men represent each generation of the Cooper clan and become the anchors for the rest of their family members. They become the voices of reason that are willing to take an unapologetic stand for their stances on life and family. 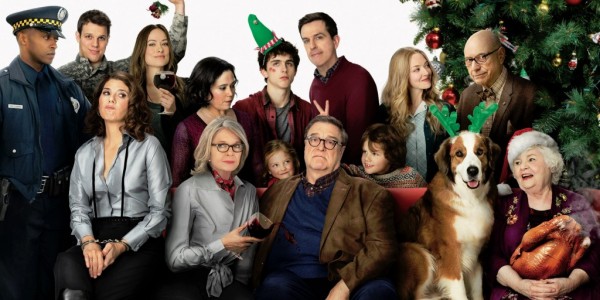 Love the Coopers initially comes off as a film that should cause us to groan out loud because of its lack of originality and its saccharine-sweet answers to life's problems, but in reality it does illicit laughs and tears instead. Was it a great Christmas film? Not really, but in this cinematic era that is dominated by dystopian apocalyptic stories and science fiction, it is a point of difference. It was refreshing to be entertained by a a straight forward family comedy. Nothing wrong with that at all. Merry Christmas! Watching Love the Coopers was an odd experience. Everything about the film screamed predictability, but it struck a chord with this reviewer. For all of its failings, this cinematic outing brought out a bit of joy during this busy holiday season.
Rating
6.0
Pros