Mainstream media has a short memory and Steve Jobs is mostly being remembered for his work creating recent Apple products like the iPad.  Gamers are likely to remember Steve for the many hours of play spent on the Apple II, or Macbook laptops, and even big blue G3 towers (with round mice that had one giant button).  These brought us endless joy with games by Mac-friendly publishers like Blizzard and Bungie.  Our PC department shares some of these Mac Gaming Memories: 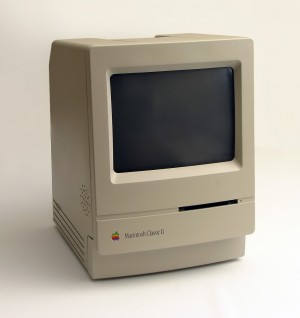 Even though iOS is rapidly becoming the most popular gaming platform in the world, before a few years ago, being a Mac gamer was a difficult road. Underpowered pre-intell processors coupled with integrated video cards, and all-in-one cases that made most upgrades impossible, and if your iMac couldn’t handle Warcraft III, you’d just have to toss it out and buy the latest model.  Still, the sleek design, and user-friendly operating systems kept generations of Apple fans gaming on our iMacs, eMacs, and Mac-minis with great games ported over from PC hits, and we even had a few games made just for our OS of choice (Thank you, Marathon).

Jasmine Pues
I was a translator for iOS developers (primarily Architechies Touch Software) for three years, I am grateful to Steve Jobs for creating opportunities for independent minded folk via the introduction of the Developer Programs and the App Store.

Fergus Halliday
While I never met Steve Jobs, his death is pretty sad to me nonetheless. I've never been a big Mac vs. PC person, giving both a Macbook and a gaming PC a space on my desk. While Jobs led a pretty extraordinary life and put Apple on the map with iPods, iTunes, iPhones and iPads, it's easy to forget that he also co-founded Pixar. While your opinion on Jobs might vary, he was without a doubt a huge figure in the tech world and his presence will be missed.

What about you? What was your favorite Mac game, and what sort of hardware did you play it on?  Tell us in the comments below.