Machete Will Return in ‘Machete Kills’

By: Woolf | Movie News | February 8, 2012
Machete rides again! Director Robert Rodriguez will be reteaming with producer Alexander Rodnyansky to make a sequel to the 2010 exploitation revival flick, Machete. The sequel, titled Machete Kills, is expected to begin production in April with much of the original cast expected to return.

The second installment in the planned trilogy announced at last year's Comic-Con will see Danny Trejo return to the title role as Machete Cortez, a Mexican Federale tasked with the government’s most dangerous missions of national security. This time, Machete will be facing off against a cartel arms dealer who seeks global calamity through use of a powerful weapon—that's in space. 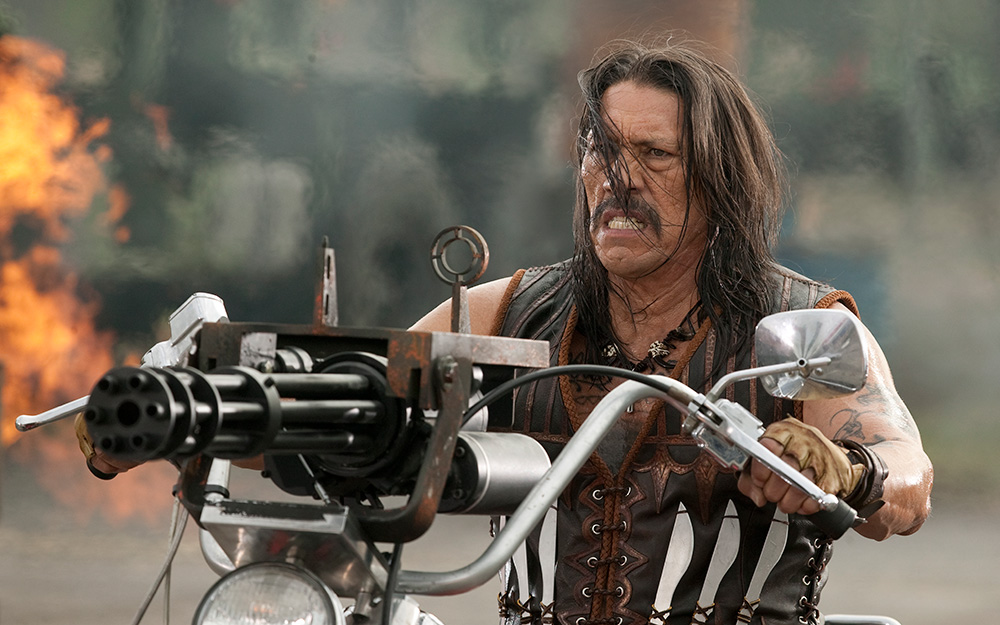 So it sounds like Rodriguez and company won’t be toning down the gloriously over-the-top violence and insanity of the first film, which oddly enough would be playing it safe. Even with a relatively modest $44-million box-office run, Machete was nonetheless profitable, something Rodriguez’s Quick Draw Productions will hope to reproduce by working on the sequels.

Trejo is currently in talks over whether to reprise his role, but it’s impossible to envision the film without him. Deadline quotes Rodriguez describing the fan response to the character as “fanatical since his first appearance,” and that the sequel will be “bigger and more ambitious than the first time.” If that means Machete doing battle on his chain-gun mounted chopper while in zero gravity, you can reserve seats for us right now.