If you thought the mind-altering experience of “The Crash” was a one-off treat (or drag, depending on what you thought of it) you were sorely mistaken because “A Tale of Two Cities” appropriates some of the previous episode’s drug-influenced motifs and applies them in a much more grounded chapter. Because of the overall, realistic take on the narrative, these special moments work much more effectively in this latest episode than they did in its predecessor. Don’s hallucinations and Pete’s surprising closing scene could have easily fit into the heightened and off-the-wall style of “The Crash,” but their impact would probably have been lost in an episode that was riddled with surreal and perplexing moments of equal or greater importance (a significant issue with that particular episode in which the story got drowned beneath the many unusual events). Placing these scenes in an episode rooted in reality (in whch much of the drama derives from workplace conflicts) calls attention to their significance and their weight in the characters’ arcs. 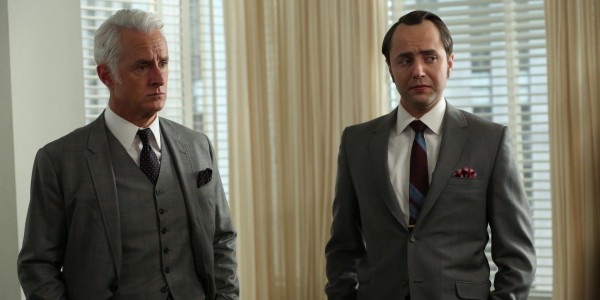 Pete’s arc in this episode is absolutely magnificent because it relies so much on what we have seen him go through throughout the entire season. He was on top of the world as the season opened (taking the company public, gaining Bert Cooper's trust and respect), but his success quickly disintegrated as soon as SCDP merged with CGC. His paranoia and anxiety concerning his job security has been growing as the season has progressed, and with Jim Cutler insistent that the CGC people take control of the company, his worries have been proven right. Of course nobody else seems to care that they are letting Cutler manipulate his way in order to usurp the agency, if only Pete could come off a little less whiny, maybe Don would give him the time of day. To have Pete’s arc in this episode essentially culminate in him sitting down in the creative lounge dejectedly smoking a joint as Janis Joplin plays in the background is one of the most unexpected scenes and developments to have transpired on the show. I mean this is Pete, who couldn’t even smoke a cigarette back in the day, and now he can’t take it anymore and apparently needs to just shut down. So often in the show Pete’s journey has paralleled Don’s life (young executive, moving to the burbs, extramarital affairs, etc.), and while we have seen Don in situations similiar to this, a comparison to Roger is stronger. Pete is almost mimicking Sterling’s persona as he turns to drugs for comfort/therapy/bliss and openly ogles the miniskirt-clad woman walking by, much like Roger did earlier in the episode. Is Pete giving up, relinquishing control of the agency like the rest of them? He certainly seemed defeated; perhaps he’ll follow suit with his fellow partners and allow Cutler and Chaough to steamroll over all of them. 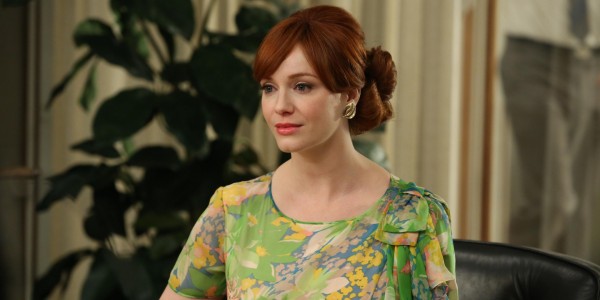 After being denied potential business by none other than Joan, it is easy to comprehend Pete’s frustration. This is the straw that breaks the camel’s back. Joan, experiencing her own dissatisfaction with her career, relishes the opportunity to handle her own account. We are at that particular juncture in the season (only three episodes left) when the disparate character arcs begin to converge; Pete and Joan’s stories have progressed through the season with distinct aplomb, and the way in which the writers decide to bring them together is a natural yet unforeseen maneuver on their part. Pete and Joan have established a kind of unlikely and particular alliance in these past episodes and have built an unspoken trust between the two, so it is interesting to see how that is dismantled in the most recent episode.


It is great to see Joan take matters into her own hands and seek out her own opportunities, because they certainly were not going to arrive via her coworkers. The meeting with Joan, Peggy, and the Avon guy is a fantastic scene, as we see how Joan’s gumption increasingly annoys Peggy. The subsequent argument, as they arrive at the agency, is undoubtedly the best scene of the hour. Of course, the argument between these two characters is based not only on the current Avon conflict but also on their shared history. Their relationship has never really blossomed into a full blown friendship, and mingled in with the occasional moments of shared female camaraderie there have been definite struggles and clashes between them. As always, the show works best when it draws upon the characters’ mutual history and the weight that adds to their current conflict. It's a long time coming for these two to air out their frustrations with one another, and both Christina Hendricks and Elisabeth Moss are marvelous in their portrayal. Also, going back and reminiscing about those early years at Sterling Cooper, it is amazing to see how much both of these characters have changed and grown. Ultimately, Peggy believes in Joan enough to save Joan from her unfortunate situation and she shows her that she really isn’t “just like them.” 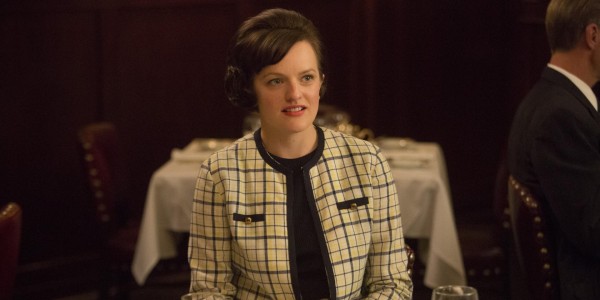 As usual, the most successful and enjoyable aspects of the episode are those pertaining to the office (the Avon drama, Cutler staging a coup, Bob Benson being Bob Benson, Ginsberg having a meltdown, etc.), while the California "business trip" material, though amusing, doesn't exactly hold up. Don is again, via mind-altering substances, exploring the themes of death and renewal. In the not-so-subtle hallucination sequence, the writers address Don’s dual nature, his desire for renewal, and his apparent death wish. As I've said before, this hallucinatory sequence is more effective than his weekend-long amphetamine trip, not only narratively, but also stylistically (the soundtrack and editing appropriately conveys the surreality of Don’s experience). His reaction to a possibly pregnant Megan is surprisingly positive, and based on the brief scenes of them interacting it seems that he is attempting to be a better husband, although he readily makes himself welcome to female attention. I haven’t really gotten a clear sense of his progression or arc in this season, and he seems to be very much in the same place where we saw him in the opening episode. He even gets a visit from PFC Dinkins, whom he met in the season opener. He let go of his infatuation with Sylvia, but apart from the conclusion of that relationship, has Don really made any kind of progression in these latest episodes?

“A Tale of Two Cities” (apart from the literary reference, the title could allude to the two cities featured in this episode, New York and Los Angeles. There's a lot of talk in that Carnation meeting about the location of the agency.) is an exceptional episode in which the signs of the season’s end are beginning to creep into the narrative. While we finally have a name for the agency, Sterling Cooper & Partners, its hierarchy is still in flux. Of course Cutler and Chaough throw in the agency’s name as a consolation price as they swiftly and surreptitiously make moves towards a power grab. It seems that the company’s future is in the hands of the former CGC men, and with the only person who seemed to care about this now seemingly unmotivated and resigned to let it happen, it will be interesting to see what changes await SC&P. 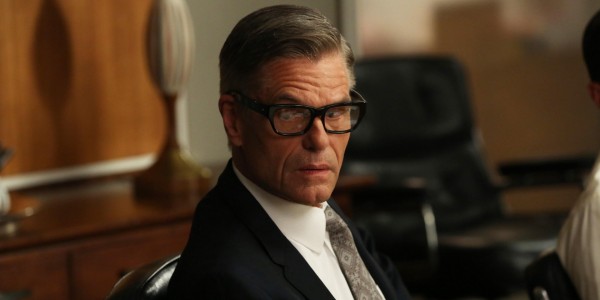 -- The use of news footage of the Democratic National Convention draws a parallel to the tumult and uncertainty within the agency itself. The uneasiness hasn’t gotten to the height of the 1968 protests, but will the agency suffer through such difficult times of hardship and discord?

-- What’s up with Ginsberg? Is the civil unrest just getting to him?

-- As Bob Benson conspiracy theories continue to permeate the interweb, the character keeps getting considerably more airtime in the episodes. He is seen listening to “How I Raised Myself From Failure to Success in Selling,” another indication that he is an ambitious and untrustworthy corporate climber. Though I do enjoy his scene with Ginsberg; this is the first time I actually liked the character (of course Ginzo was really upping the crazy).

-- Oh Danny Siegel, you short, miniature hippie. It's an odd scene between him and Roger because although Roger is being a complete ass to him and totally deserves that humiliating punch, he is still a favorite character and nobody wants to see him put in his place, especially by little Danny Siegel.