As of last night, “Favors” now reigns as the best episode of the sixth season; it exemplifies everything that is great about Mad Men: a fantastic mix of work and personal stories, genuinely surprising moments and developments, a wonderful blend of comedy and drama, perfect pacing (even when we are given moments to repose, they are still interesting scenes), and an emphasis on the characters’ shared pasts as well as on each individual character’s journey. The episode totally rewards long-time viewers by referencing and calling attention to the series’ past, which makes for a richer and more satisfying viewing experience. We have spent a lot of time with these characters and have gotten to know them extensively, so every moment that the writers trust the audience to pick up on certain details and understand the narrative shorthand is incredibly gratifying and appreciated. “Favors” is full of moments like these: Peggy’s conversation with Pete’s mother, Pete and Peggy’s banter during their dinner with Ted, Don’s entire story arc, etc., which add significant meaning and provide fun flashes of character interaction. 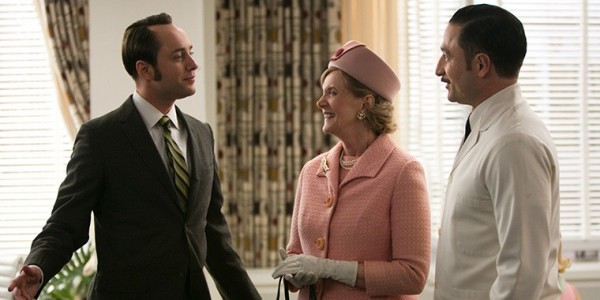 Drawing from the show’s past is not the only positive aspect of the episode; in addition to that, the conflict within the agency (which has been growing as the season progresses) is coming to a head, and Ted and Don’s clash provides interesting material, particularly Ted’s frustration with the way the agency is being run, and getting to know a little bit more about the enigmatic Bob Benson while still having the character shrouded in mystery is always a plus. What this episode does wonderfully is take the narrative in directions that are unexpected; sure there are certain aspects that could be predicted (for instance Bob’s possible homosexuality), but the unpredictable way the story unfolds ascribes the hour with an absorbing ambiance. So while Bob’s homosexuality is not necessarily a huge surprise for some (and this facet still remains quite ambiguous), the way the episode goes about revealing that: having him come on to Pete of all people, presents the storyline in a fresh and surprising way, making it all the more entertaining. Perhaps the most surprising and compelling storyline is Sally’s sudden knowledge of her father’s indiscretions; with it comes a new breath into the narrative of Don’s personal story.

As delving into Don’s personal life grew a bit tired over time, the drama with Megan and Sylvia this season was a bit too reminiscent of things we had already seen transpire; the plot development in this episode is greatly welcomed and genuinely surprising. As Sally makes her way into the Rosens' apartment the last thing I'm expecting is for her to catch Don and Sylvia in the act (a more benign encounter with Mitchell or Sylvia would be more probable) so, much like poor Sally, we are confronted by a real shock. After nearly six seasons of watching Don Draper work his way through a plethora of inappropriate affairs and get away with them fairly unscathed, this situation presents a completely unprecedented conflict. Sally is now old enough to be cognizant of her father’s nature and to have an opinion on it, in this case a negative one. Don for once, really cares about disappointing someone he loves and has failed to keep his transgressions apart from his kids. Jon Hamm’s performance in those moments right after Sally walks in is perfection. The impeccable mix of bewilderment, surprise, anger, and panic evident in his expression absolutely communicates the gravity of the situation. Watching him stumble his way after Sally, and later in the episode attempt to talk to her, is completely engaging and even heartbreaking. Don does not deserve the sympathy that the series gives him, but Hamm’s performance is so effective that it is hard not to feel for the character. And poor Sally, who earlier in the episode defends Don to her mother, saying, “He doesn’t think that I’m just a pain in the ass,” has had the very faint and uninformed image of her father utterly shattered. What the writers do with her character in the future will certainly be interesting. 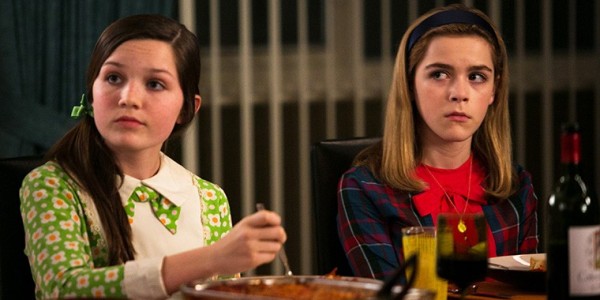 Don’s personal drama is not the only compelling storyline in the episode; as with any successful installment there is a lot of story packed into these 46 minutes. His reluctance to actively work for the agency is again emphasized in the Sunkist vs. Ocean Spray debacle. Ted is absolutely right when he confronts Don and is again shown to be the more reasonable and dedicated worker. His generosity in offering to help Don with the Mitchell situation just further emphasizes how much of a good guy Ted is. With his storyline we get a glimpse into his personal life and again are shown how similar and yet unlike Don he truly is. Ted’s marital problems mimic, in a way, Don’s previous and current marital hardships, but the story doesn’t come off as stale or repetitive because of the significant differences between the characters. While Don’s transgressions are a product of his neglect towards and general disinterest in his married life, one gets a sense that Ted cares much more than Don ever did; he isn’t out entertaining women in the city and he is truly preoccupied with his work. That isn’t to say that his negligence towards his family is justified, but this distinction paints him in a slightly more positive light; he is the noble Don Draper. It is nice to see a married couple have a discourse and actually talk about their issues; Nan is not Betty Draper, and she is fully aware of her husband’s misgivings and even seems to be conscious of Ted’s attraction to Peggy. 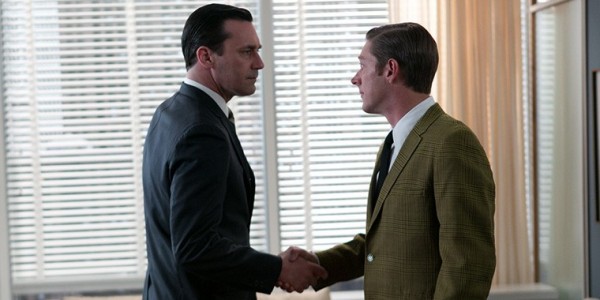 Ted’s decision to stay true to his marriage and family alone shows that he is not Don. This is very disappointing to Peggy, since she would totally engage in an affair if he were willing to, and she finds herself confronted by her own relationship anxieties. Pete and Peggy both are challenged with the prospect of being alone. Peggy is missing the comfort and protection of a partner, exemplified in the wonderful scene in which she calls Stan in the middle of the night; and Pete, after rebuffing Bob’s advance, realizes how alone he really is as he serves himself some cereal for dinner in his shitty apartment. The dinner scene with Pete and Peggy is another highlight of the episode; it is so much fun, and also relies heavily on the character’s shared history. Seeing how far they’ve come since the pilot episode just adds weight to their current situation, “At least one of us ended up important,” Pete tells Peggy and we know exactly what he means and the significance behind his statement. The brief acknowledgement of their past relationship is almost wistful, and it's great to see that they are capable of having that moment together. After their brief affair, they have always maintained an amicable and even pleasant relationship and it's great to see the show addressing their dynamic. There are even hints of something rekindling between the two, which, while a bit unsettling would make some fans happy, and could certainly happen given the way the show is written.


There are only two episodes left in the season and, if the show follows the usual procedure, in which the penultimate episodes provides the big revelations/shocking moments, then next week’s episode will provide serious dramatic material (not that they haven’t been delivered throughout the season). With the narrative the way that it is now, there are so many directions the writers could go, so it is difficult to accurately predict where these characters will find themselves in the season’s conclusion. I have no doubt we’ll be entertained. 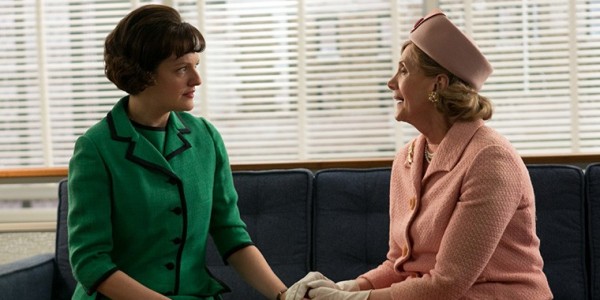 -- Through the episode Don’s motives behind his decision to help Mitchell are cloudy and unclear. Is he doing it for Sylvia or out of guilt for betraying Dr. Rosen’s friendship? It's disappointing to see him go back to Sylvia and to essentially have it be confirmed that he did all this for her. It will be interesting to see if this mess with Sally will actually encourage feelings of remorse from Don and drive him to attempt a sincere effort to change his ways.

-- Elisabeth Moss’ reactions in the entire scene where Peggy talks to Dorothy (Pete’s mom) are absolute perfection; from stunned and emotional to exasperated and uncomfortable, it's wonderful. The scene is perfectly capped with Peggy’s, “Did she go to China for that tea?” So good.

-- There is still mystery surrounding Bob Benson; the strong suggestion that he is gay does not mean he couldn't still be an opportunist trying to manipulate Pete. I’d still watch out for him.

-- Ted’s Fred Astaire/Ginger Rodgers analogy is great, especially as seeing as how he would be Ginger in their situation.

-- Sally is rapidly becoming a horribly disturbed/traumatized and dysfunctional adult.

-- No Joan, sadface. At least we get to see Sterling juggling oranges.