Mad Men – The Chrysanthemum and the Sword

Don Draper’s personal life may be in shambles, he may be drinking more than ever and striking out with women left and right, but at least in this week’s episode we finally get to see him resemble the Don Draper of old at work.  After witnessing a rare professional failure from Don a few weeks ago, while pitching to Janzen swimwear, it was refreshing to see him back in his element.  The victory may be modest; he doesn't even win the Honda account he's going for, he simply stops a competing firm from getting it and causes them to spend a lot of money in a losing effort.  But in this season, when we’ve seen Don pathetically passed out in the hallway of his apartment building, we’ll take any victory we can get. 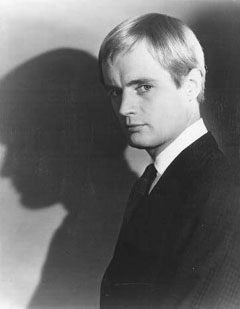 And a necessary victory it is, considering the mess his home life is currently in.  After a two-week absence, Don’s former family returns to the show.  Last week we saw the artistic and political revolution of the 1960s through the perspective of Peggy.  This week we’re starting to view the sexual changes going on, through the uncomfortably young eyes of Don’s daughter Sally.  First, while hiding from the babysitter Don left her with, she cuts her hair to try to look like the type of women she thinks her father goes for.  Then, while on a sleepover, she begins to touch herself while watching an episode of The Man From U.N.C.L.E. (she may be young, but at least she has good taste).  As the show focuses more and more on the society changing around these characters, Sally continues to grow into more of a central character and representation of these changes, despite the fact that she no longer lives with her father.  Actress Kiernan Shipka is doing some of the most impressive work on a uniformly well-acted show (although some of us are sad that she’s losing the lisp that was so endearing during the first three seasons).

The return of Sally also means that we get Betty back and (surprise, surprise) she’s not happy about the changes in her daughter.  Betty continues to be one of the most unlikable mothers ever seen on television (at least Livia Soprano was funny while she was trying to have her son whacked).  Her response to Sally’s haircut is to smack her across the face, much to the dismay of Don and her new husband Henry.  She also tries to blame Sally’s sexual growth on Don’s womanizing, while refusing to take responsibility for any effect her quick marriage to Henry Francis might have had.  It’s easy to fully be on Don’s side during their fights, but Henry does make a good point when he wonders why Don was going out and leaving the kids with a babysitter on one of the few nights he gets to see them.  In the end, she agrees to send Sally to a therapist (4 days a week!) and seems to realize how much talking to one might help her as well.  At least, talking to one that doesn’t call your husband afterwards and to tell him what you said, like the doctor she saw in season one did.

Against all of this drama, we had the return of the mischievous spirit in Don, as was displayed in last season’s finale when he first formed his new company.  After Roger, unable to bury his prejudices left over from fighting in World War II, offends the Japanese owners of Honda, Don makes sure their competitor doesn’t get the account either.  He fakes shooting a commercial for their pitch, leading their competitor to make a commercial of their own, which goes against the specific rules laid out by Honda.  This leads to the best “smooth Don Draper” scene we’ve had all season, when he marches into Honda’s offices, expresses insult that they did not follow their own rules, and hands them back a check for the money given to them for the pitch (in the nicest touch, he pays them back with his own personal check, showing how much this betrayal meant to him).  The plotline also gave us the episode’s funniest shot, of Peggy riding a Honda scooter in circles around an empty set, trying to make it sound like they were shooting a commercial in there. 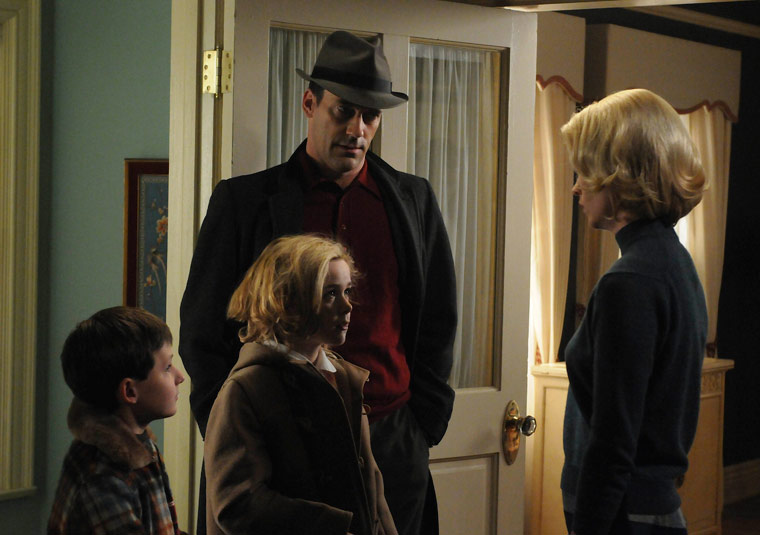 It remains to be seen if this brief return of the Don Draper we’ve come to know these past few years will be maintained, or if the downward spiral he’s been on will continue.  Similarly, will renewed confidence at work lead to a renewed confidence in his personal life?  Personally, I’m skeptical and think Don has a bit further to fall before he hits rock bottom.  But at the halfway point in the season, it was nice to see that underneath the booze and the mess of a personal life, Don’s still there, ready to re-emerge at the right opportunity.  It was great to see, even just for a moment.