The many ways in which Mad Men handles significant historical events have always been an interesting and compelling aspect of the series. This season in particular proves to be even more intriguing as it is set in the socially and politically tumultuous year of 1968. The season has been riddled with historical commentary, from pop culture references (Hair, The Tonight Show), to socio-political events like the Tet Offensive and protests against the Vietnam War. Characters on the show sometimes talk about certain events in a superficial way, or the topics are introduced in order to provide background and historical context. We hear snippets of a newscast or radio program, which provides us with vital information about the show’s setting, as well as the mood of the nation in that time period. While this season has previously utilized such historical references mostly as ways to establish the setting and background, history certainly took a front seat in this week’s episode.

“The Flood” tackles the assassintion of Martin Luther King, Jr. and the immediate aftermath of his death.It comes as no surprise that the assassination would be an important historical event that the show would choose to highlight, since this pivotal event would also go on to spur significant change in the nation as a whole. Much like “The Grown Ups,” in which the show covered the JFK assassination, the episode explores how the event affected not only the individuals within the world of the show, but how life in general was influenced following the ordeal. 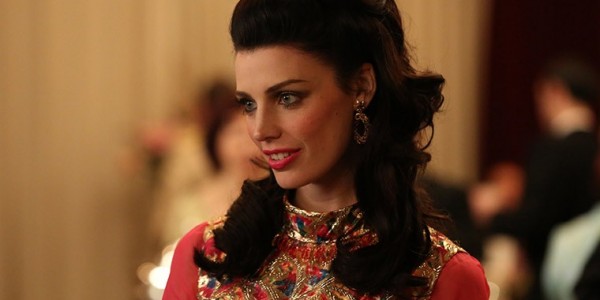 Dawn’s increased presence in last week’s episode suggested an expansion of the program’s worldview. Finally we had an African American character whose personal journey we were invited to explore, making it possible to delve into the issues of racial tension/experience that have been missing from the show. Once the episode’s theme was introduced, I was expecting the series to show us the African American perspective of the assassination through her character; instead we were shown a more whitewashed view of the entire ordeal. It was disappointing that we didn’t get a glimpse into what the African American experience would have been like, especially since it was a moment so momentous for the civil rights movement. Small glimpses of the ways in which African Americans suffered were provided: brief shots showing the diner employees reacting to the news; short scenes with both Dawn and Phyllis the next day at work; the small moment with Bobby and the theatre attendant. Regardless of the greater visibility of people of varying ethnicities in the show, this remains a world in which minorities are clear outsiders, not a part of the status quo; therefore they are not given equal representation (even when it regards an issue that resonates much more with them than anybody else). If it wasn't for the more personal glimpses we get to see with Phyllis and Dawn, etc., then the African American reaction would have been reduced to the various radio and news programs shown discussing the riots erupting all over the nation, which portray African Americans as a violent and angry mob; this is certainly a very misleading and narrow-minded portrayal. 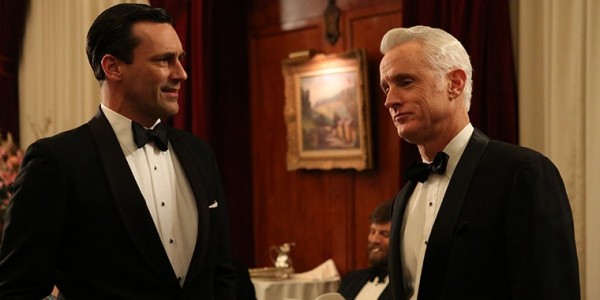 Perhaps Weiner was drawing on that idea, commenting on the fact that people such as Don, Roger, Harry, Peggy, etc., will never truly understand what it is like for African Americans. They might try to be sympathetic, and be sincerely upset by what has transpired, but their experiences will never be the same. The episode shows the paternalistic attitude and viewpoint they share; it might be a subconscious state of thinking, but it is definitely present. Some are more successful expressing their grief and sympathy; Peggy has a touching moment with her secretary and seems sincere not only in her understanding of Phyllis’ anxiety, but also in her own sadness. (This moment was a great improvement from the last time we saw Peggy trying to bond with an African American secretary. Seriously, that moment in “Mystery Date” still makes me cringe. Yay, Peggy!) Joan attempts to comfort Dawn in a similar way, but is totally rebuffed. Did Joan’s actions catch Dawn off guard? Or is Dawn just not welcoming this unexpected act of sympathy/pity? Even those who are forward thinking and progressive, who would potentially feel strongly about the African American plight, are somehow separate from the reality of the atrocity. Peggy calls him out. “Stop being such a martyr, you’re having the time of your life,” she says to Abe, as he types works in his typewriter, taking advantage of the tragedy to advance his own ambitions. While his intentions are probably earnest, there is still a sense he is exploiting the events of the previous night. We are watching this tragedy unfold through the lens of the privileged.

So the African American perspective is pushed into the background, and while this notable oversight is not enough for me to dislike the episode, the omission is alarming and difficult to get over. Still, there is a lot to enjoy in the installment: Peggy’s story continues to be engaging and absorbing, and I just love what they are doing with her this season. Elisabeth Moss continues to be awesome; her whole silent reaction to Abe’s comment about their future together is a delight to watch. You can just see the conversation she's having with herself running through her head, and her giddy and slightly awkward body language is endearing and sells the moment. And while I enjoy how happy she is as she contemplates a future with Abe, I am very intrigued with her and Ted’s relationship. Clearly, he is quite taken with our little Pegasus, and his wife seems to  suspect his slight infatuation; she appears openly resentful of the young copywriter. Ted absentmindedly takes Abe’s seat as he chats with Peggy, and the way he glances at her just as the ceremony begins is very telling. The writers are clearly building up for something, but where exactly they are taking this isn’t exactly clear. Peggy’s reaction to Ted’s behavior is hard to read; she is definitely uncomfortable with Nan’s (Ted’s wife) hostility, but doesn't seem too perturbed with the attention she is getting from Ted. It will be interesting to see how this storyline unfolds. Don’s arc in this episode is also interesting. His revelatory monologue about his feelings about parenthood is captivating and moving. Jon Hamm is always absolutely pitch perfect as Draper, and this moment is a great one for him. There is still so much we don’t know about Don/Dick, and any inkling into what he is thinking is welcome. 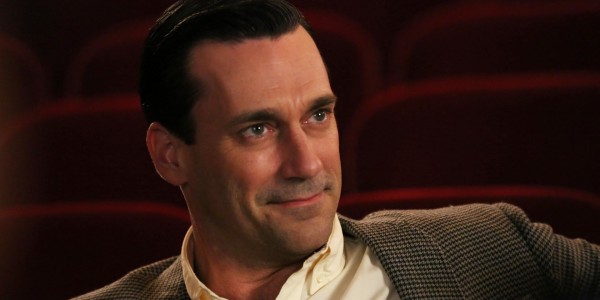 Pete displays moments of actual humanity in this episode, which is nice. It is easy to forget that he is a human being since he manages to be such a “grimy little pimp”, as Lane would say, on a regular basis. His outburst feels real and sincere, and doesn't seem like just an act to appear sympathetic to the cause. Perhaps it is a bit over the top, but Harry (as he is an insensitive ass) could use a screaming to every now and then. I would gladly trade the Betty drama and even the Ginsberg scenes in order to get a Dawn story or even more of Don in the episode.

Overall the episode is able to avoid falling into the schmaltz and sentimentality that plagues so many films and programs that deal with this moment in history, and Mad Men is better for it. Too often we get these, “inspired by true events” movies that just trivialize the events and exploit the angst felt by the people of the period. While I do have some issues with the way it is handled, the show still portrays it in a convincing and realistic way instead of resorting to a cliché-ridden hour of television.

-- So Stan is just baked all the time now. I know if we got more of Stan’s random buffoonery every episode, it would probably grow old and tiresome, but I am enjoying this character so much. Jay R. Ferguson has made good ol’ Rizzo one of the most entertaining and funny characters on the show. Stan’s the shit, second only to Roger Sterling.

-- Skinny Betty will soon be back? I hope so. I’m not saying this because I feel that Betty should be bound to the desired and unrealistic physical ideals, but because the padding and makeup just limit January Jones’ physicality so much. She wasn’t the most expressive actor out there to begin with, but now it is just ridiculous; her face hardly moves and she moves around awkwardly. The padding and make up are a distraction, a very annoying distraction.

-- Spot the Lostie: Hey, it’s Ethan Rom, watch out! William Mapother popping in as Roger’s accounting buddy Randall totally takes me out of the moment and makes me chuckle.

-- Again we hear more complaints about being a small company and being treated poorly. This open dissatisfaction with the size of the company and not being taken seriously by the competition is making the theory of a potential merger with CGC more and more plausible.

-- Pete’s call to Trudy gives me some serious “The Grown Ups” flashbacks; those two were actually really great together in that episode and we saw them almost fall into it again. Trudy totally snaps out of it and remembers what an ass Pete really is. Go Trudy!