Mad Men – To Have and to Hold Review: A Narratively Rich Hour

At last! After suffering through three hours of Mad Men with just the minimal amount of Joan awesomeness, we are finally treated to a proper Joan storyline, and it is glorious. We haven't really seen much of her since she endured the unfortunate liaison with Herb from Jaguar, and while some time has passed, the specter of her actions still lingers. Last week’s brief scene of her at Don’s office offered a glimpse into her persistent struggle with her own actions, and this week’s episode expands on that theme and further explores not only her feelings on the situation, but also the aftermath and how it has affected other people at the agency. When an old friend comes to visit her, she is forced to evaluate both her life and career, and I like to think that, ultimately, Joan is somewhat proud of her status at the agency. Sure, she gained her position of power through undesirable circumstances, but that doesn’t mean that she hasn’t worked hard for what she has, or that she doesn’t deserve to be a partner. Her value to the company is something that has been pointed out in previous occasions: her role is essential for the success of the company. As we have seen previously, she pretty much holds SCDP together and manages everything (let's not forget she was a key player in the formation of SCDP as seen in “Shut the Door, Have a Seat”), and it is safe to assume that she has taken over all of Lane’s responsibilities. 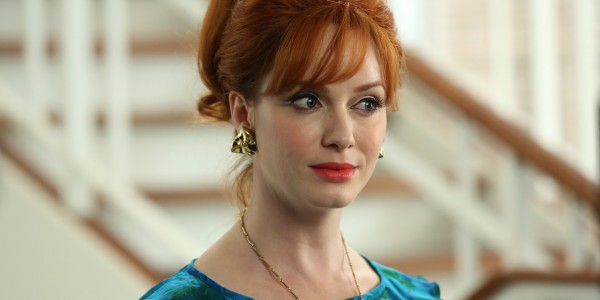 Harry’s hostility towards Joan, though, is a bit misguided because he completely undermines her role in the company and underestimates her capabilities. Still, his argument is valid; he has shown himself to be a successful employee in an increasingly important part of the business (illustrated by his “Broadway Joe on Broadway” idea). Advertising on television is only going to grow as time passes, and his position will therefore become more significant, with television advertising a vital component for the success of any agency. Harry’s outrage seemed to be appeased somewhat by the end of the episode, but it didn’t seem like the conflict was nullified entirely, leaving the possibility for hostility in the future. I would like to see a moment in which Joan is more vocal about her position, since we didn’t get that in this episode. She was frustratingly silent when antagonized by Harry; maybe she felt it unnecessary to entertain his complaints or perhaps she was taken aback by his brazen accusation. Regardless, I missed her standing up for herself. We know she is capable of it. Anything that lets Christina Hendricks showcase her badassery is welcome, and if that means Joan confronting Harry Crane, so be it. Again, Hendricks was pure perfection as Joan: the subtle downward glance when Harry accuses her, her no-nonsense interaction with receptionist Meredith, the fantastic flirting 101 lesson she gives Kate. She is an absolute joy to watch, with never a false moment. Regardless of the route she took to get there, she still belongs in that conference room. Joan knows this, and won’t apologize for her privileges; she seems determined to not let her past actions affect how she does her job. Kate’s view of her life, “You’re an executive…you’re there Joan, and from where I’m sitting it’s damn impressive. I don’t care how they make you feel it’s right in front of you for the taking,” while somewhat misguided, her statement has a ring of truth that is not lost on Joan. Her life is not exactly what Kate assumes it to be, but she has made something it something substantial. Joan isn't the only one struggling with her rise in the company; Harry is quite volatile and openly resentful of the new partner. I quite enjoyed this storyline, because it is only natural that someone would question Joan’s ascension and feel resentful of it. When Harry insinuated the reason for Joan’s promotion, “I’m sorry my accomplishments happened in broad daylight,” it was as much an attack on the rest of the partners as it was on Joan. Somebody had to give them grief for it, and even if it was Harry Crane, it was quite satisfying to see them confronted by something they all would rather forget. 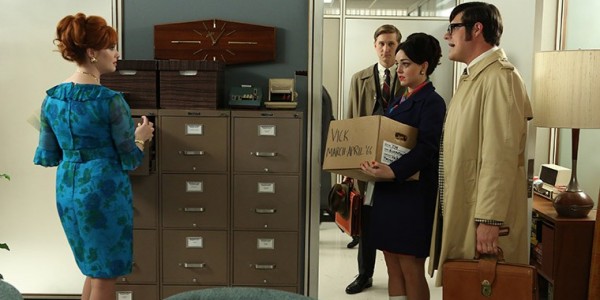 This is not a particularly fruitful time for SCDP, as things are breaking down in the office, Don and Pete’s covert mission to land Heinz Ketchup completely implodes and expectedly sends Raymond from Heinz Baked Beans packing. The clandestine antics of ‘project K’ are fun to watch, particularly Ginsberg’s curious interest in the campaign (you just know he was so jealous and upset for not being included). Stan and Don’s brief scene in the tinfoil-covered room is also amusing. It is a bit disappointing to see Don so readily go behind a client’s back, and pursue something else. If there is any sense of loyalty still present within Don, it seems completely gone by now and that’s a shame. However, the absolute best part of this story arc (possibly the episode) was the stunning standoff between SCDP and CGC in the hotel hallway and the subsequent scene in which Don listens in to Peggy’s pitch. 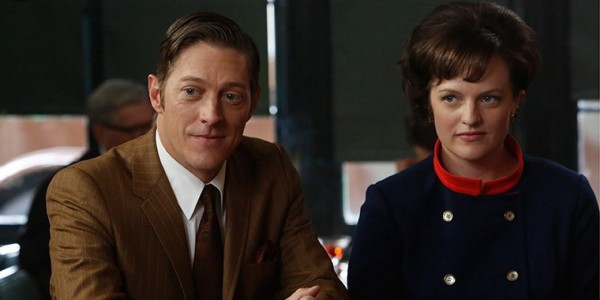 It was genuinely surprising to see Teddy and Peggy waiting outside the room, because while we knew they were going to pursue Heinz as well, the way the writers decided to execute the storyline was unpredictable and therefore highly entertaining. Don staying behind to eavesdrop on CGC’s pitch was magnificent; fueled by curiosity, anger, pride, and a hint of sadness, Jon Hamm sold that moment, especially when Peggy utters the “change the conversation” quip. Ugh, devastating. The expression on Don’s face was a perfect mixture of surprise, frustration, contempt, a hint of a smile showed subtle pride in his pupil; so much history between these two characters was referenced and addressed in the simplest way, and it conveyed so much. The way the show is able to draw on past events to make a simple scene absolutely emotionally and narratively resonant is masterful. It’s moments like these that make Mad Men the best television drama out there, hands down.

The two campaigns are very different from one another and I don’t think we are to believe one is so much better than the other. They are both successful in what they want to communicate, and it is really up to the client to decide which way to go. The campaigns show that Peggy is now Don’s equal, at least creatively; she produced a campaign that was a worthy adversary to Don’s and became a formidable rival to him. Ultimately, neither agency got the campaign, as they were beat out by a bigger company, but SCDP definitely got the short end of the stick since they lost the baked beans business as well. It was an unexpected way to end this Heinz story arc, since it seemed that it would go on for most of the season (much like last season’s baked beans storyline), building up a rivalry with CGC, dragging out the whole thing, and resulting in one of the two agencies with the ketchup account. Again, the writers went with a more unexpected route and ended in a concise and realistic way. Still, it is quite possible they will reintroduce the Heinz folk later in the season, there really is no predicting what will happen in the future, so I will stop speculating and just enjoy what the show provides, which is fantastic drama. 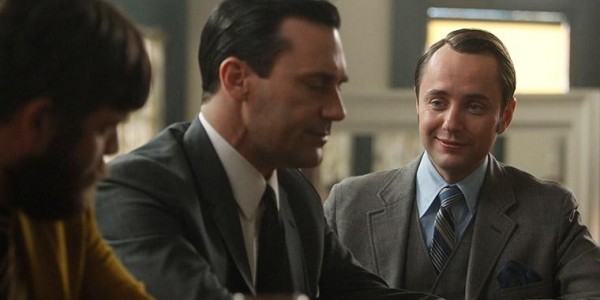 Another unexpected, but welcome development, was the exploration into Dawn’s personal life. For years now, Mad Men has been criticized for its lack of diversity, and Matthew Weiner has stood by his decision claiming that he was being historically accurate, but now the show finds itself in the late 60s and it is hard to justify a lack of racially diverse characters. While Dawn was introduced last season, she wasn’t given much to do (apart from “Mystery Date” in which she had that uncomfortable yet heartbreaking encounter with Peggy). It was nice to get to know more about Don’s latest secretary, and while some of the dialogue felt a bit too on the nose (Dawn’s conversations with her engaged friend), I still enjoyed the time we spent with her and am eager to find out more about her and see her interact with more of the SCDP gang. Watching those break room scenes with Dawn and Scarlett was so reminiscent of past seasons when it was Joan and Peggy having their own awkward conversations. How time has flown. 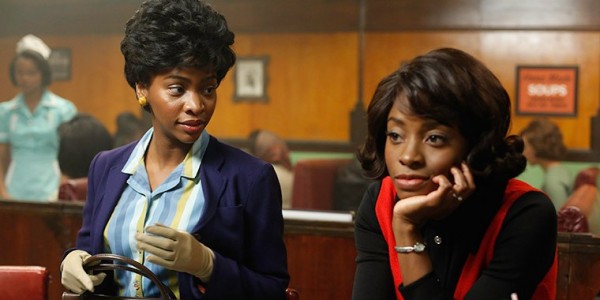 The Don and Megan drama was the least interesting part of the episode, merely because we have seen Don have marital issues many times before; at least it was presented in an entirely different way this time. I much preferred the work narratives in this episode than the relationship conflict; the former was just infinitely more interesting. It is incredibly frustrating to see Don be such a close-minded hypocrite, but at least Megan calls him out on his (not hypocrisy, she is unaware of his philandering) absurd indignation. Surely he must have known that love scenes were a very real possibility, especially working on a soap. Is he upset because of the nature of her work, or the fact that she is becoming more successful? We have already seen him feel threatened by her independence and ambition; much of season five dealt with Don learning to let go some of his control. I just hope the writers have a good sense of where this storyline is going, because I am losing interest in yet another Draper marriage.

“To Have and to Hold” was an exceedingly abundant hour of Mad Men. There were so many narrative threads that it would have been easy for this episode to have become an inarticulate mess, or a disjointed series of unrelated moments. Instead, all the seemingly disparate storylines interwove to create a structurally sound episode. Despite the many storylines: the agency going after Heinz, Harry’s growing resentment, Joan’s feelings about her job, delving into Dawn’s personal life, etc., they all flowed naturally into one another and there didn’t seem to be a loose thread. This installment has been the most successful as these season six episodes just keep getting better and better.

Random Thoughts
-- So sad to see Stan and Peggy at odds. When CGC showed up at the hotel I was feeling just as much for Stan as I was for Don when they realized that they were competing against their former colleague. I have become strangely invested in the Stan/Peggy relationship, and I hope they are able to get past this.

-- Don and Megan get propositioned by Megan’s boss. After getting a few swinger-ish vibes through the beginning of the series (Pete and Trudy’s uncomfortable dinner party, Don and Megan’s New Year’s party) finally, the issue is directly addressed. Loved Don’s reaction to the whole thing; Jon Hamm was great in the scene.

-- Bert Cooper finally has an office! Still have to take your shoes off to enter; gotta love him.

-- Ken walks into the bar where the Don, Pete and Stan are moping and doesn’t make the slightest attempt to acknowledge Peggy or Ted, ouch. Still mad about Peggy breaking their pact I see. Oh, Pegasus, burning down those bridges fast.

-- With very little material, Roger Sterling remains the funniest character. “No please, let him go on.”