Nintendo World Report has confirmed with EA that Madden NFL 25 will not release on Wii U later this year. 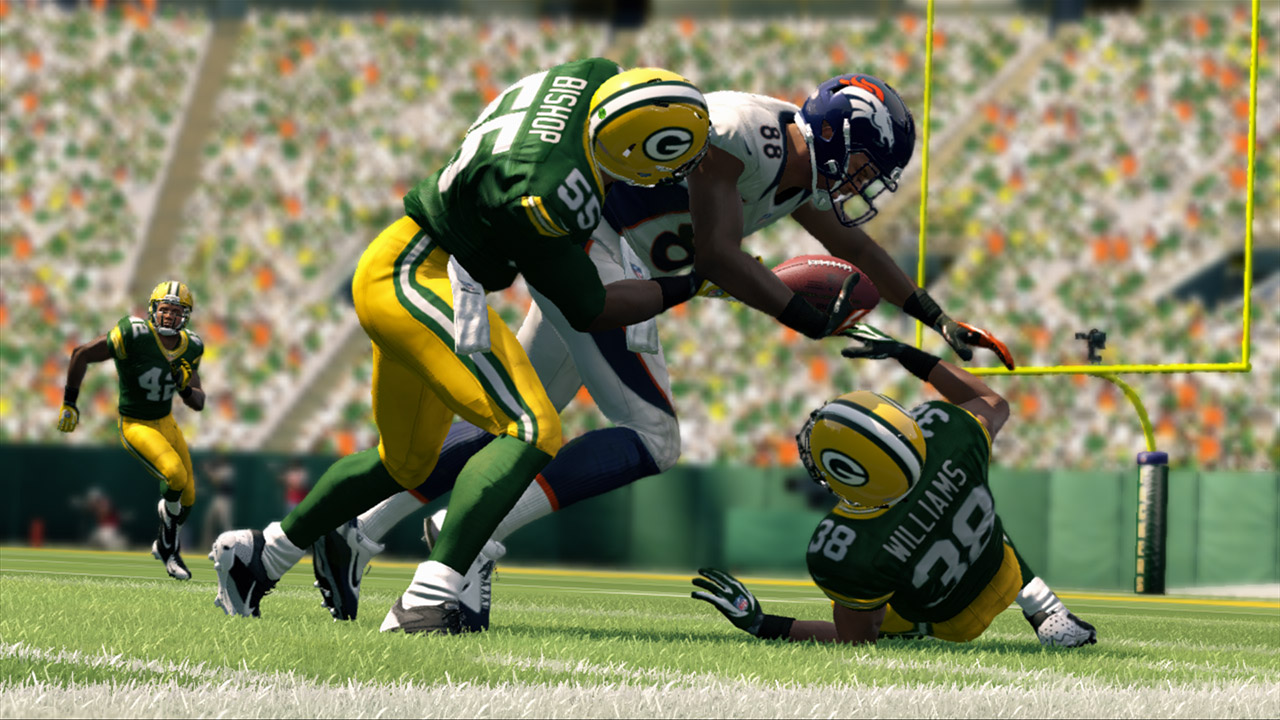 According to the site, EA Sports stated, "We will not be releasing a Wii U version of Madden NFL in 2013. However, we have a strong partnership with Nintendo and will continue to evaluate opportunities for delivering additional Madden NFL products for Nintendo fans in the future."

This will be the first time a Madden will skip a Nintendo console since 1992. The Super Nintendo, Game Boy, Nintendo 64, Game Boy Color, Game Boy Advance, GameCube, Nintendo DS, Wii, Nintendo 3DS, and Wii U have received previous Maddens each year since John Madden Football ’93.

This seems to be a continuation of EA’s lack of support for the Wii U and 3DS. Earlier this year, EA announced that Battlefield 4 would not release on Wii U and that Nintendo and EA couldn't come up with an agreement with a Wii U version of Crysis 3.