Magic continues to force its way back into the world. The issue begins in the cave where magic has been sealed off from the world. Cian is the Guardian that is currently in charge of guarding it. As the cave around him continues to shake he awakens the other Guardians. They take turns sleeping and guarding the seal. Jaimini and Elo wake up to see the cave shaking and change their mood from angry to worried very quickly.

Back with our main group, Danae receives a text message telling her that Lena is not the person bringing magic back into the world. Instead of calling her boss she decides to chew out Samuel who used to belong to a different group called the Brotherhood of the Dominion. There he used to be the number three inquisitor and would murder magic users. Even though he's switched sides and helped her, Danae tells him that if he doesn’t take a hike she’s going to call her boss and have a slew of Guardians rain down upon him. Reluctantly Samuel takes off leaving Danae, Father Swain, Darius, Lena and Ben to fend for themselves.

Lena calls her boss, Garrett Hicks, to figure out what’s going on. He tells her that she needs to find a boy named Darius Winters and keep him close. Little does Hick know that Darius is already in her possession. At the White House a nefarious plot is unfolding as a man uses magic to get past security into the bedchamber of the President. He takes out a magic sword and stabs the First Lady (who was revealed to have known magic) and then slits the throat of the President for being married to a “sinner.” Then the man leaves after casting a "jedi mind trick" spell that erases all memory of anyone being there. 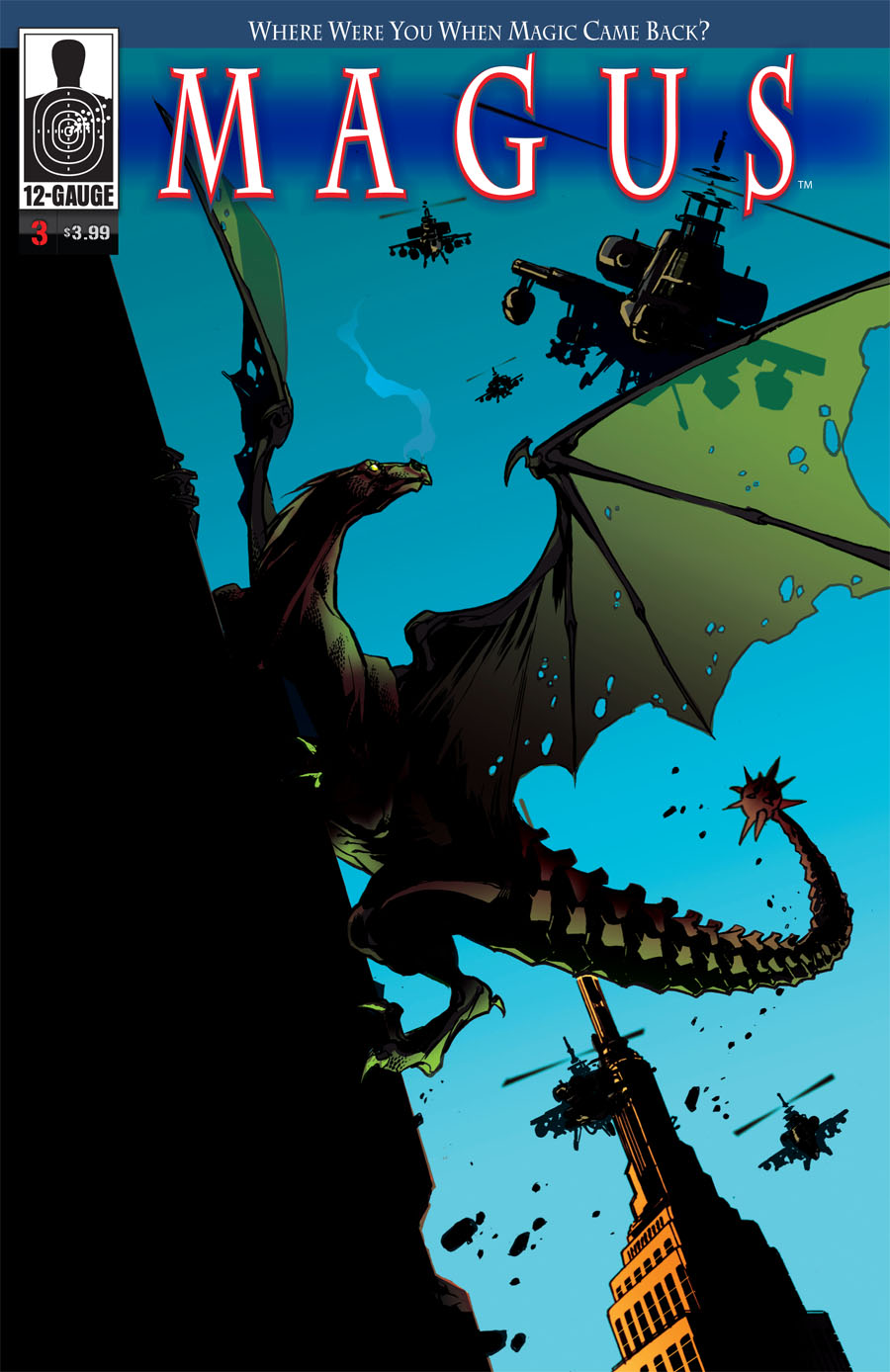 Back with the group Darius is trying to impress Lena who he’s shown a lot of interest in since discovering her. Ben asks her questions about why people are chasing her and what she’s done. Lena explains that she was in a loony bin for being a freak. Then she shows off her glowing red powers of magic. Danae questions the Father about Darius as they walk back to the Church. The Father assures her that he’s never seen Darius do anything related to magic. The walk quickly changes as they discover a wrecked grocery store harboring an Irish Dragon mutt. Danae tells them to stay outside as she goes to deal with the Dragon before it can become a problem. Darius is still trying to impress Lena and decides to run in before everyone else. The rest of the group follows him as he comes face to face with the Dragon.

The story really fleshes out more with this issue. Again the character development is a little stale, but I have the strong feeling that once the catalyst of the story is fully underway it will focus on the characters. Either that or it’s going to continue to happen subtly as it is now. Right now Darius' love affection for Lena is a little questionable; I don't know if he's been raised in the church all his life and has had little contact with women, but regardless it seems strange. The dialogue is pretty enjoyable, but mostly when it’s coming from Darius as he’s a bit of an idiot. The flip side of the story with the three Guardians was a nice mix and added that extra element to drive the story further down the road where it needed to go.

The art is still very good with Rebekah Isaacs being a talented artist that has a very consistent and detailed style. I enjoy the range she’s able to do with this series, especially now that magic is basically pouring into the world. Her wrecked grocery store was very realistic and felt like something out of a monster movie. Her Dragon was also very cool looking and she had an interesting take on the fictional creature. With the goose loose I can’t wait to see what other magic she puts down on paper. The cover art is done by the wonderfully talented Fiona Staples (My?tery Society) who really captures the feel of the book with her iconic cover images.

With Lucid ending this past week, you can look no further than Magus to get your magic fix as the book is jammed packed with action and witty dialogue. Hopefully the series will really take off with the next issue, but for right now it does a great job of laying the groundwork needed and holding the reader's interest until the proverbial shit hits the fan in the next issue.

For more information on Magus check out the reviews for the first and second issue.