Have you ever bought a book and held on to for almost a month, just in time for the next issue to come out? Well that’s what happened to me with this issue which is a shame because it’s really good. Issue #3 ended with a big reveal of sorts and frankly as good as the first three issues were they were just the warm up to the meat of the story. The fourth issue really kicks things off as it pulls back the veil of the world more.

To refresh the President and First Lady were killed by someone using magic at the end of the last issue. Now our story begins with an unhappily married husband and wife starting their day at each other’s throats. The wife is saddened by the news of their deaths, but the husband callously says that he didn’t vote for him so he doesn’t care. The news continues informing people to stay at home as “strange” events have been reported everywhere. The hate filled wife is the only one to catch this as her husband leaves for the day and is soon killed by a flying car. 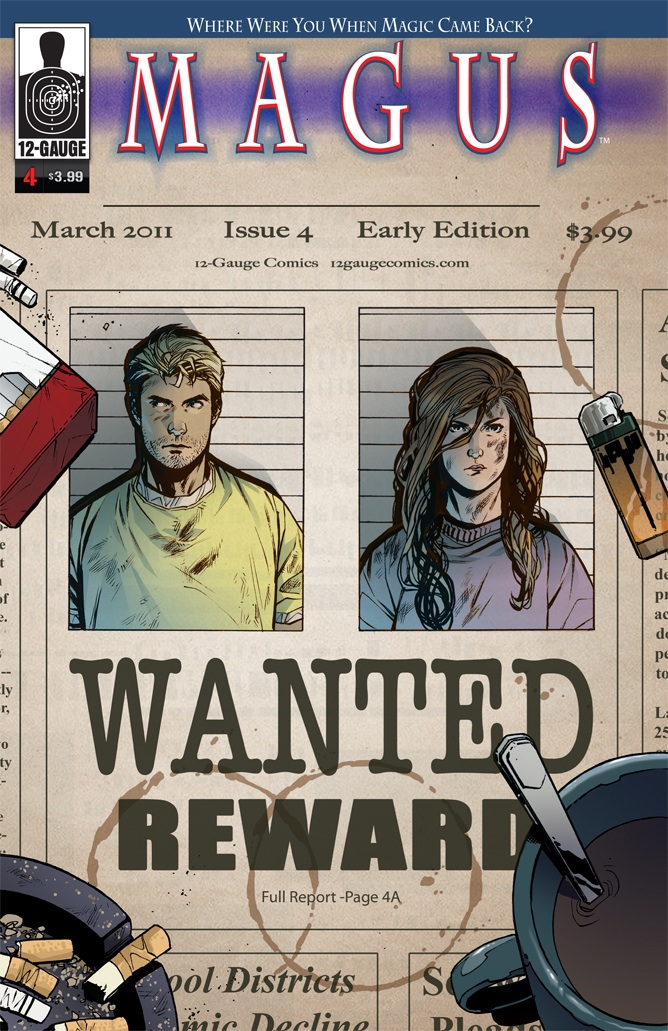 Our ragtag group has finally made it back to the church and is filled in by the ex-Brotherhood member Samuel. He seems to have all the answers which he’s instantly called out on, but it’s clear that he has someone feeding him information. He hypothesis’ that Garrett Hick’s is responsible for the assassination, which we know to be true. Lena wonders off again and Darius is quick to follow. They share a teen moment right before the institution goons track them down again. They use magic dampening technology to fight against them which results in both of them getting captured.

As I said before the story truly feels like its beginning. Magic is spreading throughout the world and now a bunch of untrained magicians are causing chaos around the country. Hicks is making his power play, but there’s still something that isn’t being given to the reader which keeps it interesting. I do wish that the main group could be broken up a bit more, if feels like they’re forced together at this point and really there should be a more organic way for them to separate rather than a kidnapping. It’s acceptable though, because they’re still not sure which boy is responsible for the return of magic.

The art continues to be just as strong as the story with pencils from Rebekah Issacs. Her art style really compliments Jon Price’s story with only a few road bumps along the way. The kids look too old compared to their adult counterparts. The story alludes to them being in their early teens, but they look far older than that. Issacs does a fantastic job of taking the one scene characters at the beginning of the story and adding as much personality as she can for their small role in the story. It really catches your attention and shows the chaos the world is in.

This issue really improved from the last and it’s good that the story is working into the second mystery of the series as the first has finally wrapped. This book has a different feel than the rest of the 12 Gauge books due to the fact that the action isn’t non-stop. It has a formula for when the action appears, but the story is good enough that you’ll never notice unless you’re looking for it. The fourth issue really reminded me of how much I’ve enjoyed this series and you can bet that I won’t take a month to read the fifth issue.

Overall Score – 8.7/10
*New Readers might be a little lost at first, but the story recaps enough to start from here*