One of the strongest things about Magus is that it’s not forced to start with its main characters, but instead it starts with either a look at the world or a flashback to give the reader a richer, fuller view of the story. This issue is no exception as it starts with a look at Garrett Hick’s past and a time when he developed magic powers of his own. His family life had become completely messed up as his mother too, had powers and used them for everything including lobotomizing her husband. It’s a great window in the world of a man trying to take over the world, but is still just a pawn.

Meanwhile at the church the group must figure out how to free themselves from the magic bubble their trapped in. After a pointlessly long debate the Father uses an old tunnel and beats up the Institute goons with a shovel and destroys the magic blocking device.  Afterwards we wake up with Darius who is strapped to medical table and is about to be poked and prodded by a man introduced to us as Dr. Curtis Fox. A cruel SOB that’s been experimenting on magic folks including Lena. Darius frees himself and begins going to town on the institute. He frees an old man that guides him to Lena so that he can save her. Which is good since she’s about to be either raped or murdered by the head guard that’s pissed at her for killing one of his men during her previous escape. The rest of the group finds the institute and picks up the kids who have set fire to the building. Finally though, Lena is freed from her prison. 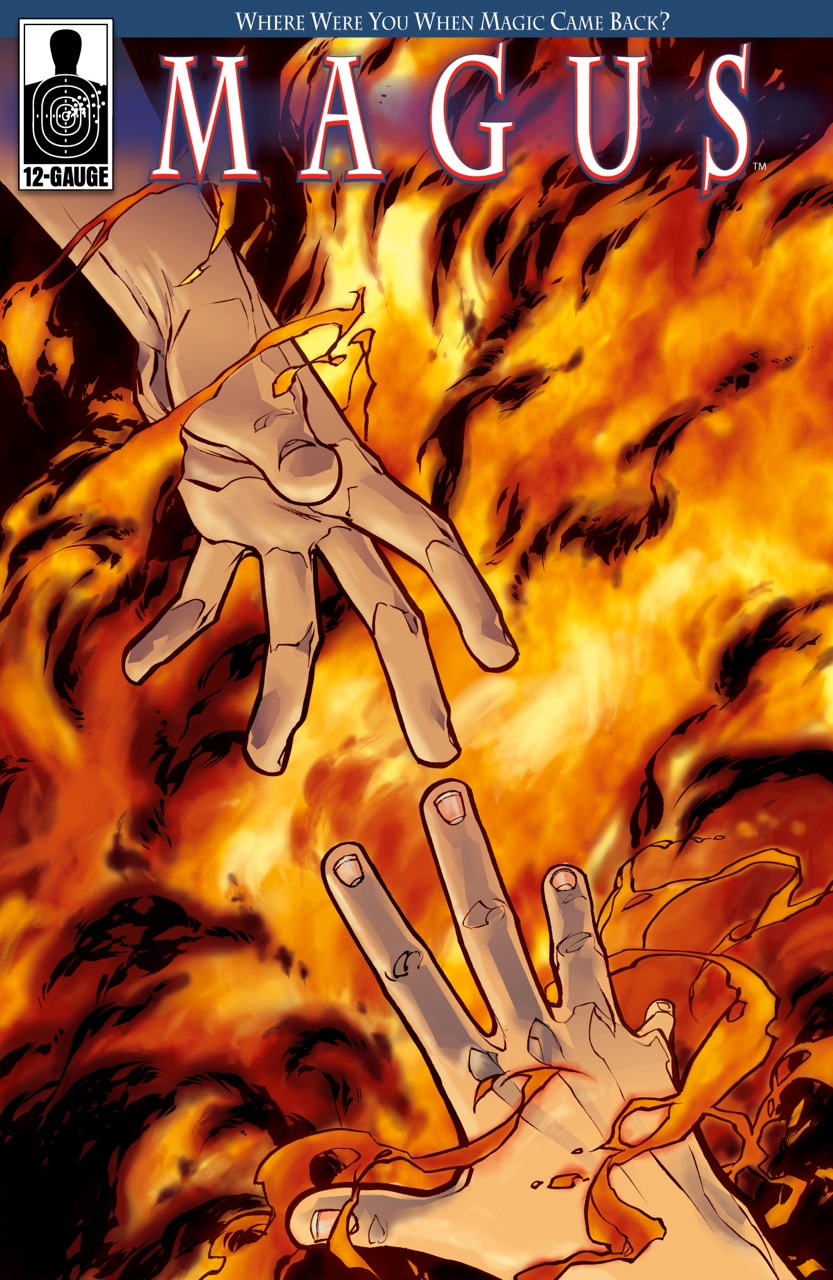 There are a few inconsistencies or rather conveniences to the story for this issue, but the ending is freaking awesome and other writers should use it as an example of how to do a revealing cliffhanger. Granted the reveal itself is still on the last page, there are several great pages leading up to it and the transition from one set of characters to the next is smoothly done as if it were an episode of a TV show. Jon Price’s style also has a TV episode structure to it and it works really well. There’s a very structured way that the story is presented, but it keeps the readers interested and build their interest for the next issue.

This series has an end in sight, but it’s very good and could very likely continue into a monthly series or at least a second series. It would be a waste to develop this world and characters and not have it live past this first story arc. Of course that will depend on the ending of the issue, but I find the idea of a world continuing with Magic very interesting and seeing how everything would change from there. It could easily become an X-Men-esc title where the world is against and hates magic users.

There’s not much left to say about Rebekah Issac’s art. It’s great and continues to be great throughout the story. If anything her art is good enough to take over on a lot of the dialog. Rather than the characters saying so much of their feelings, her art could easily show it for the reader. Either way though, it’s still a really good story and the art continues to work well with each other.

Magus continues to be a well-crafted series with developed characters and strong art that acts as the back bone for this rich and full world. A lot of books fail at making the world real, but Magus from the first issue has made it very real by having realistic moments and characters. Magic is a big theme in comics this year, but Magus is leading the way in quality and substances.

Check out the exclusive preview for this issue here!