If you’ve been following playeraffinity for any lengthy period of time, you probably know that I have a huge amount of affection for the Ninja Gaiden series. After investing tens of thousands of hours across all games (with a large chunk of that being Ninja Gaiden Black) and waiting almost 4 years since the last full game, my expectations for Ninja Gaiden 3 are, mixed to say the least. One half of me is unbelievably excited at the prospect of another game in the series, especially as it looked fairly likely that NG2 would be the final one. Then there is other half of me, the Ninja Gaiden player in me, who has kept up with every little scrap of information release about NG3 so far and he is very, very concerned.

I’ll start with the most obvious thing first, and that is the gameplay of the series. Ninja Gaiden is known for being an extremely difficult game, and places a heavy emphasis on forcing the player to learn, rather than simply dump a ton of time into it. If you’re not reflecting on your failures and determining why you died at a certain point and adjusting your strategy accordingly, chances are you’ll walk away from the series extremely frustrated. The beauty came from when you learned absolutely everything, you realise what to do and when to do it, and more importantly, what not to do. Once you mastered the mechanics you gained a degree of control that has yet to be surpassed. 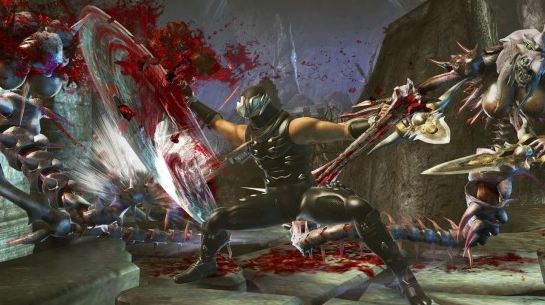 Why just have a sword, when you can have Tonfa too!

Now I’ve tried to take everything I’ve seen so far with a huge pinch of salt so far, the game has only been shown on the normal difficulty setting and the people playing don’t seem to be all that great at it. That being said, it’s more the way the game looks that causes such concern, to be frank, the game looks a lot more like Ninja Blade than Ninja Gaiden. There doesn’t seem to be any thought or strategy to the combat and you don’t appear to have anywhere near the degree of control you had in previous games. Which is a huge part of the appeal for Ninja Gaiden it seems that after landing a set amount of hits on an enemy, the game seems to take control away from it to show the much touted “steel on bone” move, Ninja Gaiden 2 already achieved this feeling with the obliteration techniques without the game doing it for you. The story seems to be the focus this time around.

Which brings me to my next point, Ninja Gaiden has always been rather silly. But never in such a way that makes you cringe (well, not all the time at least) but the story in Ninja Gaiden 3 seems to be extremely over the top in the worst way possible. Humanising Ryu is not something you can do with just throwing in a crappy story with some boilerplate characters on top. Ryu has been characterised thoroughly due to the gameplay of the past games, he’s a killing machine, pure and simple. It just fortunate that he seems to be on the side of good, Ninja Gaiden 3 is portraying his past endeavours him being some kind of mass murderer this is further exacerbated by what has been shown in NG3 so far. This isn’t a deal breaker by any means, NG has always been about the gameplay and it always will be, but this radical change for Ryu just seems extremely unnecessary and more importantly, seems completely oblivious of what actually happened in the previous games. There’s nothing wrong with trying to improve the story, but taking the approach of pretending the previous games happened completely different is not the way to do it. 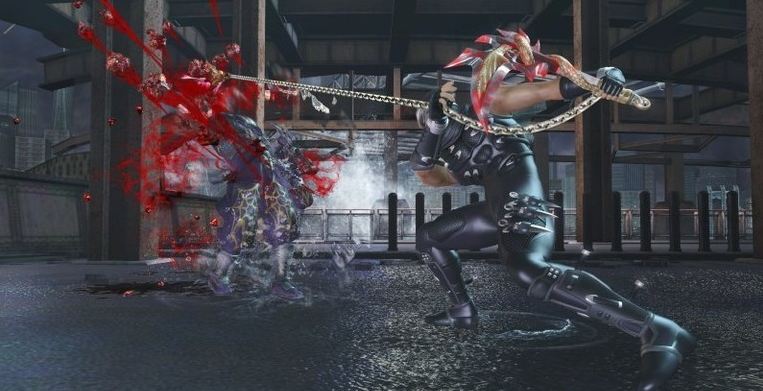 It has been almost four years since Ninja Gaiden 2 came out, and gaming has changed in a lot of ways since then and keeping the spirit of the series alive while at the same time being a success is a huge challenge for any developer. Ninja Gaiden 3 just seems to be doing everything it can to alienate its already niche audience and focus solely on attracting new fans. Which you have to admit, seems like a pretty terrible idea, you only need look to inclusion of team deathmatch if you require proof. Nothing has been shown so far to even hint that the original fan base of Ninja Gaiden is being catered to here. The more I see of this game, the more I can’t the shake the feeling that will fail to appeal to old fans, and wind up too generic of a product to attract any new ones.  Now I want to know what you guys think, especially if you are someone who walked away from the series long ago, do these changes appeal to you or do you feel that they’re just missing the point entirely? Let me know in the comments below.