By: Justin Moody | Comic Features | June 25, 2010
Comic Con is the largest convention for comics in the country, but year after year there are hundreds of new attendees that have never gone to a con in general. Consequently, there are hundreds of people that A) have no idea what to do or expect and B) still have no idea what to do even after attending the year before.

This article is designed to help you see the Panels and Speakers that you so need to see.

A Panel is when a company or person has a time blocked out in a room to promote their work or answer questions from the audience. Some big reveals happen at Comic Con in the form of Comics, Movies, TV Shows and Video Games, making it a once in a lifetime experience, as Twilight fans from the last two years discovered when exclusive footage was released before the movies. Don't think they don't still brag about that. In fact that's the hook of the Panels: you get the info first, straight from the horse's mouth. 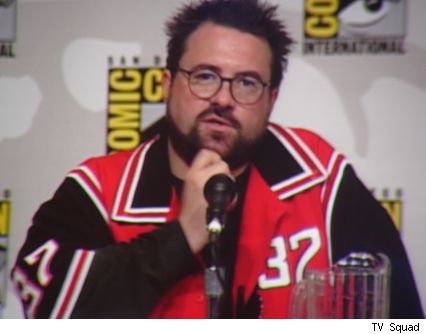 The experience most closely equates to a Music Festival. There is no possible way for you to see everything, and it's more than likely that if you're with a group of friends you're not going to want to see all the same things. The most important thing to remember when it comes to Panels is sacrifice.

Each day has a program of events scheduled months in advance. Upon entering Comic Con you are given the almighty program. Use this to plan your Panels the night before, but skip bringing it day to day. The most useful paper you will receive will be by every major door entering the sales room and it's a daily program in the form of one piece of newspaper. This sheet... it's your best friend because it has all the updates for the day and none of the clutter.

You want to see a Movie?

If you're there for stars and blockbuster movies then count on spending all day in Hall H. This is the largest auditorium and if you make it in... Don't leave. You may say to yourself, "Well I don't really want to watch that crap in-between awesome Movie A and bad-ass Movie B." Well too bad! If you leave after A the chances of you seeing B are slim to none. Why you ask? Because there's a line of people standing outside sacrificing an entire day to see Kevin Smith later, and once they get inside they're never leaving. But don't worry, they have over priced food and bathrooms to keep you from dying. What they don't have is deodorant, breath mints, or ear plugs to give to the group of seven that's been in a car for a week and wants someone new to talk to.

When it comes to TV, there are some die-hard fans that will miss an entire days worth of events to see their favorite cast member from Battlestar Galatica and ask a question about soda in space. The nice thing is that there are several TV panel rooms so you may not have to rely on just one. The other great thing is that the rooms often times clear out after each Panel due to the wide range in audiences that TV has. Sci-Fi fans don't really care about NBC's fall line up and the people that do aren't sticking around for Futurama. (That panel had better be great this year!) For the big stuff you'll be in Hall 20, which isn't hard to miss. This is typically the room in which advance screenings of TV shows and straight to DVD releases occur as well. I'd look for DC animations The Red Hood to premier here.

But I came for Comics!

If you're a fanboy or fangirl and you did not come for the Hollywood treatment then welcome to about 30% of the remaining population of Comic Con. You'd think that would mean you could just stroll on into any room featuring comics that you want... wrong! Comic 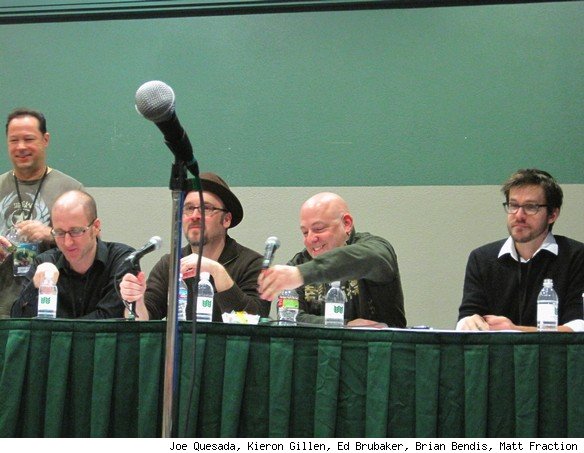 Panels get a lot of visitors, and since they're only not incredibly large rooms the space is limited. Since they share rooms with TV shows and other non-comic book events, those fans usually hog up the seats waiting for their event. This becomes the kiss of death for comic fans since DC and Marvel share the same room but compete with each other over time slots. This means you might really want to see something two rooms over but you'll never make it, forcing you to see your second choice as well as wonder why no one else in the room knows who Marvel Man is and why his return is important.

There's a lot of fun and information to be found at Panels, and if you're looking for Panelists who are willing to throw digs at each other and others then you'll find the most fun with Comics. If you're looking for safe answers and PR speeches but tons of exclusive footage (until some jack ass records it on his cell phone and posts it on the internet forcing the studio to also put it on the internet defeating the purpose of going to Comic Con) then movies and TV are your thing. Just remember... Sacrifice!