"She loves me, she loves me not... wait, who is she?"
By: Russ Matthews | Movie Reviews | October 18, 2015
The thought of another rom-com may turn some away from the theater immediately, but Man Up adds a refreshing twist to this genre that is worth a go. Beyond being a fun, romantic comedy, it gives rise to two key discussion points; one is the ‘everyman’ lead and the other is the differences between American and British romantic comedies.  Nancy (Lake Bell) is travelling to celebrate the 40th anniversary of her parents. She has a chance encounter with a young lady who is going on a blind date. Through a series of coincidences, Nancy ends up being mistaken for the other woman and ends up on the blind date with Jack (Simon Pegg). They have to work through a series of relational pitfalls and the realization they are not the people they thought they were at the beginning of the date. 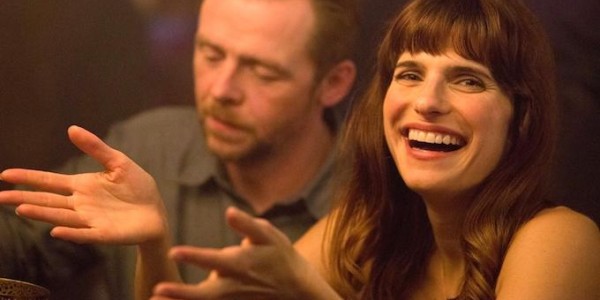 Simon Pegg has positioned himself as a comedic force in modern cinema. He has moved past the cult figure of Shaun of the Dead and plucky side kick in the mainstream franchises of Star Trek and Mission Impossible. He has managed to position himself as the new ‘everyman’ and is developing a niche for himself as an unsuspecting lead actor. The everyman is the actor who seems to travel between film genres successfully and is appealing to a wide audience base. He is an actor people can relate to because he acts how they think they would react in these cinematic situations.
In Man Up, Pegg is not merely the comic relief, but successfully leads the performances in this romantic comedy. He has the depth to manage the drama, but is exceptionally endearing within the comedic scenarios. Bell and Pegg's performances make this film appealing and enjoyable. It has its laugh out loud moments, includes serious components and plays on the comic genius of Pegg. Playing against Pegg, Bell proves to be a multi-talented actress who holds her own on screen. Overall, the story line suffered from many of the trappings of the rom-com predictability, but this was a refreshing spin on the genre and worth seeing for the Bell/Pegg dynamic alone. 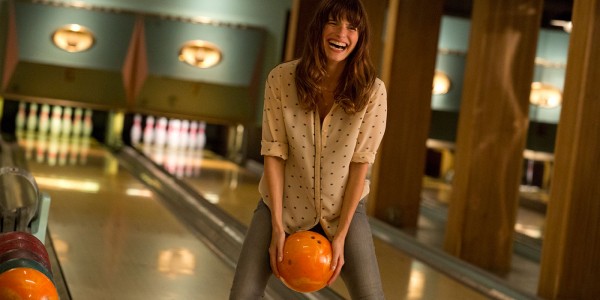 This film experience became an interesting cross-cultural scenario for an American watching a British romantic comedy in Australia. As a romantic comedy, Man Up works in the tradition of the British romantic comedy and brings forth key cultural differences in comedy. It was not groundbreaking in its delivery, but the depth of the lead characters helped to give this film style a fresh twist. It stays within the British tradition of Love, Actually or Notting Hill, replacing Hugh Grant with Simon Pegg.
The British tradition incorporates a darkness and bluntness that differs from the American style, which tends to be a more subtle and softer delivery style. The British tradition tends to lean towards the melancholic, while the US equivalent has a lighter heart. Language usage and sexual conversation lack any subtly in the world of the English cinema, while the American film would include the hopeful chase scene that brings together the lovers within a sunset backdrop and would conclude with a ten years later scenario. 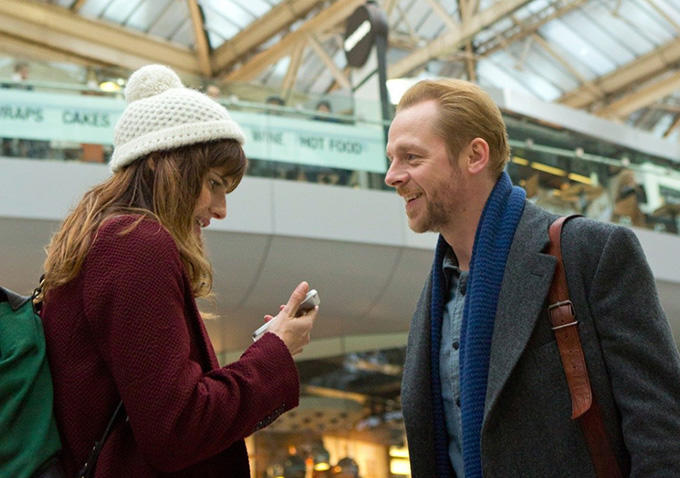 Irony is a tool of the British film, while hope is the vehicle of the American tradition. Both styles work, but deliver a different look at relationships and comedy. Man Up manages to stay within the British tradition and may have found its new leading man. This is a romance for adults only, but will make the single adult laugh out loud at the circumstances that are set in the reality of modern dating.
Rating
6.0
Pros