Universal is on a roll of picking up projects that Disney didn't follow through with. After having saved the adaptation of Oblivion, the next film from Tron: Legacy director Joseph Kosinski starring Tom Cruise, the studio has now picked up Cowboy Ninja Viking, with Marc Forster (Quantum of Solace, Monster's Ball) set to direct. 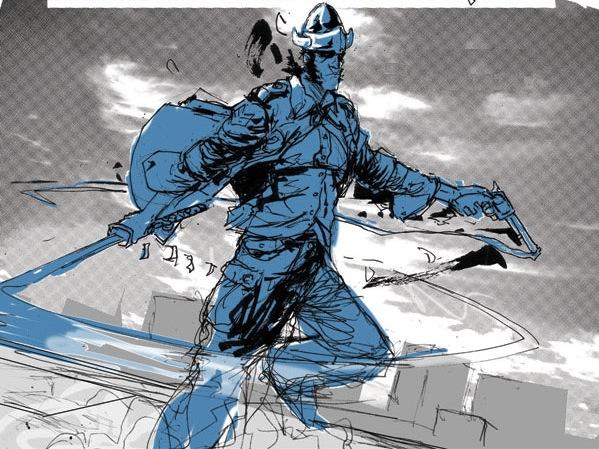 The story of a government program designed to turn schizophrenics (criminal and otherwise) into assassins. The lead hero of the comic survives the program, having gained the skills of (you guessed it) a cowboy, ninja and Viking. When the project is shut down after a botched mission, all participants are shipped off to an insane asylum—all save for the hero who eludes capture and begins hunting the one responsible for the program’s creation.

The series was created by A.J. Lieberman and illustrated by Riley Rossmo. It began publishing in 2009 through Image Comics.

Forster is currently wrapping production on the Brad Pitt starrer World War Z, scheduled for a release on Dec. 21.